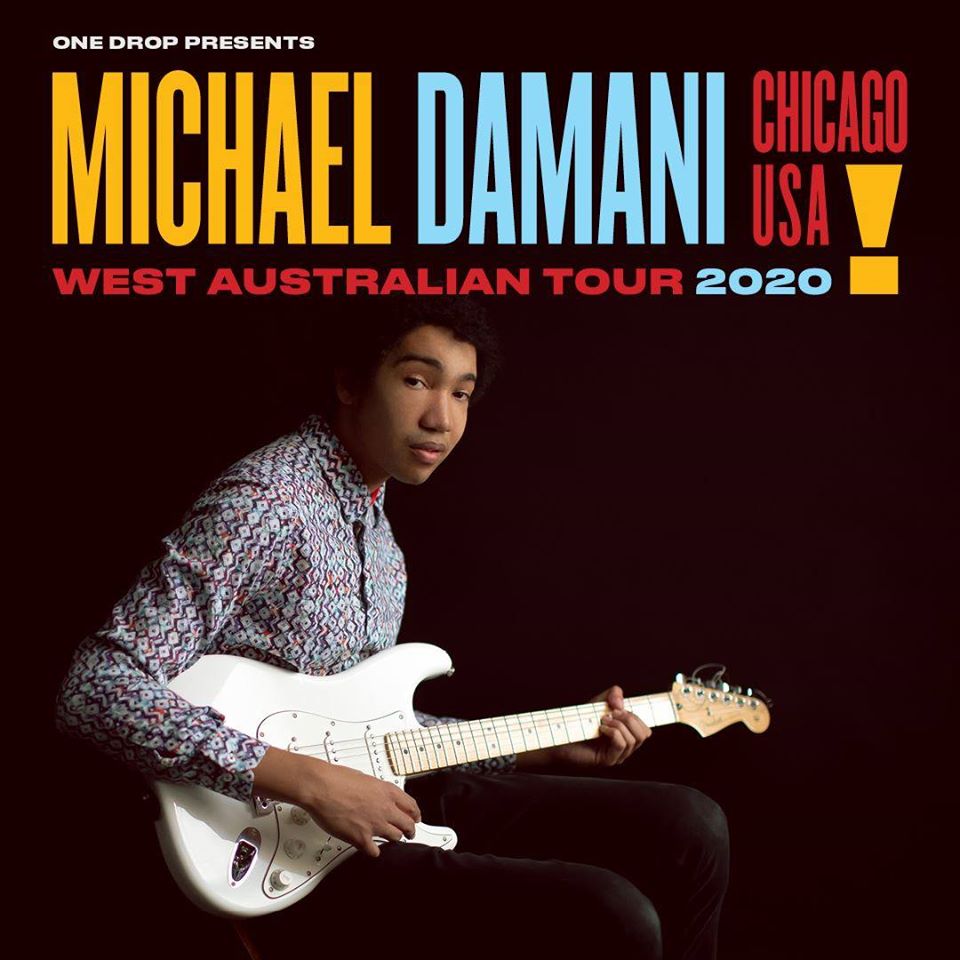 In November of 2019, the Original Chicago Blues All Stars blazed a trail through WA, taking their audiences back to the core of the genre. Led by Willie Dixon’s son Freddie, the band also showcased the fine guitar work of 25 year-old Michael Damani, who made such a huge impact that he is returning for his own WA tour in late February.
Playing with the Original Chicago Blues All-Stars has been an education that has complemented Damani’s own creative energy and thirst for playing guitar onstage. Damani is set to release his debut solo album, MiTOak, later this year.  It’s both an exploration and invocation of a life lived well in music, with all the ups and downs that the blues conveys so well.
Accompanying Damani on this WA tour will be Chicagoan multi-instrumentalist Jordan Dingle on bass and Tyler Ray, of local blues torchbearers Old Blood on drums.

Michael Damani will be supported by the Hot Biscuit Band (7.30pm) and Matty T Wall (9.45pm)

A band of veteran players headed by Rick Steele with a mix of blues and laid-back country rock, The Hot Biscuit Band manages to cultivate a definitive Australian imagery with its music, rather than merely reproducing American roots music.
The band took its name from the legendary "King Biscuit Time" radio show, which brought music to generations of black Americans throughout the Mississippi Delta and beyond, spawning the career of BB King, among others and often cited as the birthplace of rock'n'roll. In a similar vein, the Hot Biscuit Band has fostered the talents of many fledgling performers over the years, but retained the integral unit that made the band popular in Australia and NZ. The re-united 2011 band features Rick Steele with Richie Pavledis and Marc Gordon.

3 time #1 Australian Blues Album achiever Matty T Wall is back with The Matty T Wall Band; featuring the incredible drummer Ric Whittle and Brilliant bass powerhouse Stephen Walker. Matty on Vocals and Guitar has been hailed the penultimate blues shredder of Australia and has blown audiences away all over the country at some impressive festivals. Don't miss the chance to catch the man and the band, who managed to get the world's top blues rock kings on board for his latest epic album: Transpacific Blues Vol.1