Brisbane’s favourite politically-charged quartet Good Boy are coming in hot with a plate of perfectly steamed (and somewhat bittersweet) announcements today – kicking off with the release of their new single ‘Extended Heavy’, a delicate and delicious addition to their already-delectable discography.

‘Extended Heavy’ leans further into the pop realm than previous singles, blossoming into a short, sweet, and singalong-worthy chorus following a bouncing, strum-heavy verse. It is the perfect final step into the announce of Good Boy’s long-awaited debut full length record, ‘It Takes A Lot of Skill To Milk A Mare’, out Friday February 28.

Good Boy have carved out a career loaded with so many highs, and what goes up must inevitably come down. With that in mind, Good Boy are also today announcing with heavy hearts that this record will be their first and final, with the band calling it a day following the album’s release – the end of an era.

Fortunately, this bittersweet news comes with one final hurrah. Good Boy will perform their last show at The Triffid in Brisbane on OCT 23. This will be their biggest headline show to date, and is set to pay homage to their past releases as well as their new record.

Tickets are on sale this Thursday February 6. 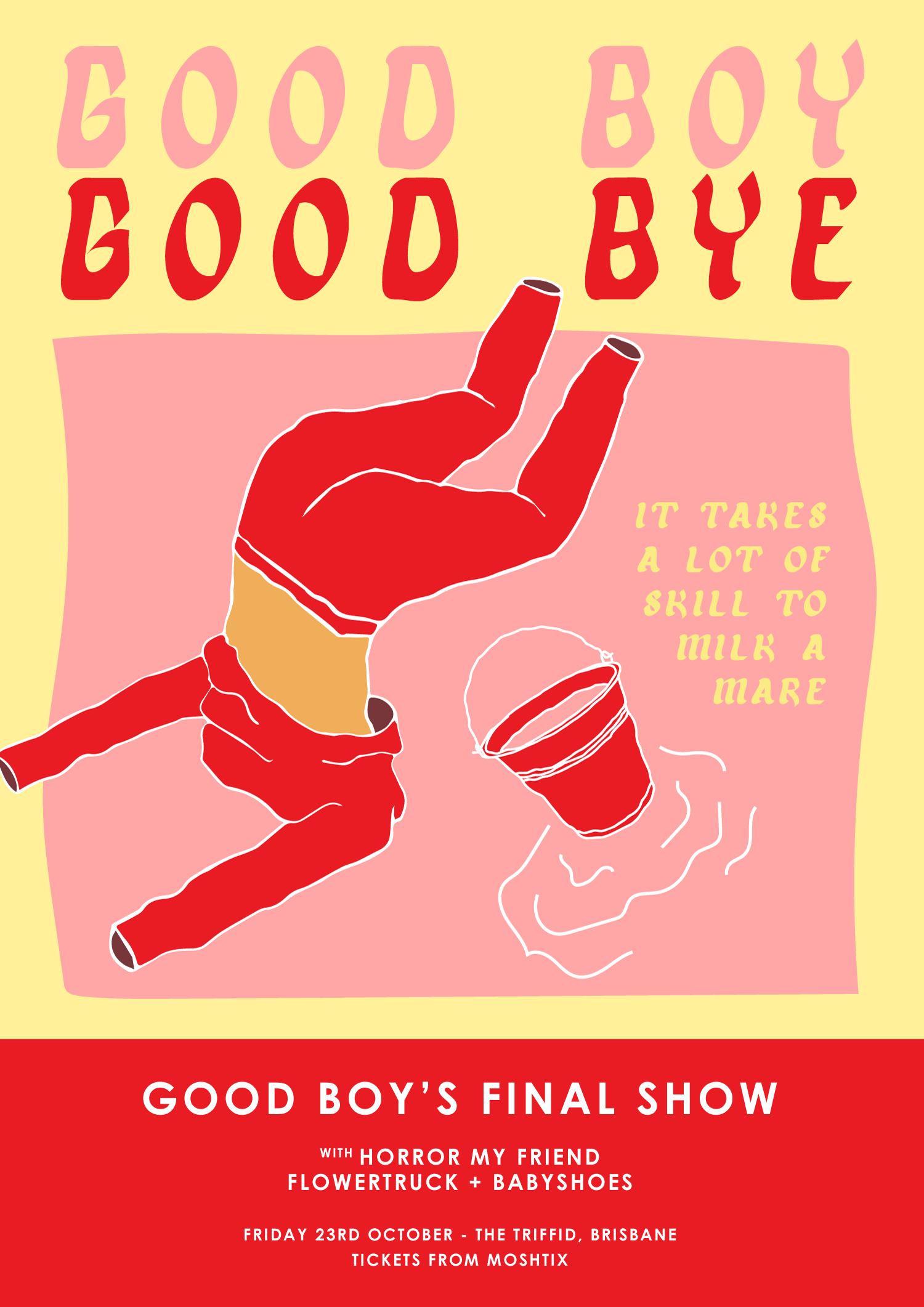 This event has been rescheduled to 08/10/20. All ticket holders have received an email with ticket information more »