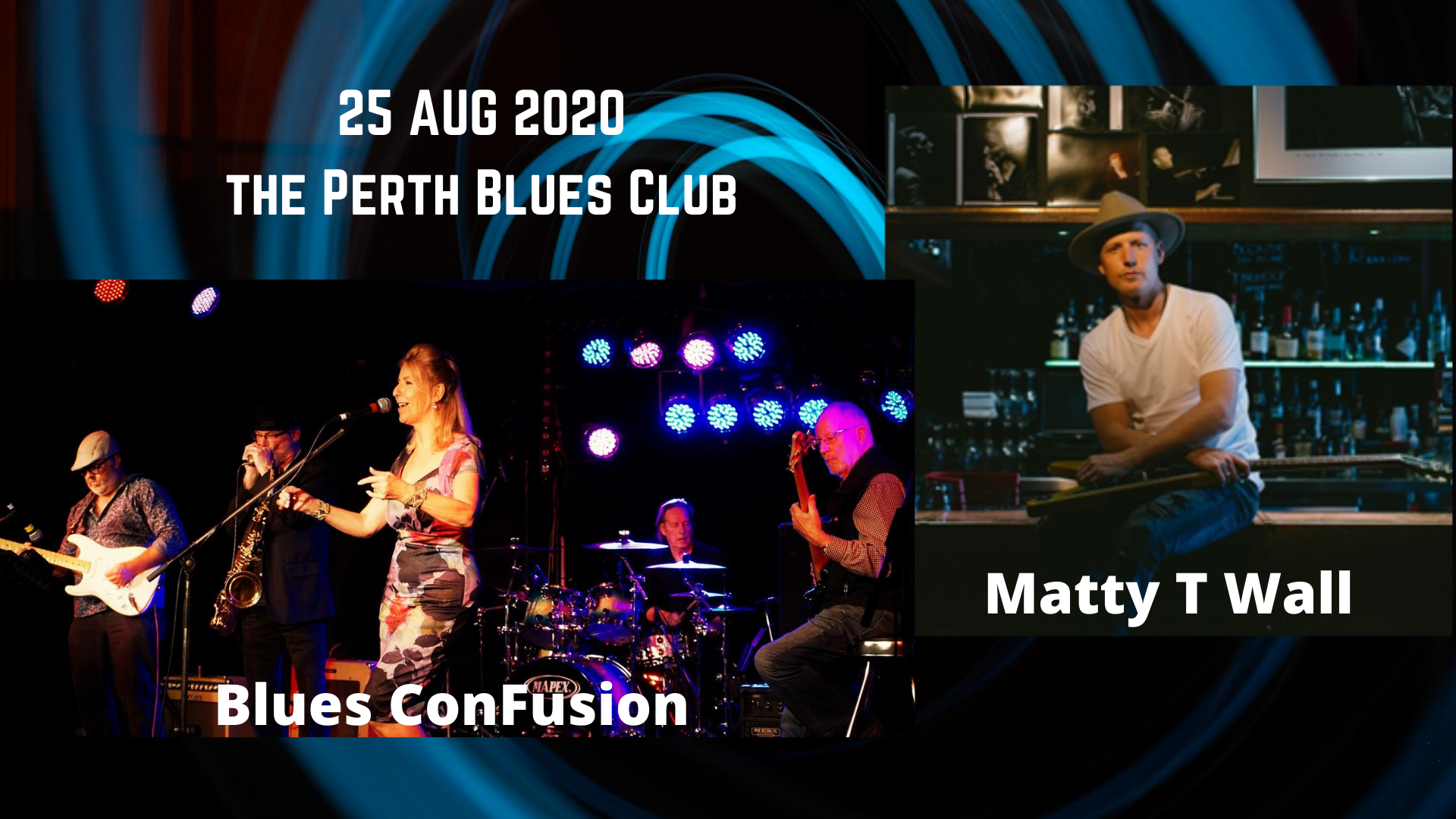 Blues ConFusion was formed in 2013 after Phil Bourgault (guitars and songwriter) met Debs Gill (vocals) at the Hills Blues Club. Phil asked drummer Bart Hayes to join them. Bart had collaborated with Phil over many years and is no stranger to the PBC having played with the Illegals and $2 Dog. Deb then introduced bass player Peter Hackett and Blues ConFusion was formed. Keyboard player and trumpeter Simon Sharp has recently joined the band.
Blues ConFusion is sure to entertain with their mix of Phil's original music and interpretations of blues, jazz blues and rock artists. Powerful vocals, tight rhythms, Phil’s accessible playing and insightful lyrics will add to the experience. They have recorded and released a self-titled CD of original music, which is available on most online music stores or you can listen on Spotify.  Another album is in production, from which an EP called "She’s not Listening anymore" with Allan Lester on Sax has also been released on Spotify.

3-time #1 Australian Blues Album achiever Matty T Wall is back with The Matty T Wall Band; featuring the incredible drummer Ric Whittle and brilliant bass powerhouse Stephen Walker. Matty on Vocals and Guitar has been hailed the penultimate blues shredder of Australia and has blown audiences away all over the country at some impressive festivals. Don't miss the chance to catch the man and the band, who managed to get the world's top blues rock kings on board for his latest epic album: Transpacific Blues Vol.1