ANNOUNCES BELIEVE IN ME WORLD TOUR DATES IN AUSTRALIA FOR JULY 2022!
WITH SPECIAL GUEST TSUBI CLUB

MELBOURNE, AU (Apr 4, 2022) – Genre-defying artist and multifaceted creative ARIES has announced he will bring his Believe In Me World Tour to Australia this July. Aries will make his first ever appearances Down Under in 2022, off the back of the release of his sophomore album BELIEVE IN ME, WHO BELIEVES IN YOU. Joining Aries across all dates will be rising hyperpop artist tsubi club.

Tickets for all shows go on sale at 1pm, Thursday April 7.

My Live Nation members can secure tickets during the pre-sale which commences at 12pm on Wednesday April 6, and concludes at 12pm on Thursday April 7.

Aries is an artist of many talents: rapper, singer, producer, director, graphic designer, illustrator. Quickly proving himself as a visionary force to be reckoned with, the 22-year-old’s genre-fusing music, blending hip-hop and alternative influences, has gained him a legion of die-hard fans and a notable track record of sold out shows across North America and Europe.

The self-taught producer/singer/rapper has delivered an eclectic collection of 12 songs with BELIEVE IN ME, WHO BELIEVES IN YOU. The sophomore release perfectly displays Aries’ seamless ability to blend hip-hop and alternative influences, with his signature vocal tone at forefront. The album features previous singles FOOL’S GOLD, CONVERSATIONS, DITTO, KIDS ON MOLLY and ONE PUNCH, and “serves as the losses and the lessons I’ve gone through and learned over the past 2 years,” says Aries.

BELIEVE IN ME, WHO BELIEVES IN YOU is Aries’ first full body of work since his 2019 independent debut album WELCOME HOME, which was self-written, self-produced, and has gained him an extremely rabid fanbase and over 300 million streams to date. Taking an unconventional route to build a fanbase, Aries first made a name for himself on YouTube, putting his self-taught production skills to use by recreating the beats behind popular songs in 2 minutes. As these videos gained momentum Aries simultaneously posted his own music videos on the platform, building over 455,000 subscribers in the process. Following the release WELCOME HOME, this legion of die-hard fans showed their support as Aries sold out all 21 dates of his first ever North America and Europe tour, and in doing so announced his presence as one of the most in-demand new artists on the live circuit.

Don’t miss your chance to see Aries live in Australia for the first time in 2022!

BELIEVE IN ME AUSTRALIA TOUR 2022 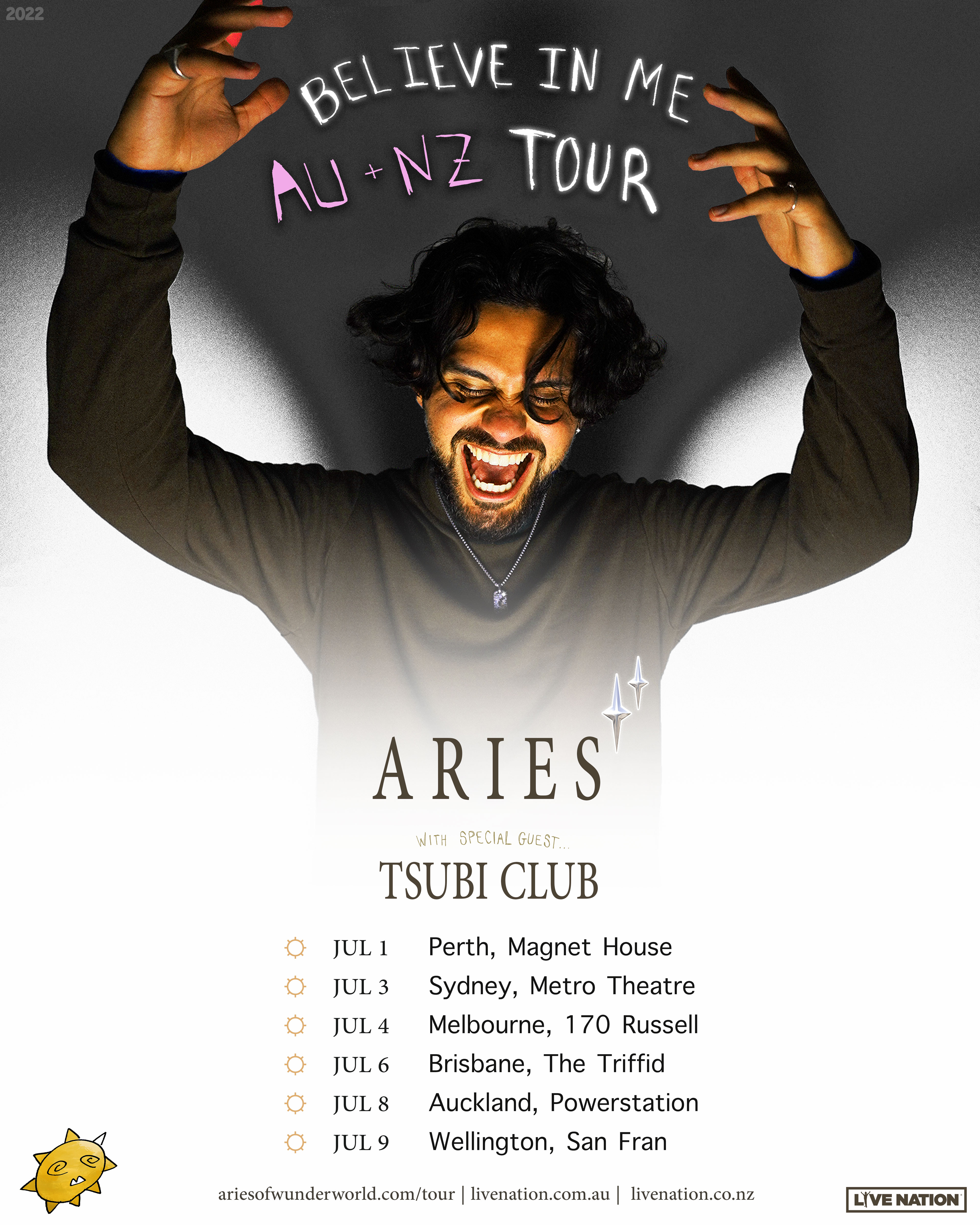 For complete tour and ticket and information, visit: livenation.com.au & ariesofwunderworld.com