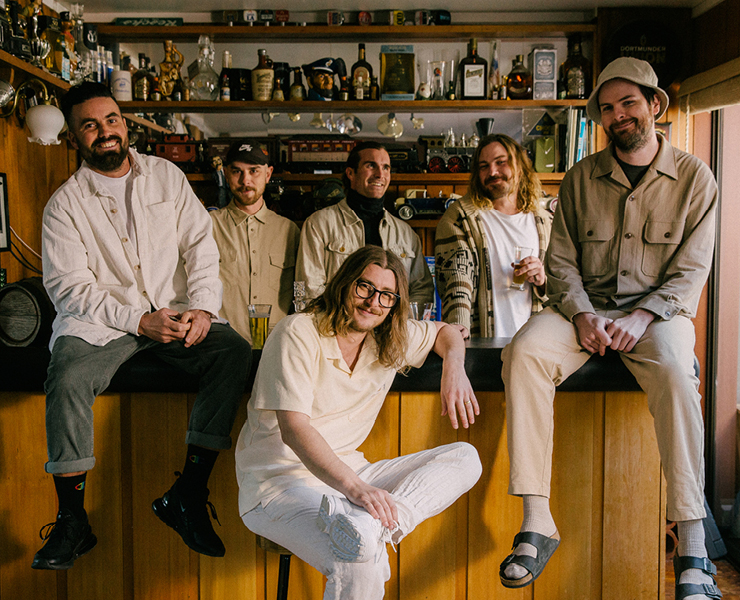 Six-piece Sydney collective Winston Surfshirt are performing at Twilight at Taronga for the first time!

Winston Surfshirt have spent the past six years establishing themselves as one of Australia’s, and the world’s, finest R&B-soul outfits.

Building a dedicated fanbase off the back of two dreamy, lackadaisical albums and a handful of unforgettable collaborations, they’re a group of unassuming cult heroes making music that’s old-school in feel and modern in style. Led by the eponymous Winston Surfshirt, the band channel a vintage kind of rock stardom, one led less by ego than by openness, earnestness, and a drive to share their music with the world.

Combining a classic west coast hip-hop sound with the snap of psych-pop and sunny, uniquely Australian charm, the band are a testament to the power of the free-minded and the casually virtuosic.

Breaking through with 2017’s ‘Be About You’, Winston Surfshirt have gone on to release multi-platinum singles and sell out tours across Australia and Europe.

Across their two indelible full-lengths — 2017’s ‘Sponge Cake’ and 2019’s ‘Apple Crumble’ — they’ve built a catalogue of warm, impeccably produced hits, winning praise from Zane Lowe and, amazingly, Sir Elton John, the latter of whom called them his “favourite band of the moment”.

Their reputation as a bold, undeniable collective — bolstered by their status as a true live band among so many DJ-and-vocalist acts — has led to packed sets at major festivals including Splendour In The Grass and Groovin’ The Moo.

In 2021, fans will finally get to hear the band’s long-awaited third record, led by the Ramirez collaboration ‘All Of The Little Things’.