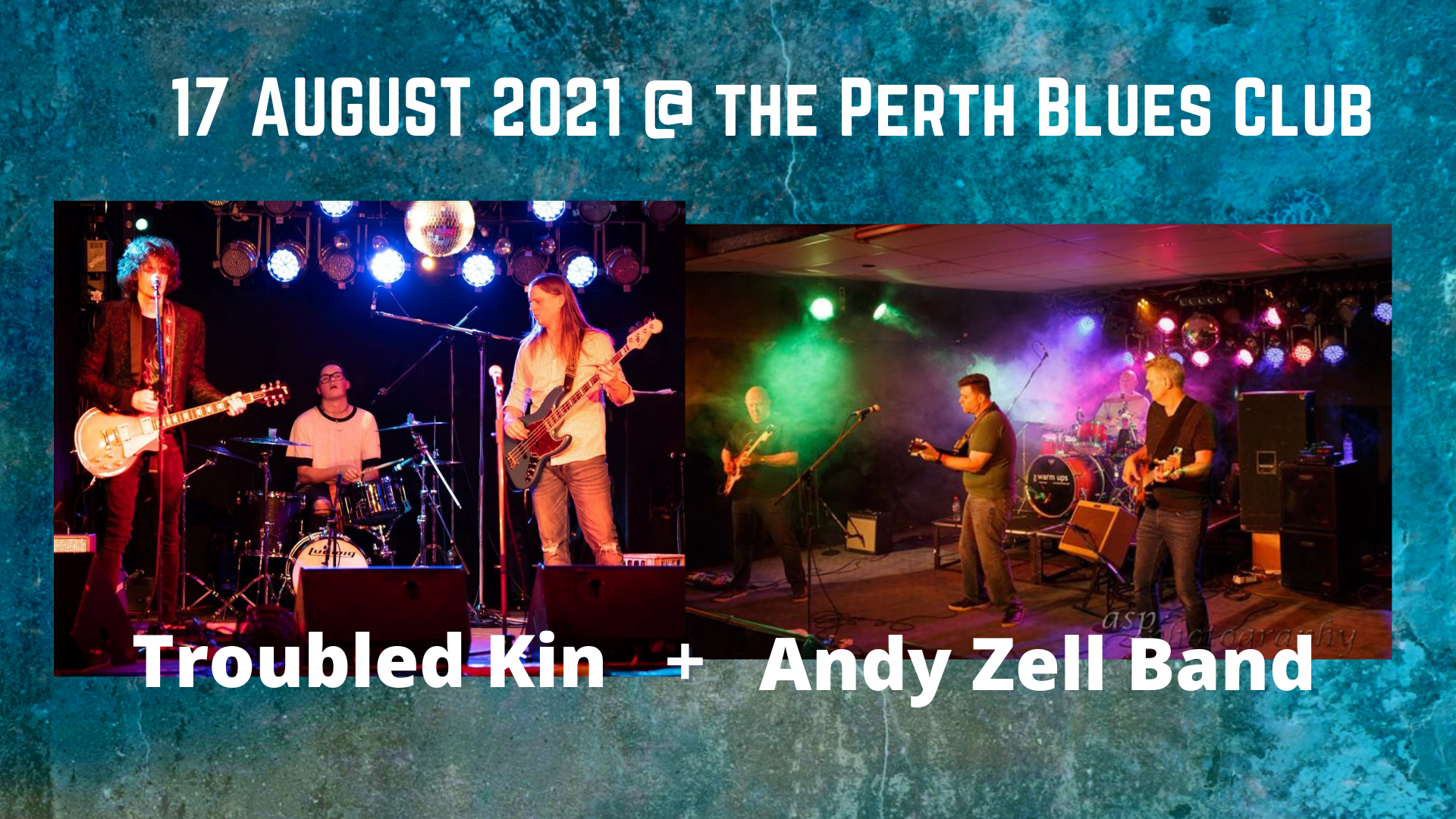 Based in the Perth Hills the “MindFreakz” formed early 2013 changing their name to “Troubled Kin” in 2019, but all members have a long history playing together. With a genre described as "a dash of nothing, a splash of everything and a full kilo of music", their philosophy is that a band shouldn't need to seek a "unique sound" because there is an inherent uniqueness in every genuine person. Their aim is to bring bands back to the club scene.
Troubled Kin are: Jack Lowrie-guitar/vocals, Michael Klynnyc-bass, Adam Lowrie-drums. Special guest: Simon Cox-keyboards.

A 20-year veteran of the Perth music scene, Andy Zell has seen it all. His experience has taken him from running songwriter nights at the White Sands and the Leederville Hotel to President of WAM. Andy fronted the original band Hank for almost a decade, infusing soulful roots and rock with psychedelic jams and lush songwriting. He also sang and played guitar in various original bands in the early to mid aughts.
After a year long trip overseas and the brith of his first child, Andy delved deep into early roots, rock, reggae and blues. From this, he began writing new riff-centred tunes and forming new combinations and bands.
The Andy Zell Band mix big soulful vocals with an authentic blues and roots sound. They play an authentic mix of originals, shuffles, standards and rarities. Supported by a tight rhythm section (Mick Mahony on drums and Rob Meyer on bass) and guitarist Chris Walsh, the Andy Zell Band is unpretentious and fun.It’s music that you can dance to and makes you smile.

SUPPORT TO BE ANNOUNCED more »

The Dreggs - “Stories from Grace Town”

22nd September, 2021 - Just when you thought the lineup couldn't get any better,&nbsp;Bluesfest&nbsp;has...

16th September, 2021 - As lockdowns and social distancing continue in this...