Stella Donnelly has partnered with PLUS1 so that $1 from every ticket will go to organisations bringing dignity, equity, and access to communities who need it. www.plus1.org

Fresh from a stand-out performance at Glastonbury (where she appeared with Billy Bragg), Stella Donnelly is delighted to announce a series of national headline dates in support of her debut albumBeware of the Dogs, released in March this year.

Supported by triple j, the tour will take in venues across Melbourne, Fremantle, Adelaide, Hobart, Brisbane, Canberra, and Sydney, along with a number of regional towns including Castlemaine, Ballarat, Wollongong and others this September and October. Melbourne four-piece Jade Imagine will accompany Stella for all headline tour dates. In late September, Stella will also play acclaimed West Australian festival Wave Rock Weekender.

In March, Stella Donnelly shared Beware of the Dogs to mass critical acclaim. The release, which features her biting lead single ‘Old Man’ as well as ‘Tricks’ and the playful ‘Die’ was named feature album on triple j, Stereogum, RTRFM, SYN, Rabbit Radio and Radio Adelaide, among others. The 13-track collection has been lauded by The Australian, The Sydney Morning Herald and The Herald Sun and has also received praise across the globe from Rolling Stone, Noisey, Pitchfork, The Guardian and others.

Since the release, Donnelly has spent much of her time touring North America and Europe in support of the album with sold-out shows in London, New York and Los Angeles. Last month, she played three sold-out VIVID Live shows at the Sydney Opera House and joined American alt-pop star Maggie Rogerson her headline tour in Australia and New Zealand. She will play a series of European festivals this month before returning to Australia in September. 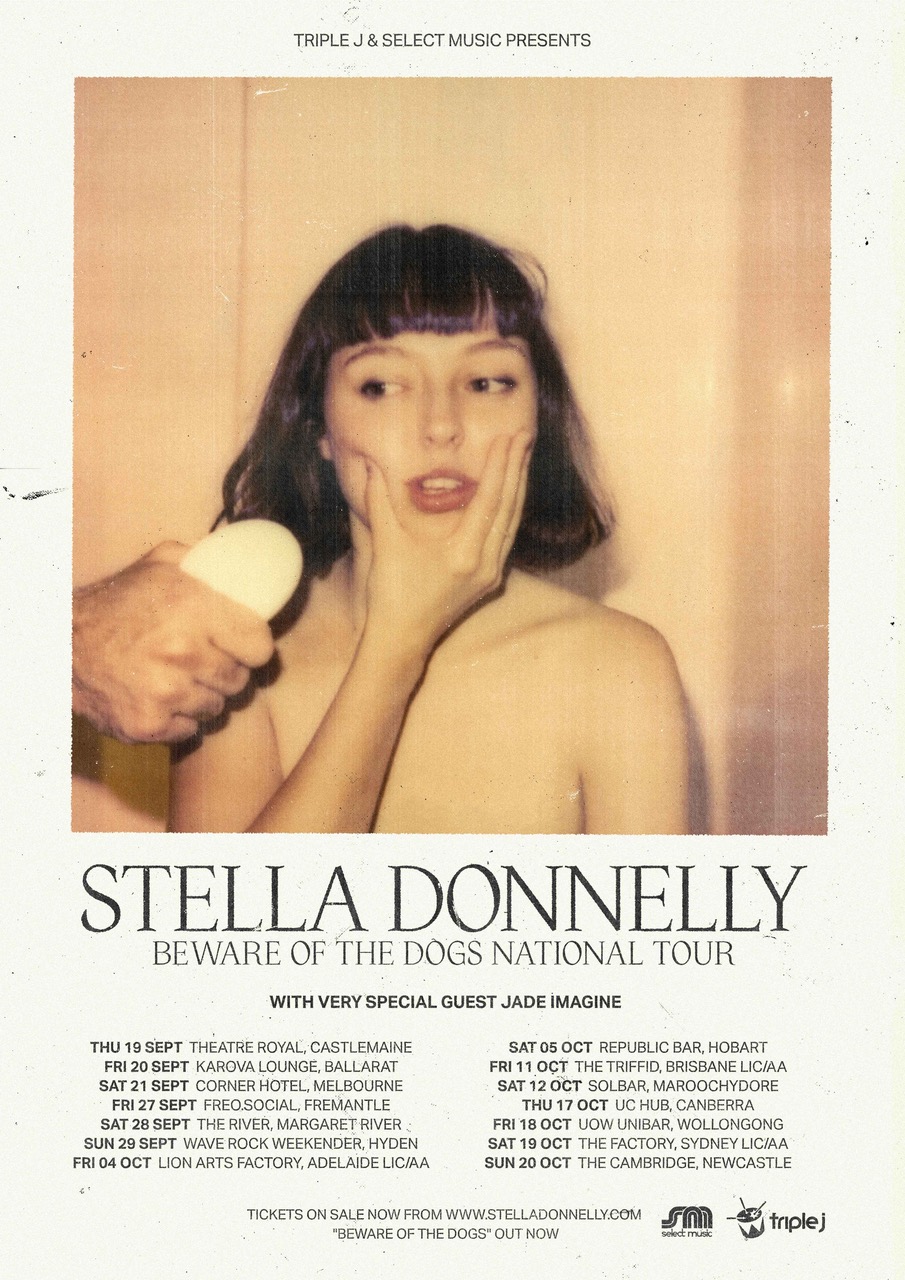