Quarter To Twelve + The Feel Alrights

Quarter To Twelve + The Feel Alrights 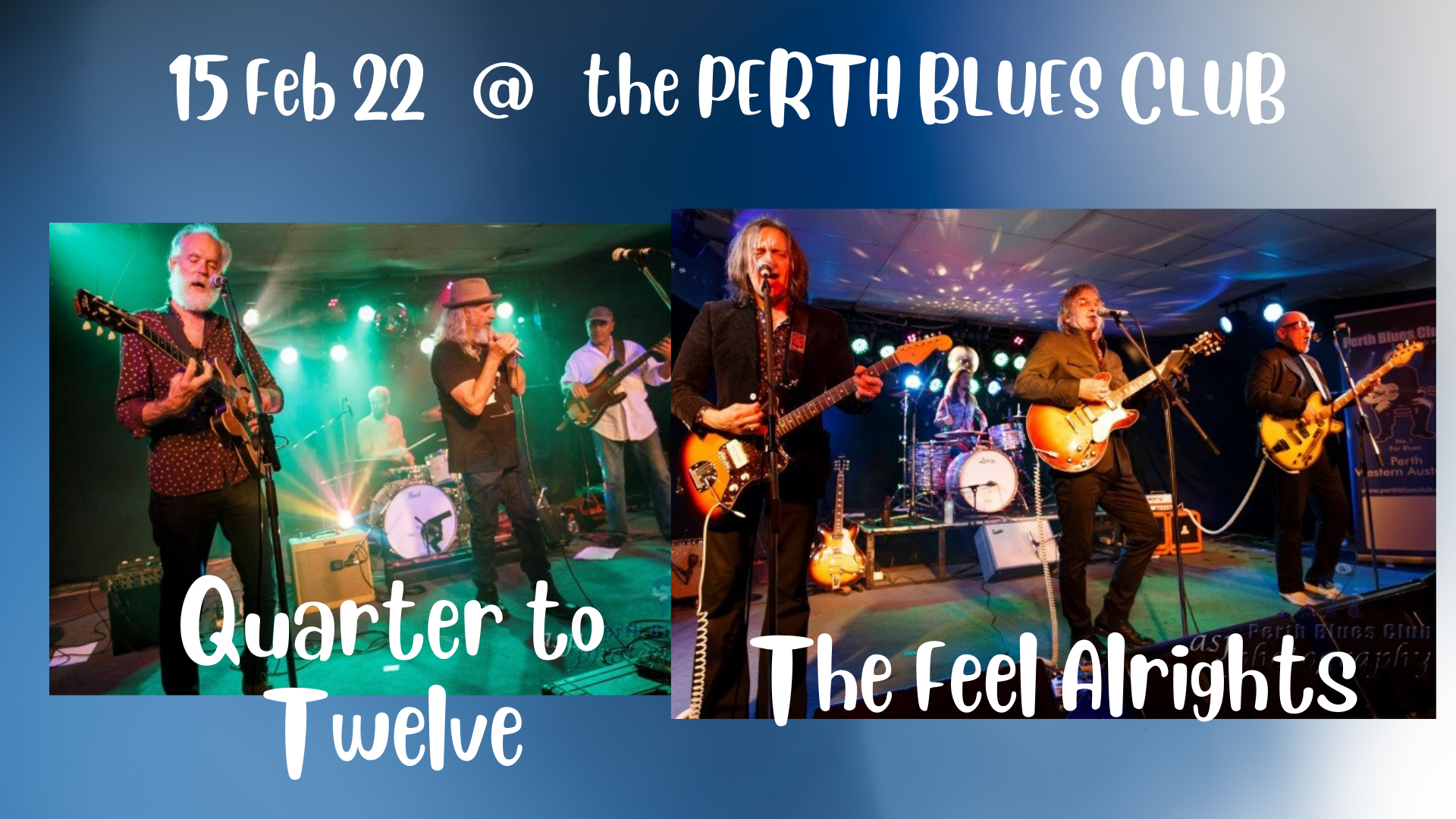 Quarter To Twelve is Ron Smeeton: guitar/vocals, Howie Smallman: harp/vocals.
Ron is a guitar specialist of many styles, and has an absolute authentic blues technique both on guitar and vocals. He has played in some legendary Perth bands from the 60s through to the present - notable being Bitch around 1974, and Tarzan’s Grip around 1977 (precursor to the Dugites). Howie is no stranger to The Blues Club, performing with The Sneekers, Lee Sappho, The Hips, and Big Town Players; and other appearances, including Harp Attacks, over many years. We will be covering traditional blues and will touch on a few jazz standards as well.

Four well dressed, young(ish..) men on a mission to bring you Swingin’ Sounds from the Beat Boom of the 1960s..
With the classic four piece Beat Group line up of two guitars, bass & drums they are dishing out rip roaring tunes by The Kinks, Yardbirds, Beatles, Rolling Stones, Monkees, ? & the Mysteterians and much, much more..
So, get down & get Groovy with Nick Sheppard (The Clash) Greg Hitchcock (You Am I ), Hank Deberitz & Nick Dudman.