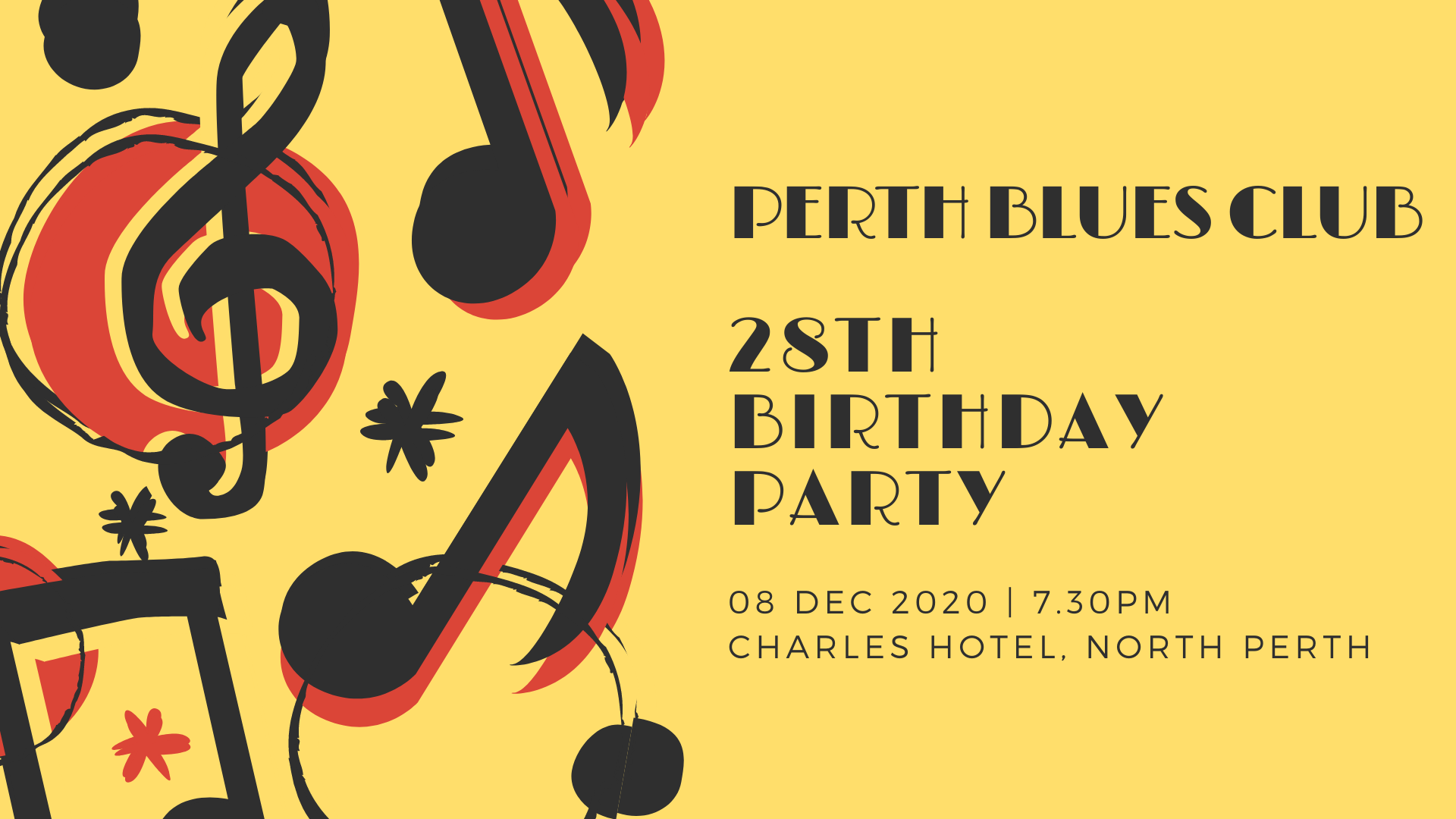 Back in about 1982, one of the first of what we now call ‘Open Mic‘ nights was created. It was called ‘Garage Band night’ and was presented by Rick Steele. After name changes, location changes and many performances, the Perth Blues Club became an Incorporated, not-for-profit organisation on 09. December 1992. It was and still is run entirely by volunteers.
Over the 28 years of operation, every Tuesday evening, many memorable nights have been witnessed and performed. Nationally and Internationally, its reputation is as the best run and most enjoyable blues club in the nation.

To mark this notable and auspicious occasion we will be celebrating and bringing you another night of best entertainment with the Bob Patient All Star House Band featuring Bob Patient (Keyboards), Trevor Jalla (Guitar), Gary Howard (Drums), Richie Pavledis (Percussion) and Phil Bailey (Bass). These are five talented musicians to keep you celebrating all night long and they will be joined  by other musos throughout the night including Paul Daly, Dom Mariani, Sue Bluck, Pete Romano, David Milroy, Lauralee Faith, Howie Smallman, Cathy Earl.