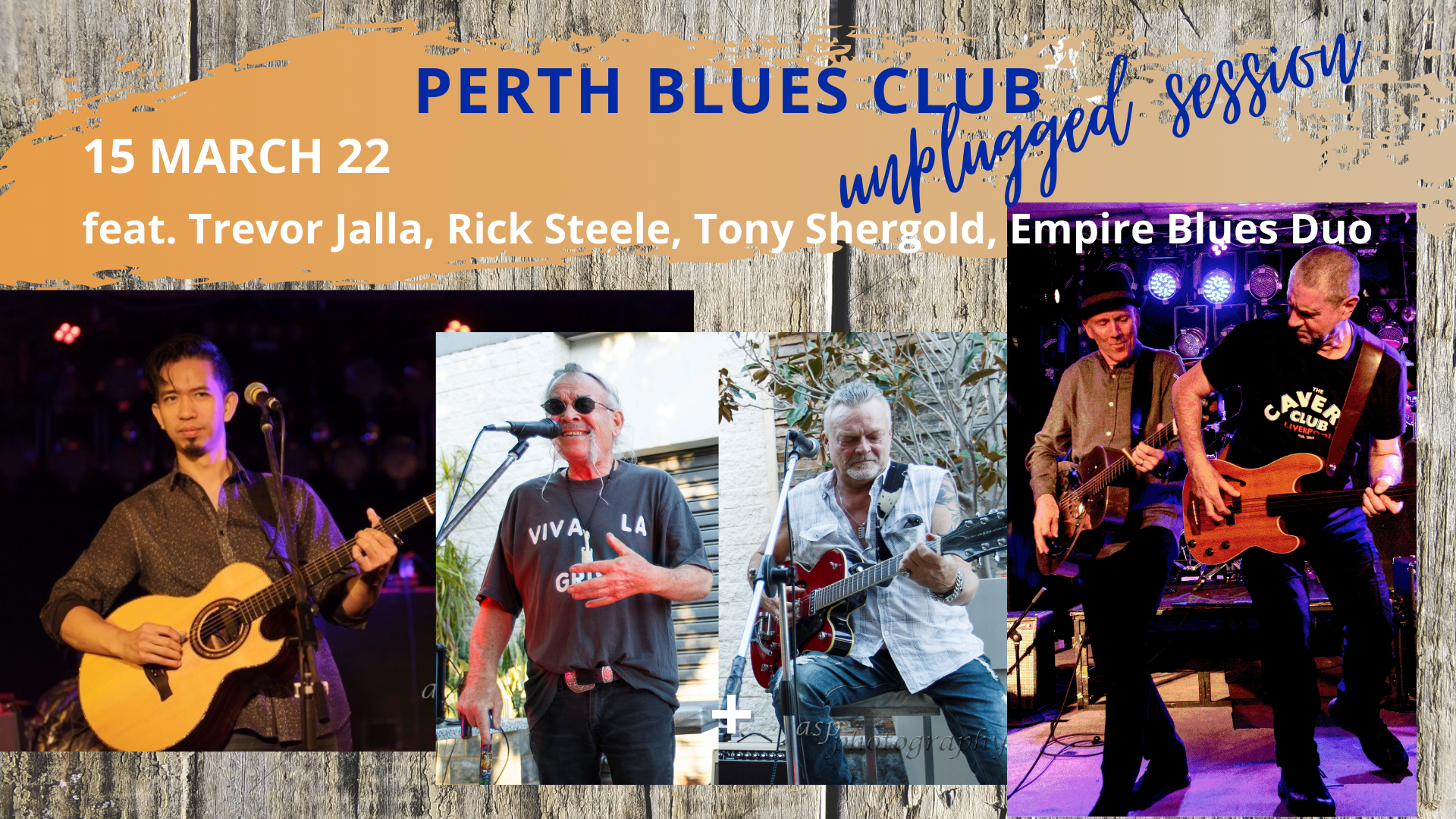 This is a fantastic new initiative by the Club that we hope will become a regular feature on our performance calendar.  With the current challenges of providing weekly shows in an environment that’s constantly evolving we thought it was time to embrace the simpler things in life.  So this week we are presenting three of our best known acts performing in a stripped down acoustic, or better known as unplugged, format. The tables will be closer to the stage and we hope to create a more intimate atmosphere for you to relax and listen to some great Blues music.

Blues, gospel, funk, folk and soul ‐ music that speaks from the heart, to the heart. These are the styles Trevor grew up on, raised in a musical family and taught piano by his mother at the age of 5. He picked up the guitar at 8, and since then has grown to love the guitar sounds of BB King, Buddy Guy, Albert Collins, Jimmie Vaughan and so many more. A true talent with a voice as smooth as honey ‐ an opening act worthy of a full house!

A pair of handcrafted boots, the tinted Lennonesque glasses, the trademark voice, the whiskey town harp, the grand canyon repertoire, he’s the son of a preacher man dubbed Perth’s grandfather of blues, Rick Steele. He joins with with fellow Hot Biscuit, Tony Shergold, a songwriter, guitarist, and what certain cultures might describe as a vocalist, has played and recorded with a wealth of musicians around the globe. He has also annoyed many of them, with his boundless and pointless trivia, dreadful jokes, and his insistence upon correcting poor grammar. Like a well-aged red, or rejects from a nursing home these Hot Biscuit Band members return for a rerun, like a bald ageing second hand tyre.

Empire Blues Duo is two thirds of the popular Trio "Empire Blues".  Featuring Andrew McIlroy (Guitar & vocal ) and Alan Dawson (Upright electric bass & vocal). These two musicians have a wealth of experience and perform many of their better known band originals and British Blues covers with an intensity that has you wondering whether there are more musicians hiding backstage.  Having just completed recording their third album there’s every chance they will throw a few new tunes out there to gauge the audience response.