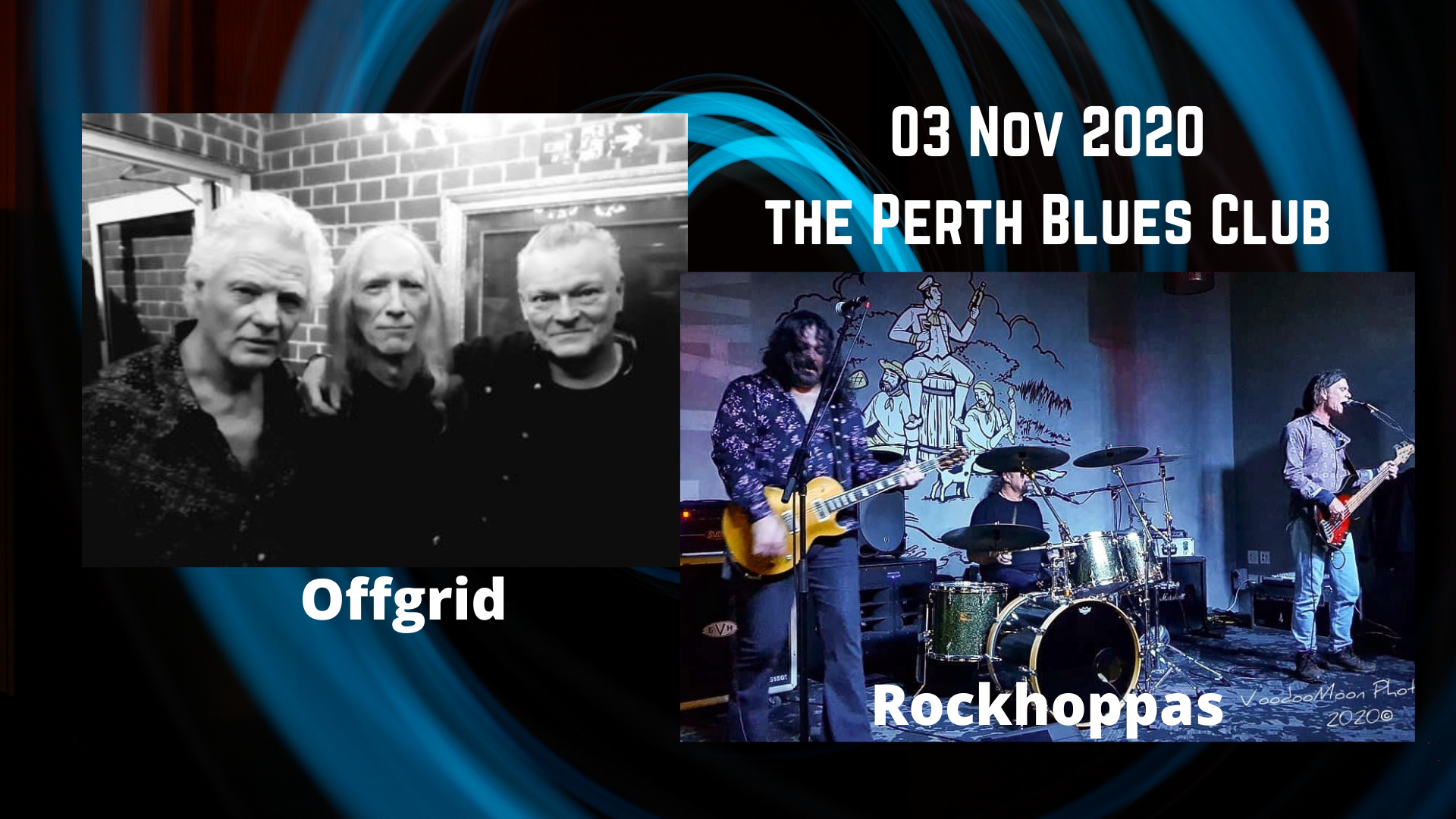 Formed from the remnants of three musicians in their extraordinarily late thirties, fencing wire, gaffa tape, a selection of vinyl records, a few electrical components, and some repurposed timber, OFFGRID are very much the sum of their parts. And even though some of their parts no longer function as well as they once did, they are bound together by their enthusiasm for great blues, and rock ‘n roll. Along with a not inconsiderable quantity of surgical tape. These tres hombres have amassed more musical history between them than many orchestras. Particularly school orchestras with not many members, and little playing experience. But almost certainly more musical history than the average boy band. Individually, they've played in thousands, if not dozens, of countries worldwide, and between them, have probably made more recordings than the FBI. So, just who are these fascinating, and entirely intriguing musicians, you ask, enquiringly? Well, beginning with the tub thumping, and generally percussive bits, we have the illustrious, and industrious Ian “Bones" Ironside, a veteran of more line-ups than you can shake a drumstick at. In charge of all things deep, and occasionally meaningful, along with less than his fair share of vocal duties, is the master of his own domain, and to a superhuman extent, his sweat glands, Mr. John Sydney McNair. A prolific songwriter, recording artist, and agent provocateur, his works encompass more musical genres than seems feasible. Moving on from the sublime to the ridiculous, at the blunt end of this triangle, and in defiance of medical science, we have the artist formerly known as whatsisname, Tony Shergold. Shergold, a songwriter, guitarist, and what certain cultures might describe as a vocalist, has played and recorded with a wealth of musicians around the globe.. “Definitely not the average white band”… Rolling Stone

New band on the Perth scene, Rockhoppas, have steadily expanded their repertoire and number of performances since the formation of the group in early 2020. Playing a listener friendly set of easily identifiable blues, rock & country classics, the Rockhoppas shows have been a big hit with audiences who appear to be having as much fun as the band members themselves. Featuring John McDougall (vocal/bass) Leroy Cleaver (vocal/drums) & Michael Vdelli (vocal/guitar) this band really knows how to play and have a great time! The ever increasing pool of classic songs draws from the very best bands such as - Thin Lizzy, Cream, Led Zeppelin, CCR, SRV, AC/DC, Angels, The Hollies, Steppenwolf, Montrose, Rolling Stones, Billy Squire and many more…

Sugar Man: The Best of Rodriguez

Riley Pearce - 'Why Did I Ever Leave?' Show