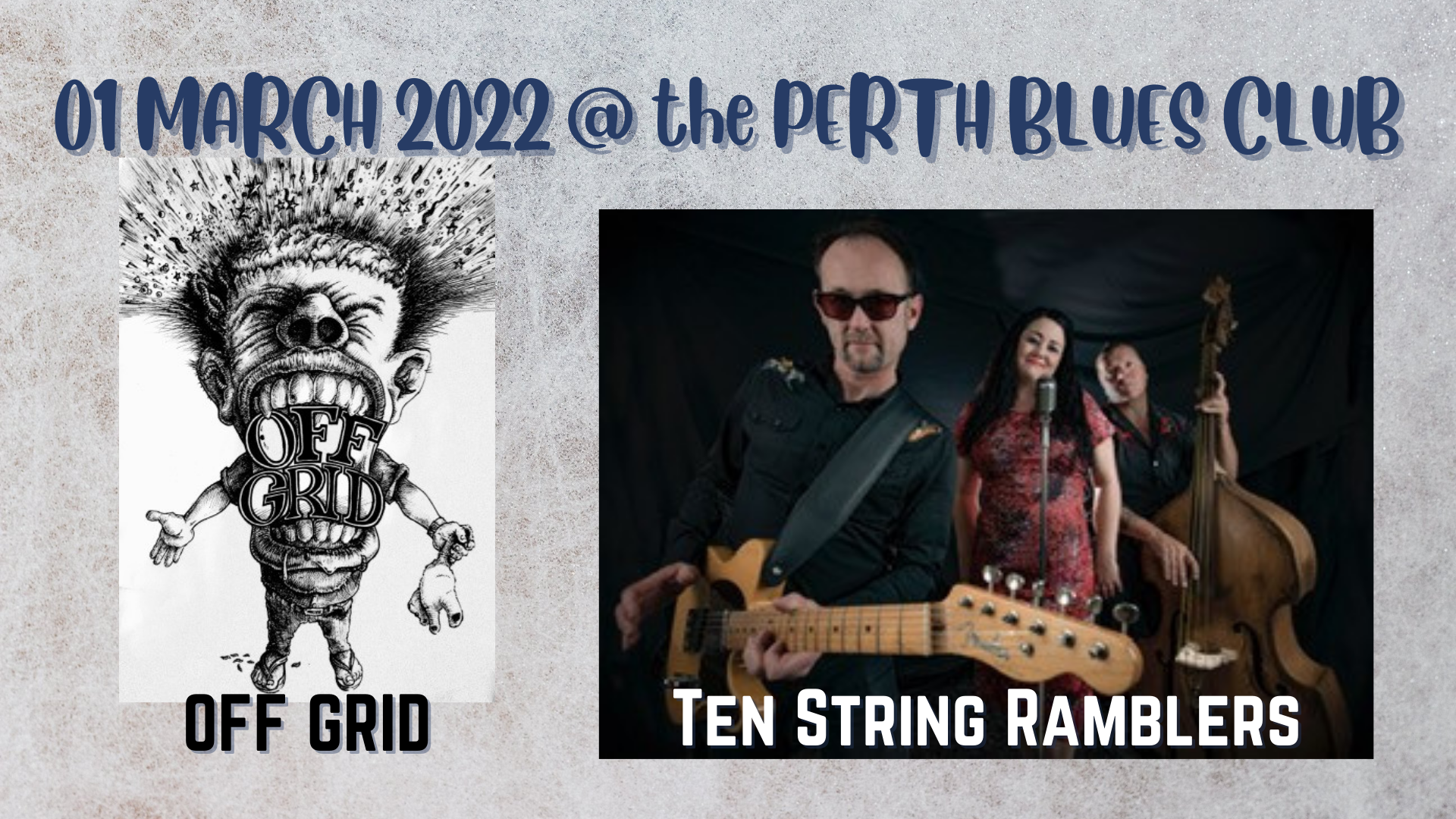 Formed from the remnants of three musicians in their extraordinarily late thirties, fencing wire, gaffa tape, a selection of vinyl records, a few electrical components, and some repurposed timber, OFFGRID are very much the sum of their parts. And even though some of their parts no longer function as well as they once did, they are bound together by their enthusiasm for great blues, and rock ‘n roll. Along with a not inconsiderable quantity of surgical tape.
These tres hombres have amassed more musical history between them than many orchestras. Particularly school orchestras with not many members, and little playing experience. But almost certainly more musical history than the average boy band. Individually, they've played in thousands, if not dozens, of countries worldwide, and between them, have probably made more recordings than the FBI. So, just who are these fascinating, and entirely intriguing musicians, you ask, enquiringly?
Beginning with the tub thumping, and general percussiveness, we have Mr. Steve Brooks, who despite his charm, and overall good nature, has evidently made a deal with the Devil, to attain the level of drumming ability he has at his disposal. We remain at least mildly suspicious…
In charge of all things deep, and occasionally meaningful, is the magnificently talented Greg Thompson. Imported from the land of the long white cloud, and eagerly claimed by Australia (as with all Kiwis of immense talent), Greg possesses not only supernatural abilities as a bass player, but a vocal talent that is certainly the envy of the other members of the band. Furthermore, he brings the average age of the band to below the required years to claim the aged pension.
Moving on from the sublime to the ridiculous, at the blunt end of this triangle, and in defiance of medical science, we have the artist formerly known as whatsisname, Tony Shergold. Shergold, a songwriter, guitarist, and what certain cultures might describe as a vocalist, has played and recorded with a wealth of musicians around the globe. He has also annoyed many of them, with his boundless and pointless trivia, dreadful jokes, and his insistence upon correcting poor grammar.
Yet, despite their individual peculiarities, OFFGRID combine to produce a sound that says more about their passion for blues based rock ‘n roll, than any made up bio ever could. They perform material from yesteryear, todayear, and even tomorrowyear. And all with at least one foot in the Blues, and some with several yards in it. Definitely not the average white band… Rolling Stone, Get out and see them while they're still alive… NME, Don't leave your valuables in your car… RAC

If you’re looking for a recipe for a rockin’ good time, then simply mix 2 parts Blues with 1 part R’nB, throw in pinch of rockabilly twang and you have The Ten String Ramblers! This energetic and exciting combo is fronted by Blues Diva Miss Peta Lee and affords her the opportunity to showcase her raw vocal talents delivering soulful renditions of classic blues by artists such as Etta James, Ruth Brown and Memphis Minnie. Peta is backed by the pumping Double Bass of ‘Cane Toad’ McIver, the tasty blues style guitar of ‘Baby Bird’ James and Alec McGowan on drums.