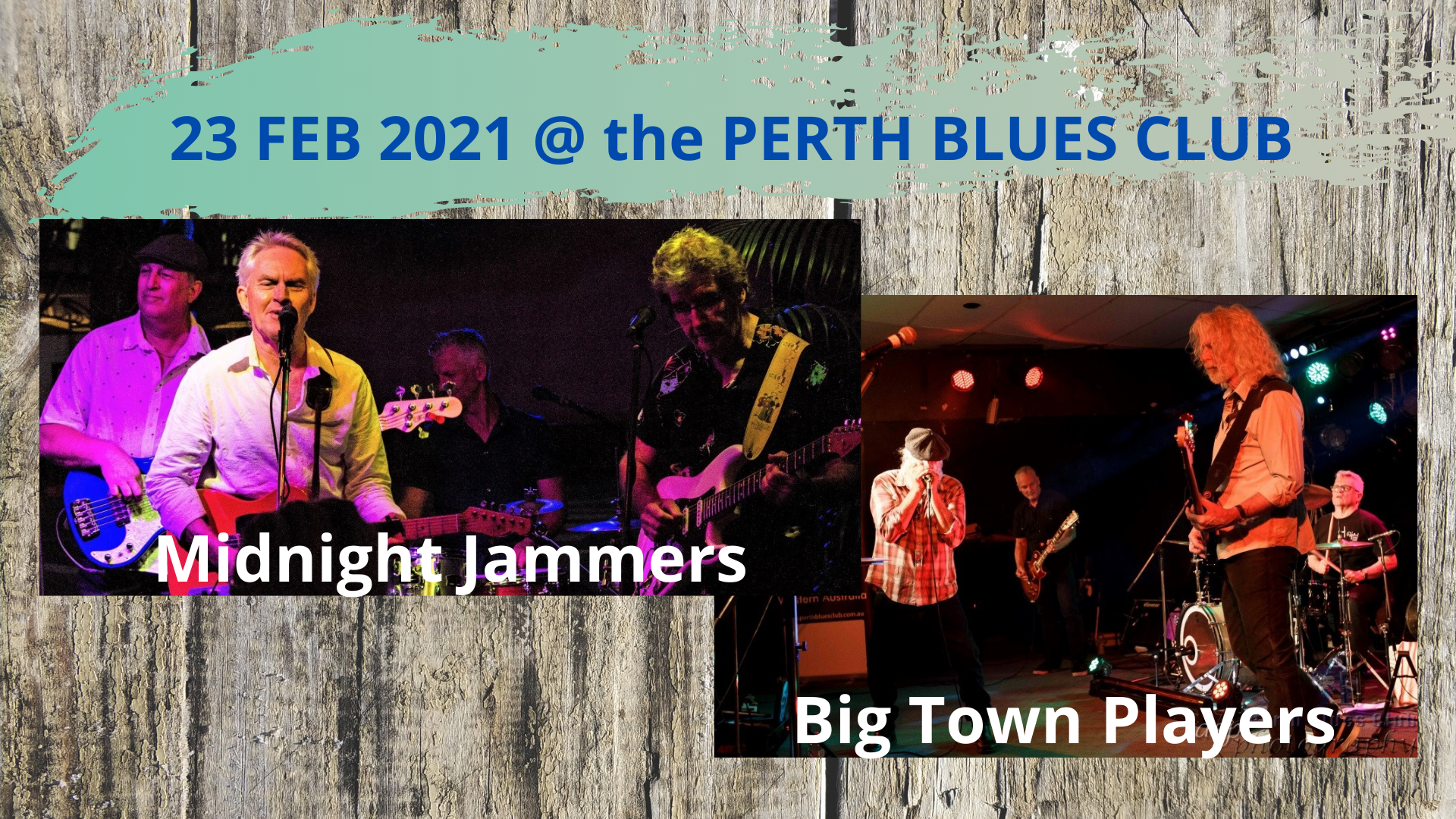 Meet The Midnight Jammers, a Perth based band with a long list of local and international experience. 2019 saw these journeymen crossing paths in Western Australia and finding a new musical direction as The Midnight Jammers. Bringing together their collective skills and experience, they have mixed their bluesy sound with funky grooves and new found energy. Showcasing their strong list of original material, their funky riffs and on stage presence they will have you jiving along to these memorable songs in no time.
Where do we start with what makes up The Midnight Jammers' sound?
Is it Phil (Lucky) Pearson’s lead guitar work which conjures up rock riffs honed and sourced from the sweaty pub rock days of the eighties? Is it Paul (The Boss) Boxwell’s funky bass lines from his international experience of playing funky island music and reggae sounds sourced from all around the Caribbean, or is it energy and indie pop sounds that jump out at you from the kit of drummer Almin (Groove Master) Fulurija, or John (The Dr) Smoker with original vocal style and his raw harmonica licks. A wild eclectic mix of country, reggae and blues all washed down with a tinge of Aussie singer songwriter grit and grind.
Well, you guessed it … its all of the above … a sound something like Muddy Waters mixed  with Charlie Musselwhite and all fired up like The Fabulous Thunderbirds.

“A unique blend of diverse influences culminating in a brand new interpretation of the blues.”
We play old school Rhythm and Blues with new school Rock attitude. We’re talking Real Rhythm and Blues! Like that originally played in America in the ‘50s and ‘60s, which we’ve married to modern day rock producing an infectious repertoire with tongue in cheek lyrics that will have you dancing from the get-go.
MEMBERS: Phil Bradley (guitar and vocals) is one of Perth’s major guitar-slingers! He has been a member of legendary outfits such as The Mutants of Desire, Brutus, Subtruck, Steve Tallis and The Snakes of Desire, Polite Society, and The Jets to name just a few. He has embraced the chance to embellish the BTPs with his inimitable style and his inimitable voice.
Howie Smallman (blues harmonica and vocals) has been heavily influenced by the old Chicago blues blowers, providing gun harp in many Perth bands over decades. These include Salty Dog, The West Coast Rhythm Kings, Jaywalkers, Sneekers, Dave Hole, Feet First, The Body and Fender Band, The Hips, Smeeton and Smallman, and Datura4.
Phil Riseborough (drums and vocals) has been a stalwart of this big town’s music scene, applying his percussive skills in the ‘70s to such outfits as Spinifex and Twice Shy. Phil later became a top sound engineer to Perth bands as diverse as The Stems and Matt Taylor. Phil returned to the drummer’s stool in the naughties with The Hips, and now BTPs.
Bob Greaves (bass) is originally from Sydney where he started playing in bands in the early ‘80s. General Panic, Catwalk, LLewellyn and The Lifeboat were some of the bands that enjoyed Bob’s distinctive bass style. Bob moved to Perth in 1994 where he has graced the stage with such luminaries as Lindsay Wells’ band Awsome Wells, Ian Kenny Band, Lee Sappho’s Body and Fender Band, Matt Taylor, and Michael.
We guarantee professionalism and a rockin’ time, and hope you can find a place on your entertainment calendar for BTPs.