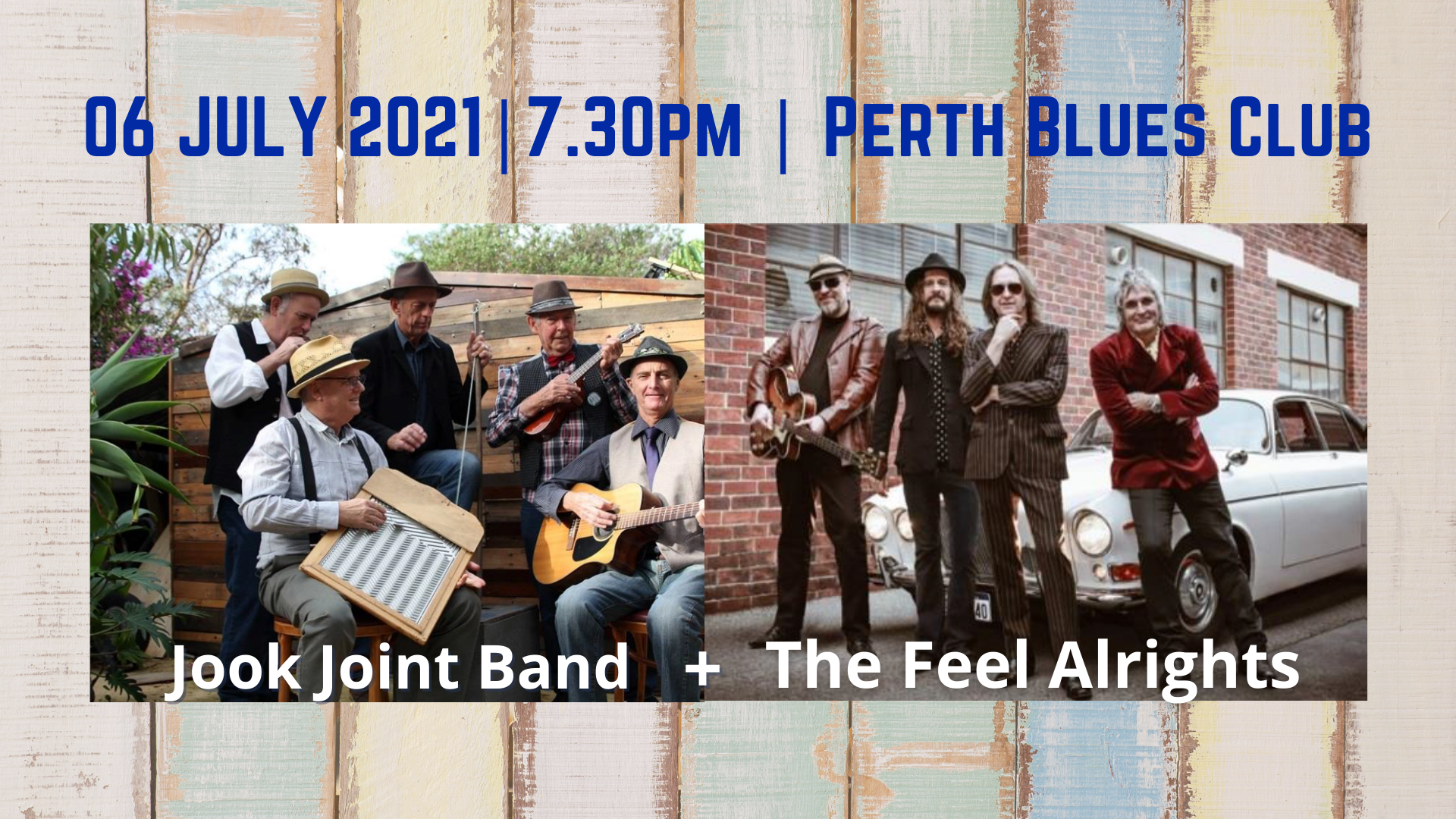 Blues, Roots and Jug Band Music  “JUG BAND: JUMPIN’ THUMPIN’
…join the Jook Joint Band for a session of old time jug band roots and toe tappin’ dancing blues, skiffle, ragtime and rockabilly music with a twist! In bygone eras, when times were tight and there was little money to spare, jug bands made music using home-made instruments from anything that could make a sound…  Fremantle Heritage Festival 2018 “
In the day jug bands made music in dance halls and gin joints using home-made instruments from anything that came to hand. Whereas today the Jook Joint Band play songs with a toe tapping and infectious jumpin’ dance beat using a variety of instruments ranging from washboard, ukulele, kazoos, 6 & 12 string acoustic guitars, upright double bass, stand up drums, harmonica and of course jug!
With the release of 4 CD’s, “Barking in Freo”, “Jook Joint Band”, “Jookbox Music” and their newest “Shake That Thing” in 2017, more and more people will be recognising them. In particular as “Shake That Thing” reached #4 on the national community radio charts.
Jook Joint Band are: Sean Low on harmonica, kazoo, jug, vocals; Peter Birch on drums, percussion, vocals; Nick Glorie on double bass, vocals; Bill Johnstone on guitar, washboard, kazoo, ukulele, jug, vocals and Larry George on lead guitar, vocals.
In the past few years we have been playing at bars/pubs and community events such as such as The National Hotel, Swallow Bar, Rodney’s Bait ‘n Tackle, Clancy’s Fish Pub, Mukinbudin Spring Festival, Canning Show, Waroona Show, City of Fremantle ‘Heritage Festival’ and the Perth Folk & Roots Club. In addition, they have performed at music festivals including Blues at Bridgetown Festival, Fairbridge Festival, Boddington Music Festival, and The Perth Blues Club … to name a few.

Four well dressed, young(ish..) men on a mission to bring you Swingin’ Sounds from the Beat Boom of the 1960s..
With the classic four piece Beat Group line up of two guitars, bass & drums they are dishing out rip roaring tunes by The Kinks, Yardbirds, Beatles, Rolling Stones, Monkees, ? & the Mysteterians and much, much more..
So, get down & get Groovy with Nick Sheppard (The Clash) Greg Hitchcock (You Am I ), Hank Deberitz & Nick Dudman.