This delightful series of recitals from some or Australia's best-loved artists includes chamber music masterpieces, lieder and opera from France, Germany, Czech lands and Italy.

Lorina Gore
Australian soprano Lorina Gore completed her postgraduate voice studies at the Australian National University in Canberra and at the National Opera Studio in London.  She has won numerous prestigious opera awards, including two Helpmann Awards (2017 and 2018), a Green Room Award (2018), the Dame Joan Sutherland Scholarship (AOAC), the Opera Awards, the Covent Garden National Opera Studio Scholarship, 2nd prize in the Herald-Sun Aria (2002 and 2004), and first place in the Australian National Aria Competition.
Lorina joined Opera Australia as a principal artist in 2008 and has since performed many roles for the company including: Violetta (La Traviata), Marie (Wozzeck), Leïla (Les pêcheurs de perles), Amina (La sonnambula), and Musetta (La Bohème).
Lorina won a Helpmann Award and Green Room Award for her role as Roxana in Opera Australia’s King Roger, and was subsequently awarded her second Helpmann Award for the role of Ophelia in Brett Dean’s Hamlet at the Adelaide Festival. 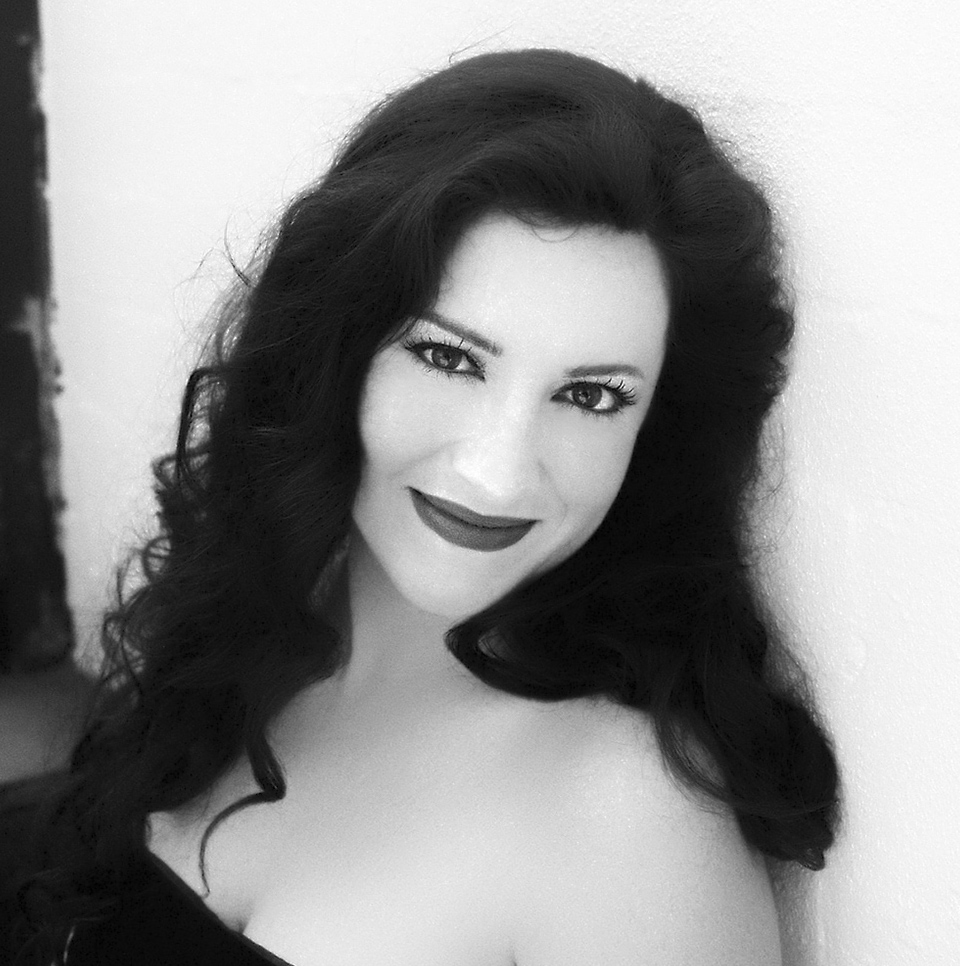 Niki Vasilakis
A celebrated Classical violinist, Niki has enjoyed career that spans the globe. A guest soloist with International and Australian major Symphony Orchestras, Chamber music collaborator and Artistic Director for critically acclaimed performances, festivals and recordings. Niki presented the television series Classical Destinations, stared in the film '4' based on Vivaldi’s Four Seasons.
Niki has graced the pages of Vogue magazine, appeared on Spicks and Specks, has played for royalty and world leaders. She is regarded as one of the most exciting violinists to have emerged from Australia.
Niki released her debut album with the Tasmanian Symphony orchestra and features in the film 4 with Violinists Pekka Kuusisto, and Cho-Liang Lim. Niki is patron for Suzuki Australia and The Australian String Teachers Association. Named Young South Australian of the Year 2009, Niki was recently awarded a star in the Adelaide Festival Centre’s Walk of Fame.
Niki plays her Antonio Guadagnini 1872 Violin.

Jacqueline Cronin
Violist, Jacqueline Cronin, has performed widely throughout Australia with numerous ensembles and orchestras, including the Sydney, Melbourne and Tasmanian Symphony Orchestras, Australian Chamber Orchestra, Opera Australia Orchestra and Orchestra Victoria. Most recently she has appeared as Guest Associate Principal Viola of the Opera Australia Orchestra. Jacqueline is also an active chamber musician, performing regularly in festivals across Australia, and with the Sydney Omega Ensemble, Sonus Piano Quartet and the Seraphim Trio.
Jacqueline holds a Bachelor of Music with distinction from the Canberra School of Music and a Masters of Music Performance from the University of Melbourne. In 1999 and 2000, Jacqueline held full scholarships at the Australian National Academy of Music, studying with various Australian and international violists. In 2002, Jacqueline was a recipient of the Ian Potter Foundation which enabled further studies overseas. Jacqueline was also selected to take part in the Sydney Symphony Fellowship program.

‍Seraphim Trio
Helen Ayres, violin; Tim Nankervis, cello; and Anna Goldsworthy, piano.
Seraphim Trio is as much a lifelong friendship as a chamber ensemble. Formed in Adelaide in 1995, the group has enjoyed an unusually longstanding collaboration, with its current membership – Helen Ayres, Tim Nankervis and Anna Goldsworthy – dating from 1998.
Seraphim enjoyed formative study with Hatto Beyerle in Hanover, and remains dedicated to the rhetorical traditions of chamber music. It is also committed to nourishing the ecosystem of Australian music, through its flagship concert series and recordings, regional touring, educational workshops, and new format performances including audience immersions.

Take your experience at The Lab to another level. Upgrade your night by pre ordering a shared cheese platter in collaboration with Aurora Restaurant to collect and enjoy at our Level 1 Bar. Wednesday's performances also come with the option of booking dinner in Aurora where you will be guided through a three course tasting menu exclusively available to concert attendees. Availability is limited so we highly recommend securing your seat by reserving a dinner ticket.

Please be sure to include a contact email, any names of your dinner party and any dietary requirements in the provided questionnaire box.

Ladies Who Lunch. Fundraising for a worthy cause to help women "Share The Dignity" by enjoying a 3 course meal, live music and great company. more »