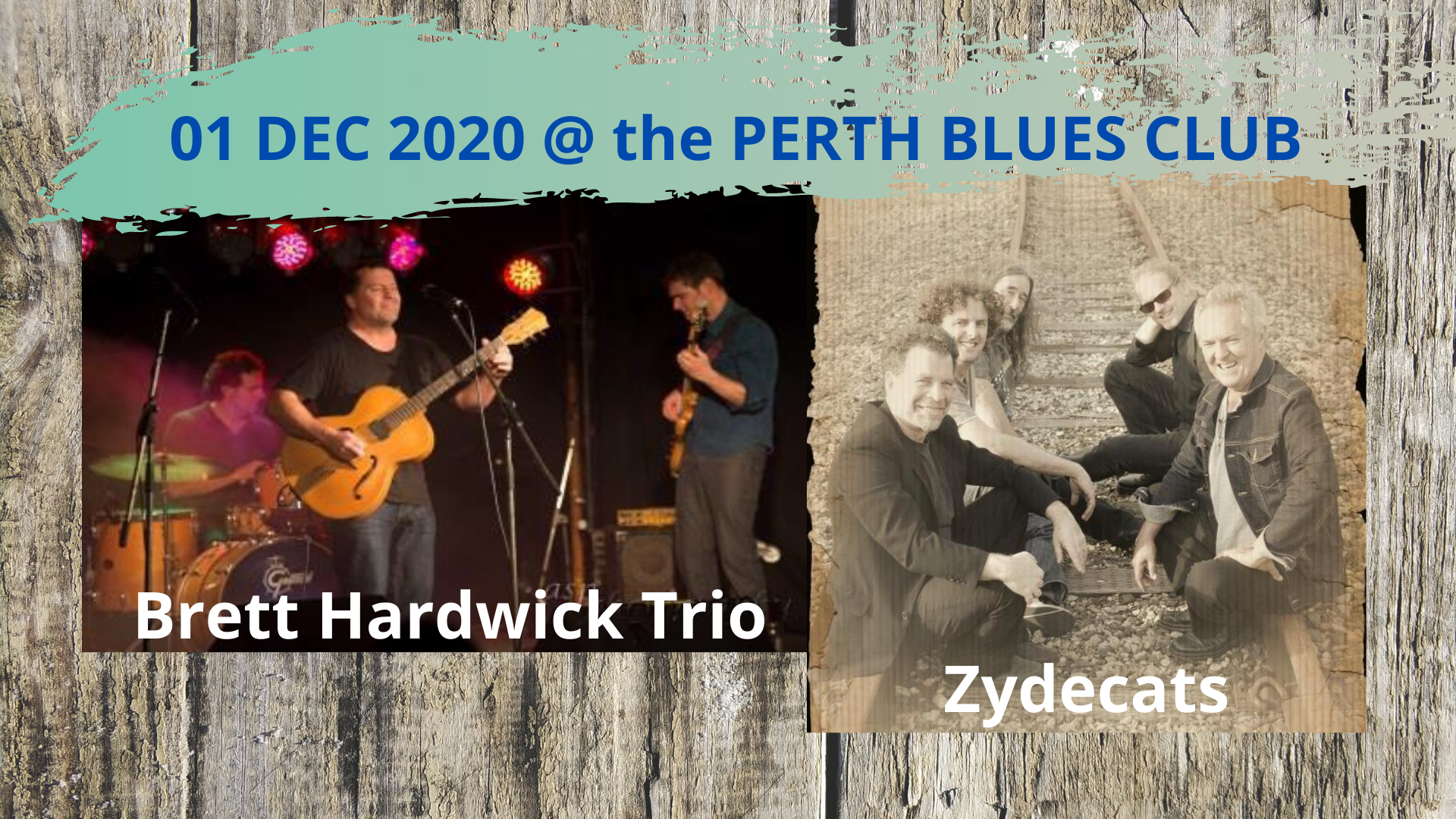 Brett is one of Perth’s best known guitarists. Mixing blues with jazz, funk, country and rock, he has forged his own style.
Beginning on the classical guitar at 6 years old, discovering Jimi Hendrix at 15, studying jazz at the WA Conservatorium and then working professionally in various Rock and contemporary bands has led Brett to a point where he fronts his own band, reinventing covers or performing originals. Acts he has supported include the Bull Sisters and Renae Geyer. Nominated for the 2007 Music Oz awards Brett is always inventive and original.

1992 - Escaping from the smoking wreck of the widely and critically acclaimed Dude Ranch, Lucky Oceans (world renowned steel guitarist, and by now button accordionist) approached Bill Rogers (vocals, sax and harmonica) about starting a band to play some Zydeco. With ex-Dude Ranch guitarist/vocalist & Rock and Roll encyclopedia Kent Hughes involved, this trio began to rehearse while they searched for both repertoire and rhythm section.
From the start, the idea was to combine Zydeco with 'Cat' music - swing, jump blues and rockabilly, plus any other style that suited the line-up, including rock and roll, country blues, soul, R&B, Cajun and New Orleans R&B, plus a handful of Lucky's and Kent's own songs from the Dude Ranch song book.