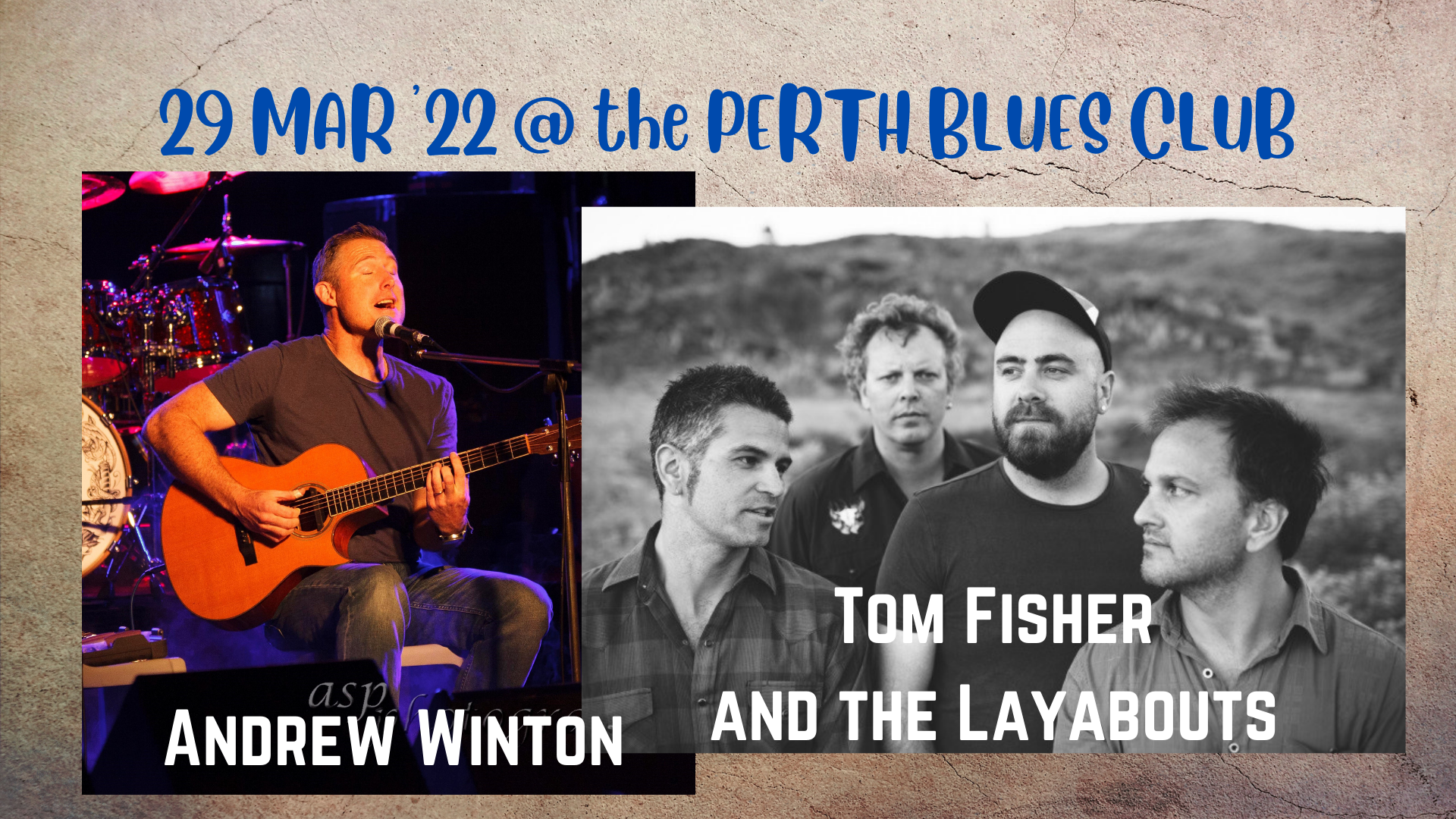 Andrew Winton is a multi-award winning songwriter and performer based in Perth, Western Australia. He specialises in lap-slide guitars, however is an accomplished musician with diverse training including a Diploma of Music (Jazz - electric guitar) from the prestigious West Australian Academy of Performing Arts (WAAPA). Andrew has performed at major festivals around Australia and internationally, and is known for his musicianship, on-stage warmth and humour, eclectic influences and diverse lyrics.

Tom Fisher and the Layabouts | 8.45pm

Tom Fisher and the Layabouts with their gritty blues, alt. country rock, is an institution on the WA touring and festival circuit. Fronted by Fisher, and fueled by a world class band line-up, they have a reputation and pedigree that can’t be argued with.
With a southern inspired sound that evokes Tom Petty, Springsteen, and Steve Earle, combined with Fisher’s powerful songwriting, they are a force to be reckoned with live. The Layabouts are known for their high energy gigs and polished set lists that span heartbreaking country ballads, to screeching slide guitar, blues rock stompers.