embrace the band with open arms.  This coming May 2019, the love affair

continues with the band returning to play shows in Brisbane, Sydney, Melbourne, Adelaide and Perth for the first time since announcing their break up in 2014.

At these incredibly special shows, ANBERLIN will be performing songs from their classic albums ‘Never Take Friendship Personal’ and ‘Cities’, as well as career spanning fan favourites from their stellar discography.

Anberlin, but for contemporary music” - Medium

Their follow up album ‘Cities’ proved that there was no limit to what ANBERLIN could achieve. ‘Cities’, met with unending critical praise, showcased the band’s progression, with songs like ‘Godspeed’ and ‘The Unwinding Cable Car’ packing a dynamic, unbridled passion – a theme that runs throughout.

"..adrenaline-fueled endeavors of the heart” - BILLBOARD

”a majestic evening; a true celebration of Anberlin” – Tone Deaf 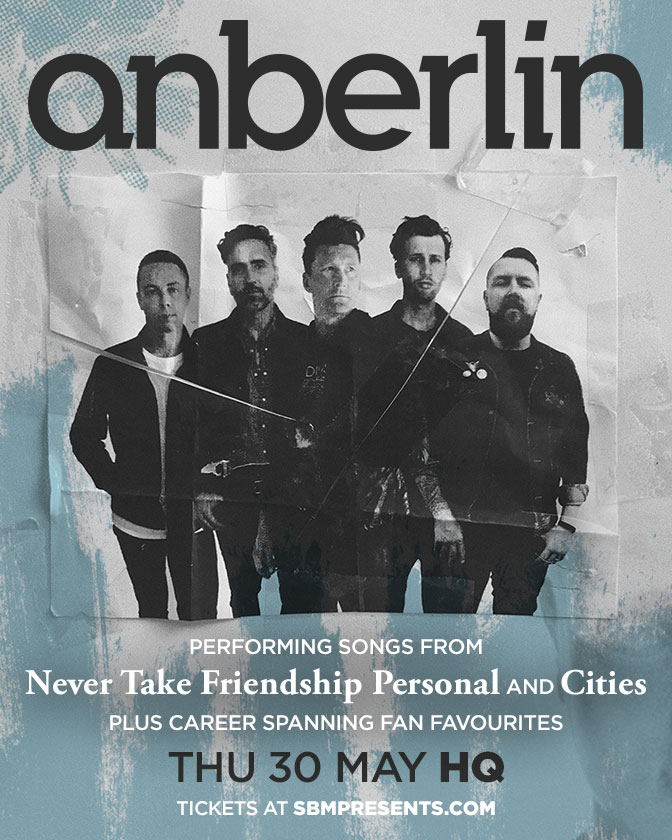 Saturday 25 May - The Tivoli, Brisbane

Wednesday 29 May - The Forum, Melbourne