Moshtix Weekender 058: Your Guide To What's On This Weekend 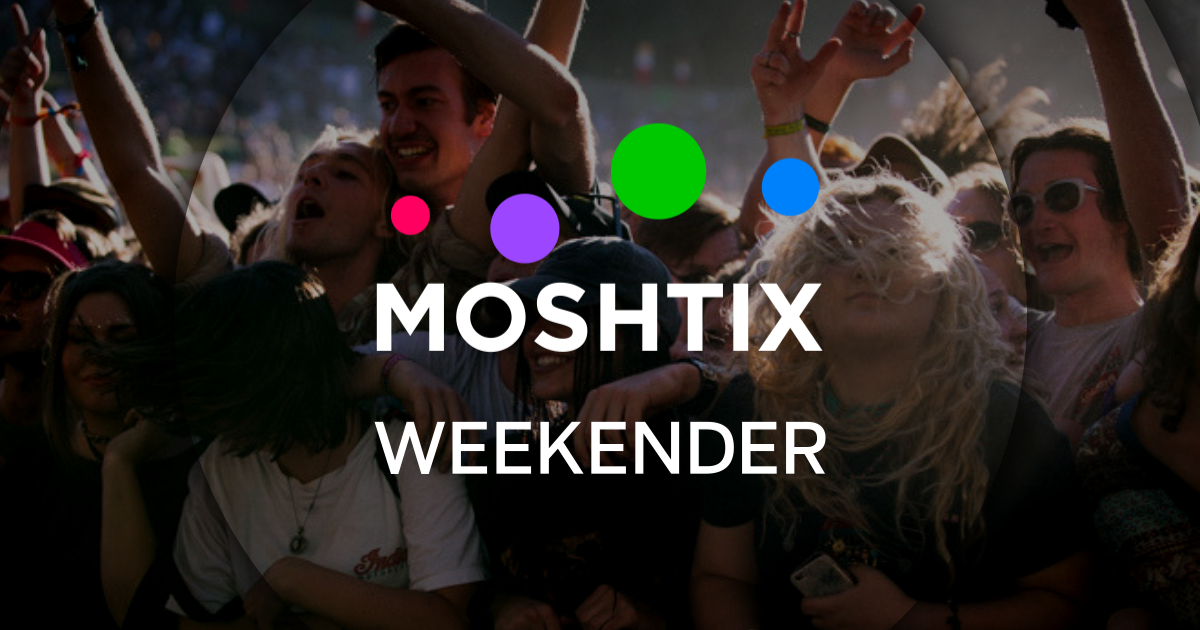 It's that time of the week again. We can't wait to kick back and relax this weekend! Check out our top picks to get your party started this weekend.

Fairgrounds celebrate their 5th anniversary this weekend at Berry Showgrounds with a mammoth lineup of amazing live acts including Dope Lemon, the Babe Rainbow, Liam Gallagher, DMA's, Meg Mac and more. The festival is also perfect for families with kids entertainment, a swimming pool and childminding available.

Hermitude showcases their latest record 'Pollyanarchy' this Friday at UOW Unibar. Joining the boys will be interstate collective Haiku Hands and Ninajirachi.

US hip hop duo EarthGang are taking over 256 Wickham this Friday, showcasing their debut album Mirrorland. The pair will also be joined by L.A. rapper Cody Osagie aka Cozz, also signed to J.Cole's label, Dreamville Records.

Independent rockers Young Lion are celebrating their new single 'Golden' this Friday at Woolly Mammoth alongside support acts Columbus and Electric Zebra. With a 4th album well in the works and headline tours on the horizon, Young Lions are certainly a band to keep an eye on.

Guitarist and singer-songwriter Ruby Fields performs at The Jack in Cairns this Saturday as part of her Rural Tour, celebrating the release of her debut album 'Permanente Hermit', released earlier this year.

Fresh from touring Ireland, UK, Germany, Poland and The Czech Republic, Melbourne legends RVG take on The Espy this Friday night, celebrating the release of their debut album 'Alexandra'. The Native Cats & V will also be supporting on the night.

Boogie all night long to some of your fave DJ's and dance anthems from the 2000s at Chasers nightclub this Friday night. Catch sets from global electro house trailblazer Dirty South alongside legends of the scene TV Rock, John Course and Goodwill.

With 2019 marking the 15th anniversary of Dan Kelly & the Alpha Males' much-loved debut, 'Sing the Tabloid Blues', the Melbourne-based musos re-form to celebrate the album with a special gig at The Gaso this Sunday supported by Olympia.

ARIA Award winners Art vs Science are playing an exclusive club show at Jive this Friday night. Party on through the night with the dance-rock legends as they play all the hits from their two albums along with a few new treats.