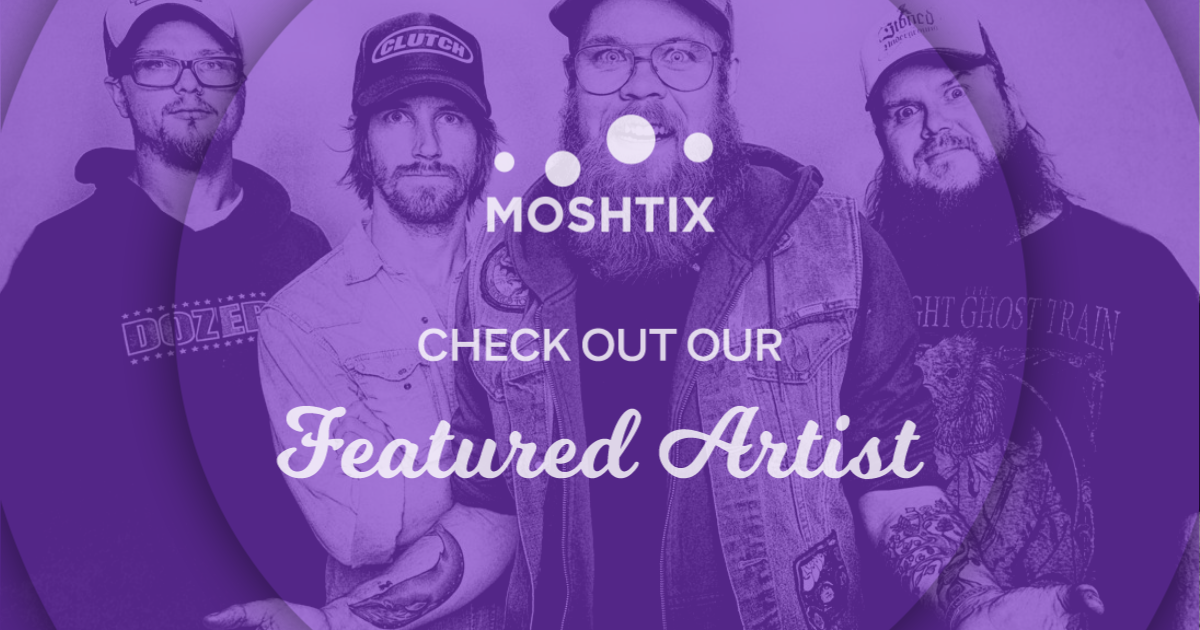 Since the release of their first self-titled EP in 2000, Swedish stoner rock band Greenleaf have certainly been in high demand, establishing themselves as a household name in the heavy rock scene.

As the band approach the 20-year mark since the release of their first self-titled EP they celebrate the announcement of their latest album 'Hear the Rivers' with a national Australian tour, hitting Melbourne, Hobart, Adelaide, Wollongong, Syndey, Brisbane and Gold Coast. We send the band a few questions to get to know them a little better and get the 411 on the new album.

Check out the full interview below.

Let's talk about your latest album 'Hear The Rivers'. Can you walk us through the process of writing the album? Was it a long time in the making?

We pretty much started working on new material right after Rise Above the Meadow was recorded and done, ok maybe a few days off but usually, my fingers start itching pretty fast to write new riffs. Most of the time I come up with a bunch of ideas/riffs at home and then later bring it to the rehearsal room and jam those riffs with our drummer Sebastian. If some of those ideas sound good we record them with my iPhone and send them to Arvid and Hans to get their input on if it's worth continuing working on. Usually, if Arvid likes it he records some vocal ideas and sends them to us...and yeah...that's how we work at the moment.

Arvid lives in Stockholm which is almost a 3-hour drive to Borlänge (where we live) and Hans lives in Berlin/Germany which is even further away. So it's not easy to rehearse together a couple of times a week...hahaha! But a hand full of times a year we get together to rehearse for upcoming shows or tours then we usually work on all the new songs also.

This is album number 7 for you guys, right? What's your secret to keeping that creative spark alight?

Feed the spark with beer! Hahaha! Just kidding! To be honest, we almost never drink when we rehearse or when I write music at home, you lose your focus pretty fast when you do that. It's all about the hunt of the perfect riff or song that puts that smile on our faces, that's what keeps the spark alight! We are addicted to smiles! hahaha!

You've been involved in the European rock scene for quite some time now. What's the most memorable gig you've played?

Well, we have had a whole bunch of amazing shows here in Europe but the one that comes to my mind right now is the Desertfest show we did in Berlin earlier this year, 3000-4000 people in the audience...we were blown away! And hopefully, they were blown away also hahaha!

You made your Australia debut last year. Did you notice a big difference between the music scenes in Europe compared to Australia?

Not really, maybe the "stoner" scene is a bit bigger here but other than that it's all the same. But with people Like Anthony at Your Mate Bookings, I'm pretty sure the scene will grow bigger in Australia also.

Do you have any specific pre-show rituals to help you prepare yourselves for your shows?

Besides sacrificing cute Little bunnies to satan we like to check out the support acts or listen to Highway star with Deep Purple and have one bourbon, one scotch and one beer. After that, we are usually ready to rock!

If you could recommend three bands in Sweden we should check out, who would they be?

This is a tough one! I could make this list really long but here are 3 Swedish bands that we really enjoy, Gösta Berlings Saga, November, Hansson & Karlsson.

Check out Greenleaf on their 'Hear The Rivers' Tour at Enigma Bar in Adelaide on Sunday 3 November, Transit Bar in Canberra on Thursday 7 November and The Vanguard in Sydney on Friday 8 November.