Supporting them on the day Mantis Empire Known as the “Rock, Reggae Juggernauts, creating waves of hype around the Sunshine Coast…

Brixton Alley from the UK who are spreading their alternative-indie across Australia with their fast lyrics , big riffs and funky basslines mixing rock and rap music.

Goldie Horn Toowoomba Trio with plenty of Rock and Blues swagger and New to the Scene Brisbane Band SHORES who boast a groovy yet powerful sound.

𝐓𝐡𝐞 𝐖𝐚𝐲𝐰𝐚𝐫𝐝 𝐒𝐮𝐧𝐬 weave together raw, earthy instrumentation with spirited vocal delivery, they create a collage of sounds that'll leave you hanging on every note. With their textured, rhythmic blend of genres." Happy Magazine 2018

The deep funk rhythm section is peppered with the melodic counterpoint of sizzling guitar lines and powerful turntable samples, complimented by a rootsy growl which juxtaposes the DJ/MC’s conscious hip hop lyricism.

The last couple of years has been huge for The Wayward Suns. The release of their debut album 'Paradigm' was a resounding success and was nominated for album of the year in The Gold Coast Music awards. They also claimed victory in the Passport to Airlie national battle of the bands. This is the largest of its kind in Australia, which puts bands from all over the country in competition to win a spot on the main stage at one of Queensland's largest music festivals. The band’s hard work and dedication to their craft has served them well. They are consistently lighting up shows with their mystical expressions of truths, love & party, bringing life to the Gold Coasts best venues such as The Night Quarter, Miami Marketta and the Miami Shark Bar. The band is certainly no stranger to festivals either, performing at Brisbane Festival, Buskers by the Creek, Glow festival, Mardigrass, Wallapalooza, The Airlie Beach Festival of Music & Rolling Sets Festival Coffs Harbour.

The Wayward Suns have meticulously crafted a free flowing and ambitious listening experience, which is highly deserving of the attention of those with a penchant for the aforementioned musical styles, and is yet another impressive addition to the ranks of world class sounds being concocted right here on the Gold Coast. "BlankGC 2018"

Late 2019 the band has released their first single of the upcoming 2nd album release, named Real Shift, which premiered their first independent music video, filmed with support of the Gold Coast massive at the acclaimed 2019 GC venue of the year Vinnies Dive Bar. Real Shift blazed a pioneering path through the timeless echoes of the current status quo, "Live on top, change the system, lose the banks, who's goin' to miss them; this whole worlds for you and me, let's rewrite this reality ... "

Waywardly travelling along the path of the fool, April 1st saw their second single release for 2020 labelled “Mystery”, stripped back and simple in it’s essence, this song embodies that taking the listener on a mystic journey through a fused, surreal landscape of flowing rhythm and emotion.

Coming out of the mystery The Wayward Suns shine a light on true knowing of self. Lyrically it is complex and meaningful and explores the 'mystery' of life, love and what it means to walk this earth with the best intentions at heart, intertwined with the wayward signature mix of hip hop and roots. Essentially, Mystery in every sense of the statement manifests boundlessly across all states of sound and consciousness.

For the near future the band is focused on recording the next studio album in 2020 which is currently being produced and recorded at Love Street studios. They have lit up their main stage shows supporting Australian local & international legends; Hilltop Hoods, the Rubens, Mallrat, Lime Cordial, Sneaky Sound System, The Beautiful Girls, Killing Heidi, Marcia Hines, Ash Grunwald, Elektric Lemonade, The Mason Rack Band & Melbourne Ska Orchestra.

“If you’re not already across the colourful, vibrant sounds of Gold Coast five-piece The Wayward Suns, it’s definitely time you changed that. "Happy Magazine 2018

"Cosmic groove-fusion merchants The Wayward Suns are a collective whose blazing, good times vibe is on the rapid ascension across the local music landscape." BlankGC 2018

Known as the; “Rock, Reggae Juggernauts, creating waves of hype around the coast…” Mantis Empire is your good time band with an undeniabie ability to break ice and build vibes.

In June 2018 the group released their debut album, ‘Spread the word’ capturing the attention of Triple J host Nkechi, which featured ‘Tell me the truth’ on ‘Roots n All’ show. Furthermore gaining airplay throughout Australia, New Zealand, and the United States.

Winners of Passport to Airlie Sunshine Coast. M.E’ (Mantis Empire) blasted their way, vivaciously through multiple live sets, which in no time had punters of Airlie Beach Festival of Music wowed with their distinct sound.

“Shadows style guitar work and more than just a bit of Santana thrown in, this music made for some perfect festival vibes”

The coastal dark horses have said to expect more music very soon followed by the possibility of a 2nd album late 2019….

Brixton Alley are made up of best mates Jonny, Ben and Alex and are the newest, and most promising alternative-indie band to hit the scene in recent years. Their high-energy and fast lyrics are blended with big riffs and funky basslines to mix rock and rap music in what is a refreshing, new style leaving no boundary uncrossed. Recently moving to Melbourne, all the way from the U.K they are absolutely pumped to show the Australian music scene what they've got to offer.

This trio from Toowoomba have a signature sound all of their own. Infectious rhythms and plenty of blues swagger. Led by front man Jediah Boase a skilled guitarist and song writer, their music is a fusion of blues, jazz and rock with a reggae feel that immediately engages an audience.

𝐒𝐇𝐎𝐑𝐄𝐒 are a fresh young 4 piece out of the musical hotbed that is the Brisbane scene at the moment.

Formed like most Aussie bands in a generic outer suburban garage in early 2019, the band consists of Lauchy on vocals and rhhythm guitar, Samm on lead guitar, Benny on bass, and Dan on drums.

Their sound is equal parts sunny beaches and Millennial angst, with the boys drawing from multiple sources of inspiration to create a groovy yet powerful sound.

The influences of bands like Sticky Fingers, the Pixies and Arctic Monkeys stand out loud and clear in their debut single “Peach Street.” 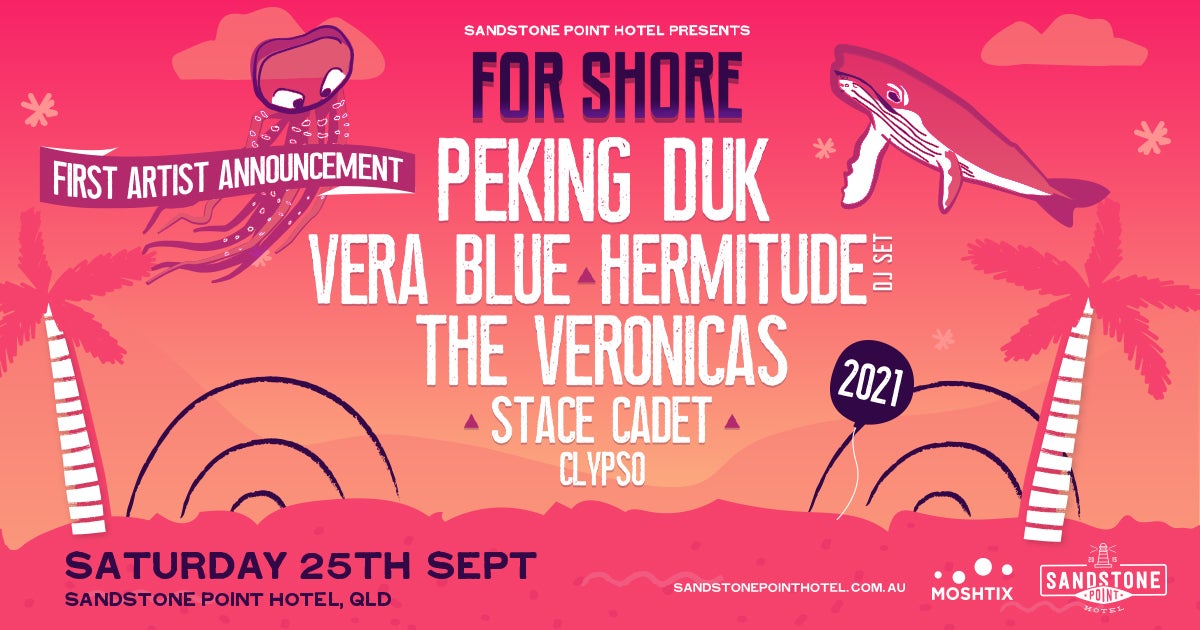