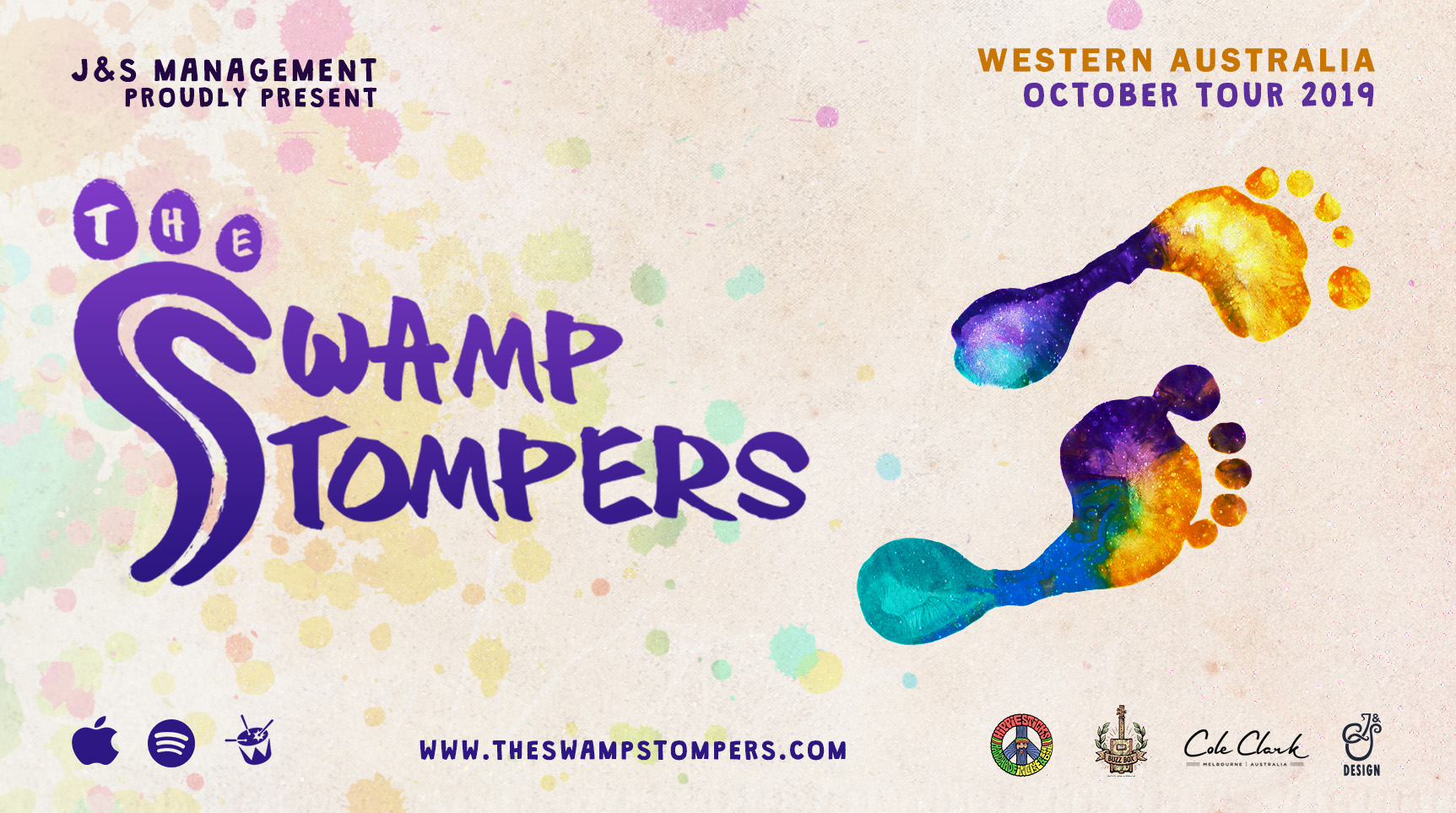 Due to overwhelming demand, The Swamp Stompers will be returning to Western Australia in October 2019 and perform for you at the Perth Blues Club on the 15 Oct.
The Swamp Stompers play funky rock and blues with heavy grooves. Emerging from the dirty backwaters of NSW, the band sounds like the musical lovechild of John Butler Trio, Led Zeppelin, and Red Hot Chili Peppers, with three-part harmonies, catchy guitar riffs, and didgeridoo soundscapes setting this original blues-rock trio apart from the pack.

The Swamp Stompers are supported by Night Herons (7.30pm) and Resonator (9.45pm)

Pete Romano and Mark Constable make up the Night Herons.These two have been around the Perth blues scene from before the inception of the Perth Blues Club! Together they form a full sound duo: two vocalists, a guitar, harp and footpercussion. This time at PBC they will be performing theirSongs of Sin and Redemption. Be ready for some fun on the dark side.

Resonator
One of Perth's most entertaining cover bands, a three-piece outfit with a big, fat and fulfilling sound, is Resonator. The band plays pub rock and boogie classics from a wide range of styles, including electric rock, lowdown blues, acoustic country and funky grooves. What a way to finish the night.