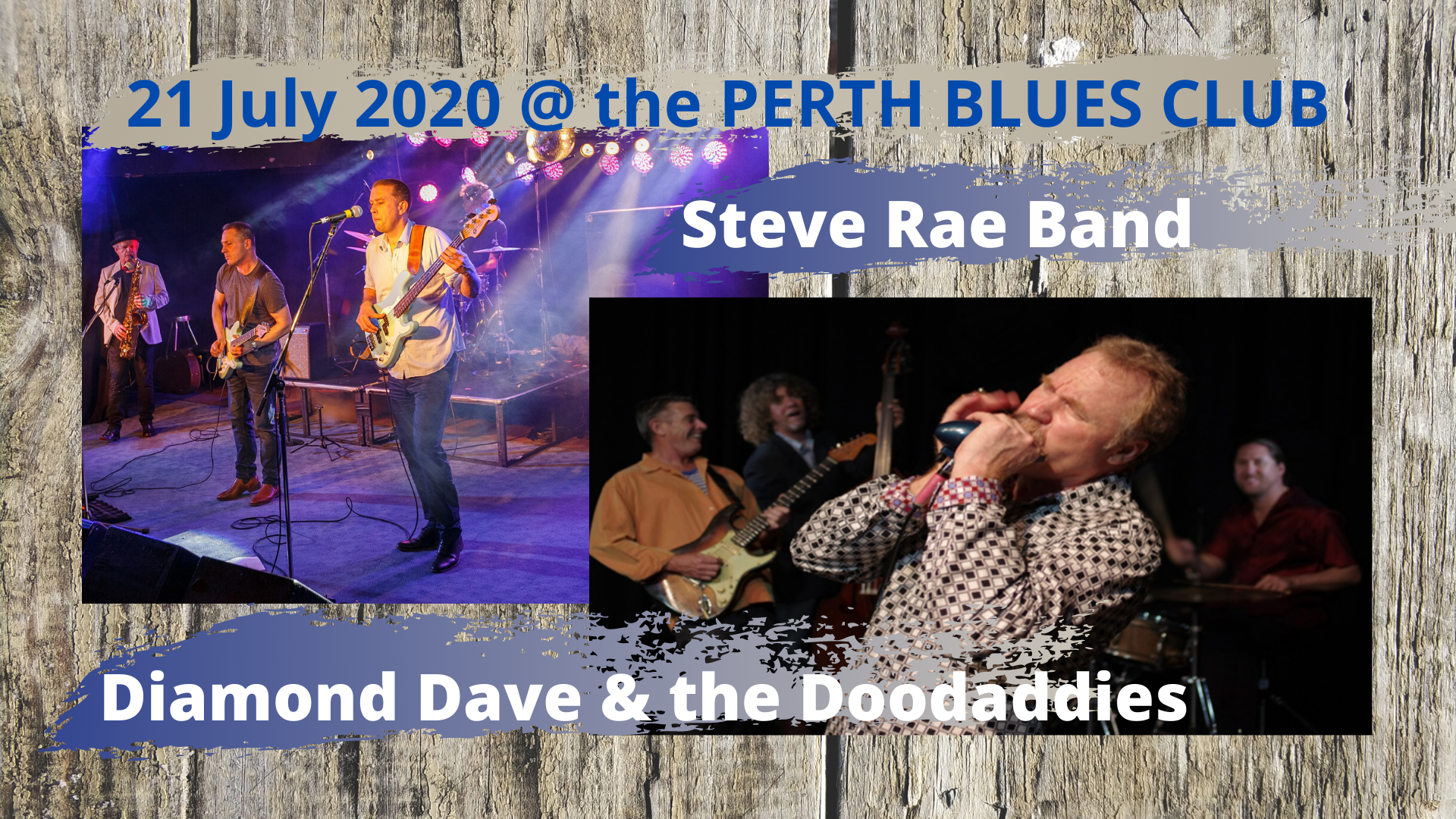 The Steve Rae Band came into being in late 2017 after guitarist, vocalist and songwriter Steve Rae was introduced to drummer Damo (Damian Haug) with a view to forming a blues based band.  After some initial line-up shuffles the band drafted in well loved Perth saxophonist Douglass Jones (with whom Steve had played while a member of the blues band, John Smoker’s Midnight Jammers) and blues bassist James Johnson, to complete the line-up. Rooted in the blues, but branching into jazz tinged funk, blues rock and soul, the Steve Rae Band draws from a diverse range of original material penned by Steve, coupled with covers of the band’s favourite blues / blues rock tunes. Steve’s earthy vocals are supported by the powerful, driving, yet classy rhythm section of Damo and James, which in turn provides the ideal backdrop for Doug’s soaring sax solos and Steve's sizzling lead guitar.

Diamond Dave and the Doodaddies | 8.45 PM

Hailing from Perth, Western Australia, Diamond Dave and The Doodaddies are a four piece Chicago style Blues Band offering a solid selection of uplifting grooves covering swinging shuffles, soul, boogaloo, 'cry in your beer' blues and more.
Featuring the sensational harmonica playing of "Diamond" Dave Billing and the red hot guitar chops of Dave Brewer, the doodaddies, prove not only that the roots of the blues are strong and far reaching, but the future of the blues is bright. The Doodaddies are: Dave Billing (Harp and Vocals), Dave Brewer (Guitar and Vocals), YugonChobanoff (Drums), John Wilson (Bass).