The news comes off the back of a big 2019, including the release of two singles ‘Can’t Afford It’ & ‘On My Own’, signing to Ivy League Records & dominating the critic’s ‘best of’ lists at Bigsound Festival, with The Music gushing “everyone wanted a piece of Bakers Eddy by week's end.” In further exciting news, the band will also be releasing another huge single in the coming weeks – watch this space.

Formed in Wellington, New Zealand when they were just 13 years old, Bakers Eddy began when three high school friends decided they wanted to do something other than skating with their time. Originally comprising of lead singer Ciarann Babbington, Drummer Jamie Gordon and Bass player Ian Spagnolo, the band quickly recruited Ian’s twin Brother Alex Spagnolo on guitar. “We got sick of Alex playing PS3 in the same room while we rehearsed, so we taught him an A chord and he was in,” explains Ciarann.

Bakers Eddy are garnering a reputation for being one of the most exciting new live acts in the country. Don’t miss your chance to catch Bakers Eddy’s renowned & raucous live show in the flesh! 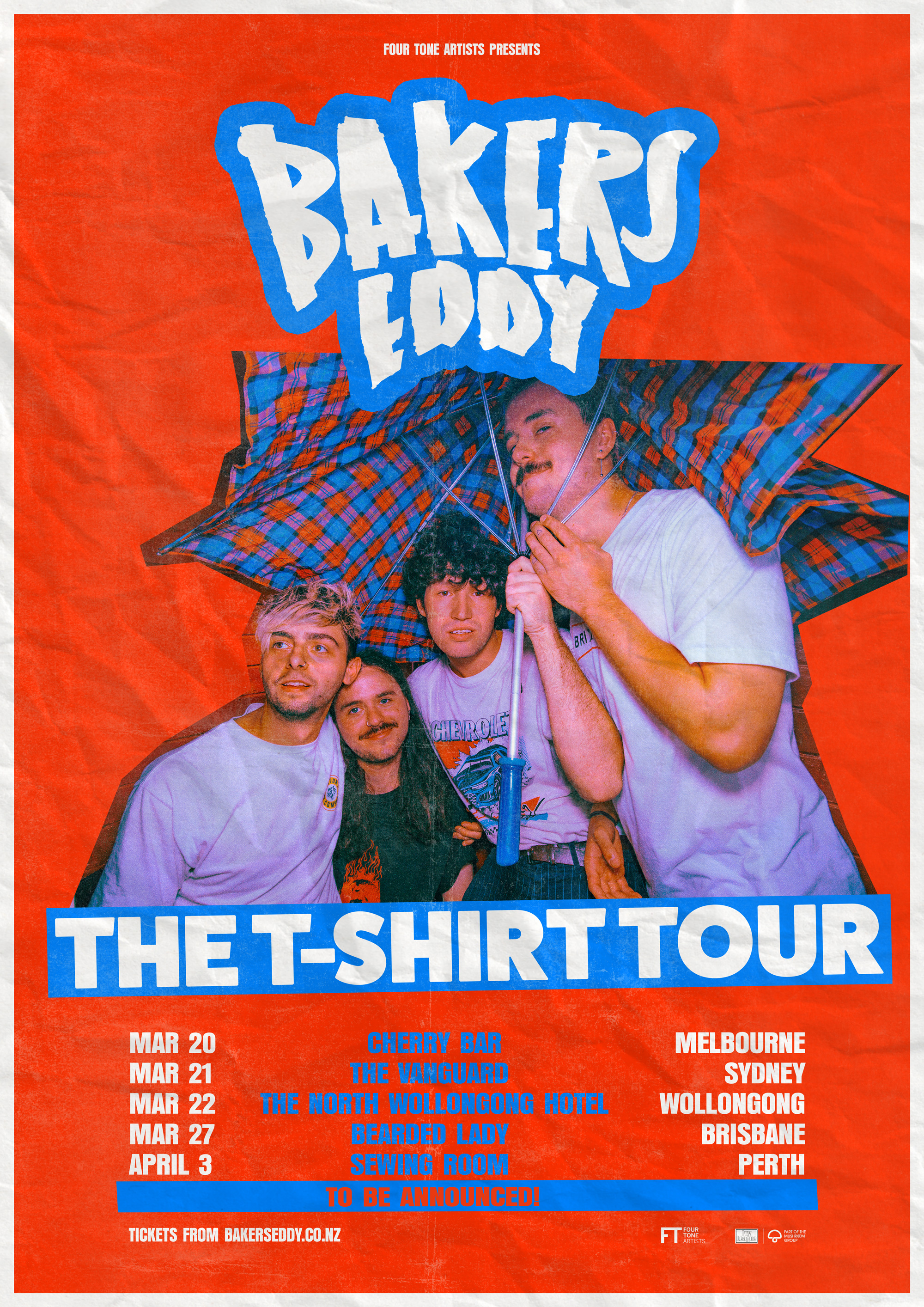 ON REPEAT: CATFISH AND THE BOTTLEMEN NIGHT

PERTH!! The Transmission fam are hosting a special Saturday night party at The Sewing Room dedicated to our fave bois: CATFISH & THE BOTTLEMEN! more »

Taking Back Saturday djs will be spinnin' all your fave pop punk & emo tunes until late at the Sewing Room! Join us for a night of MMRS, closing the god damn door and marching to The Black Parade. more »