Village Sounds and Yours & Owls presents...

Bad//Dreems return with Double Dreaming the first offering from their third studio album, due out in October through Farmer and the Owl.

A fevered vision of the end days, an absurd tale of Neil Young’s hearse, Samson and the Lion, identity politics and Celine. It is a fitting introduction to the forthcoming album, with its Devo-esque guitars and frenetic groove. Lyrically the album examines the ridiculousness of the post-truth world as it teeters on the edge of the apocalypse!

For the first time, Bad//Dreems took a break from touring in order to focus their attention on the creation of their first true studio album. They recorded 50 tracks over 6 months at guitarist Ali Wells’s ramshackle Grinchdoor Studios at Grange in Adelaide, before teaming with the production team of Burke Reid and Jack Ladder to record the album at Twin Earth Studio in Adelaide.

Following their humble beginnings in an Adelaide whitegoods warehouse, Bad//Dreems rose to prominence on the back of their debut album Dogs at Bay (2015) and its follow up Gutful (2017), which introduced audiences to their powerful Antipodean rock with its outsider tales of suburban ennui, isolation and Australian dystopia.

Bad//Dreems head to the UK in June for a number of headlines shows and two opening sets for Midnight Oil. They have just been announced on the line up for Yours and Owls Festival in October. 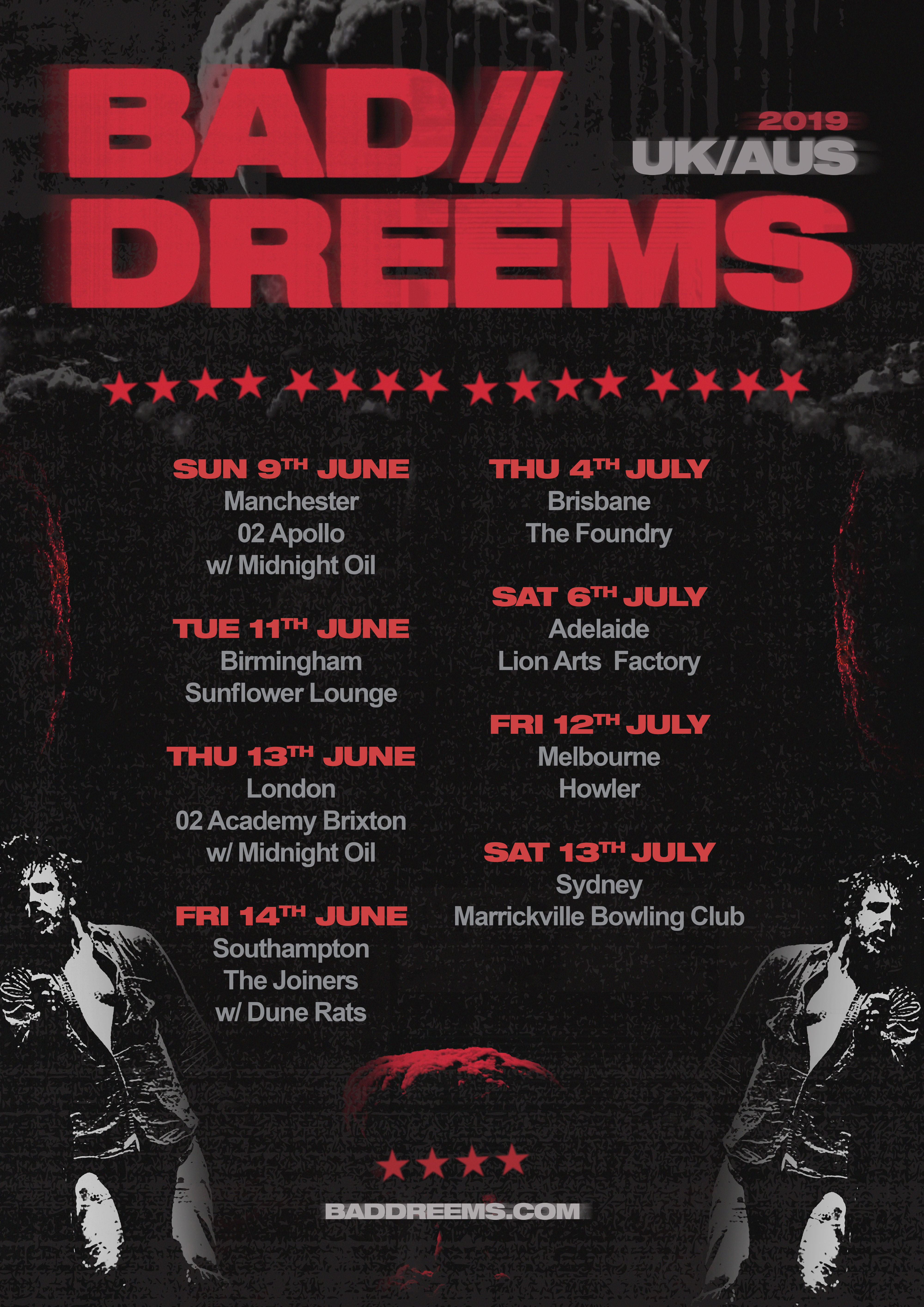 REDHOOK “The Bring Your Mates Tour”