After ending 2018 on a high of over 200,000 Spotify streams, the Perth band that has been making waves, Almond Soy, are releasing their first single of 2019.

The band will be embarking on 2 years since formation in March of this year. Since forming, Almond Soy have made a name for their selves in the alternative music scene. They have evidently grown successively with each release, and ‘Apartment’ sees the band settling perfectly into their darker, yet still playful sound.

2018 saw the young, yet passionate band tour nationally twice, and finished off the year with their first international shows in Singapore for Music Matters. To add on to their impressive list, Almond Soy has had state and national radio play, including the likes of Triple J.

To celebrate the release of ‘Apartment’, Almond Soy are heading off on their biggest tour to date, around the country. Along with the launch of the single, the band have partnered with Beyond Blue for their Perth show at the Aardvark where a percentage of the proceeds will be donated too Beyond Blue to help those struggling. 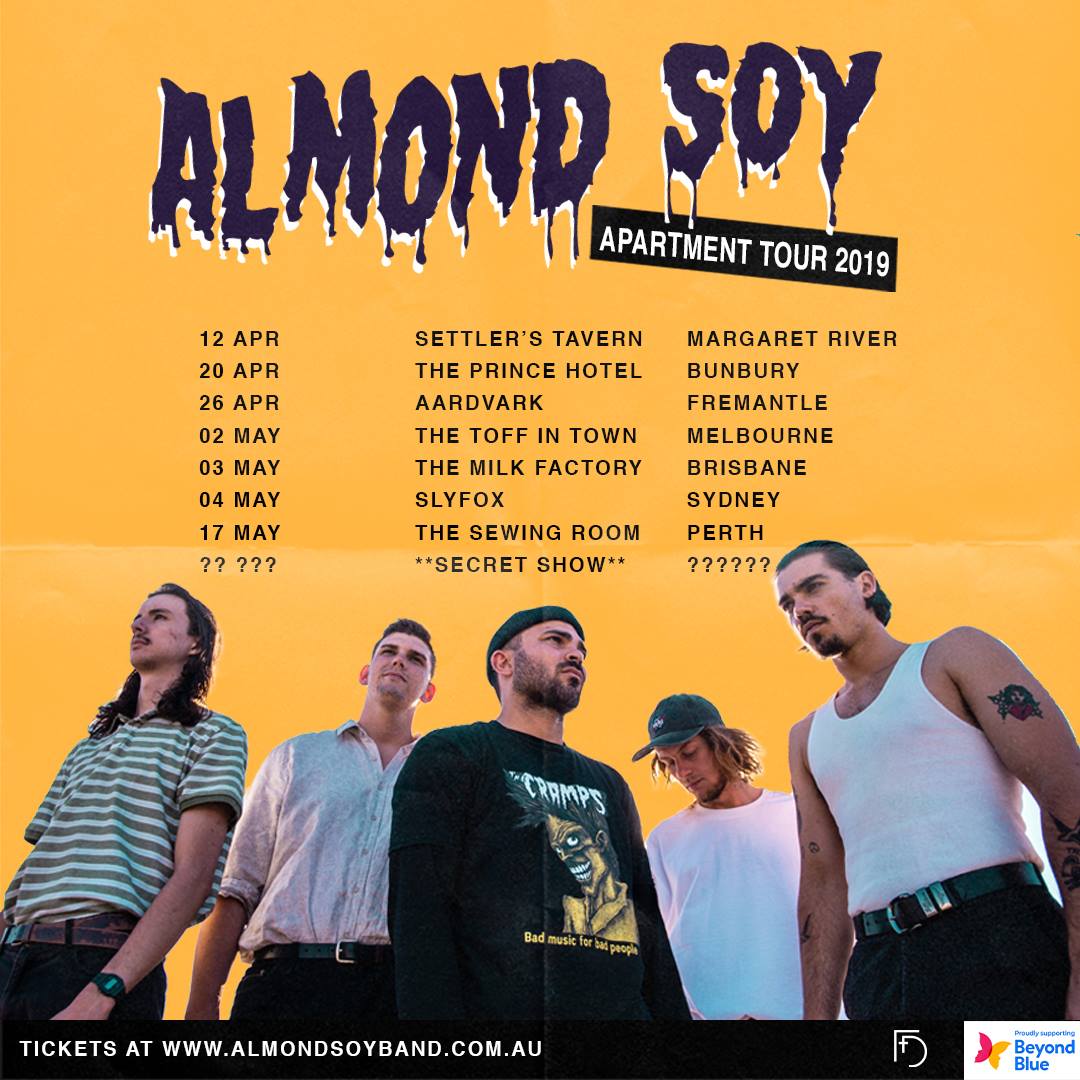 Taking Back Saturday djs will be spinnin' all your fave pop punk & emo tunes until late at the Sewing Room! Join us for a night of MMRS, closing the god damn door and marching to The Black Parade. more »

Boy & Bear return to Perth as part of their Suck On Light Tour! more »

NZ Music T-Shirt Day: Get To Know Some Of The Homegrown Talent Killing It Right Now

Taronga Zoo And Zoos Victoria To Reopen Next Week