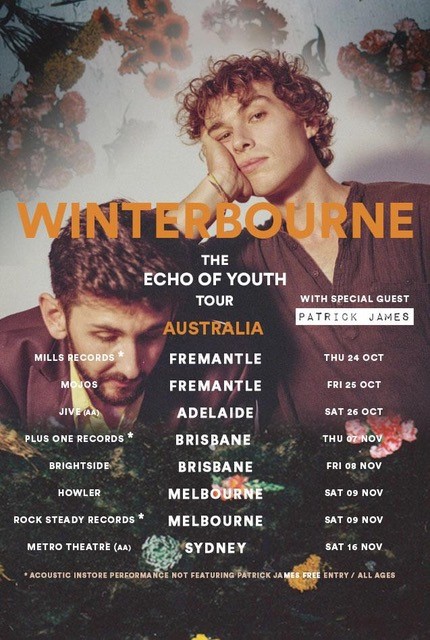 This October / November, Winterbourne will conclude the biggest year of their career to date by touring their hugely anticipated debut album Echo Of Youth.

The imaginatively named ‘Echo Of Youth Tour’ will take Winterbourne to all corners of Australia (with an embarrassingly large number of exceptions), where they will perform plenty of bops, jams and classic hits to tens of billions of adoring fans. We can confidently say that this tour will be the single greatest achievement in the history of music, but don’t take our word for it.

Joining Winterbourne on the 'Echo of Youth Tour' will be friend and very special guest, Patrick James.

Here is a direct quote from the band: “This tour will be pretty good,”- Winterbourne.
NICE ONE FELLAS! Purchase your tickets now!