LION ARTS FACTORY, ADELAIDE, SA
If you checkout without making all the selections you are entitled to, you will be able to return at a later time and choose your remaining options (simply log in to your Moshtix account and return to the event page).

Thy Art Is Murder have announced The Human Target Australian Tour, set to pulverize the continent in September. Joining them for a masterclass in extreme metal excellence will be Carnifex (US), Malevolence (UK) and I AM (US).

Originally set to take place in the wasteland that was 2020 - before being forced to pull the pin completely in 2021 - The Human Target Australian Tour has been a long time coming from our purveyors of brutality. Released in 2019, Human Target foreshadowed the dire reality we are living in 2022 where hyperactive virtue signaling, extremism and disenfranchisement serve as a distraction while our planet staggers toward an inevitable climate disaster that we are now witnessing in real time.

Supporting Thy Art Is Murder will be Californian crushers Carnifex, returning to Australia for the first time in over 11 years (!!), as well as Malevolence, who are currently reigning supreme as the UK’s most hyped metal band of 2022, and no-nonsense ‘Texas Metal’ kings I AM.

Thy Art Is Murder are currently on the tail end of a massive 32-date North American tour, leaving a trail of sold out shows in its wake. By the time they arrive back on home soil for The Human Target tour, they’ll be match fit and raring to go.

Warning: The Human Target Tour will be your last chance to see Thy Art Is Murder in 2022 before we lose them to the Northern Hemisphere where they’ll see out the year on tour with Lamb of God and Kreator. Tickets will move quickly so don’t hesitate to grab them before the sold out signs appear.

THY ART IS MURDER w/ guests CARNIFEX, MALEVOLENCE & I AM 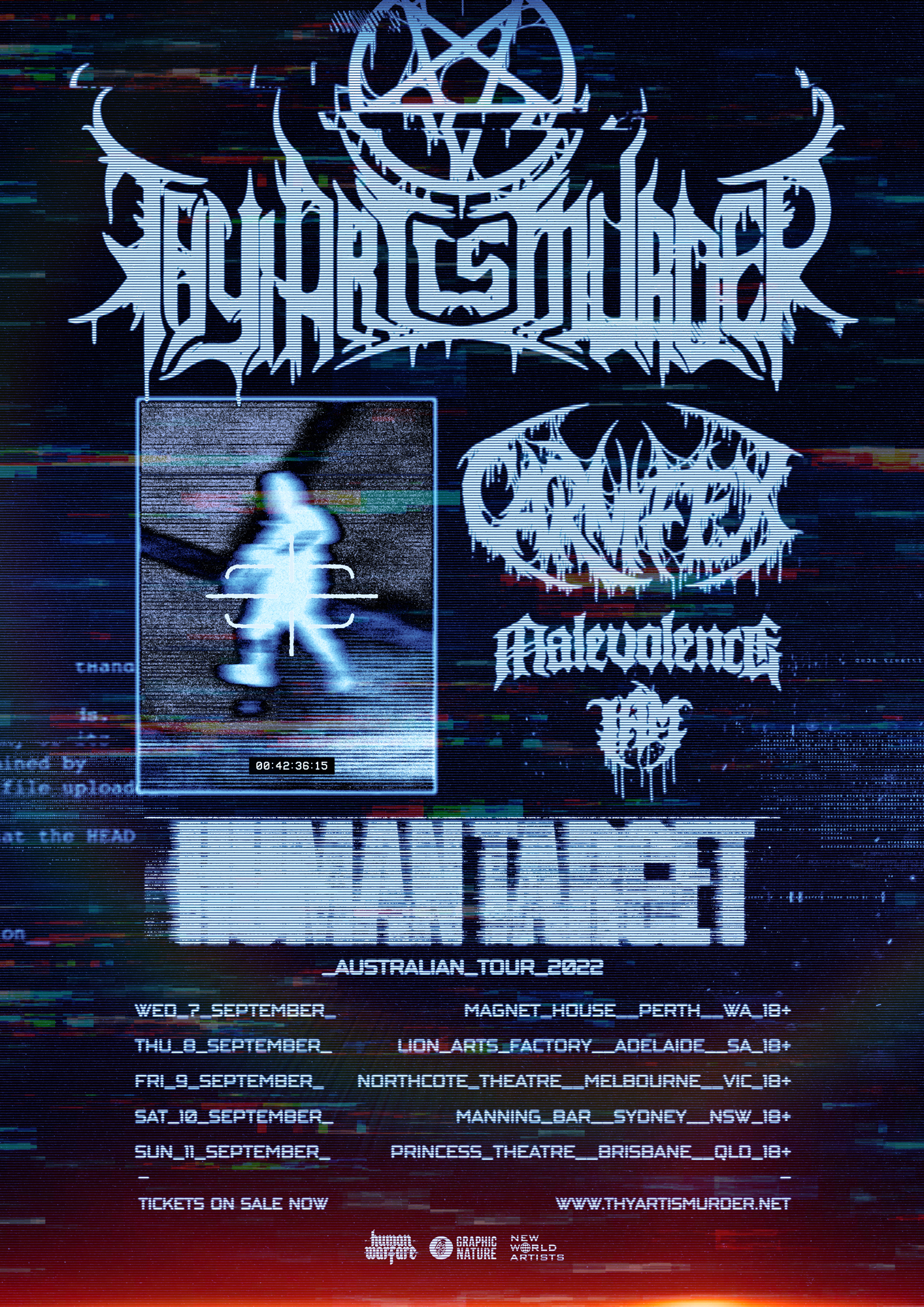