Music: Sets by The Dip and Goodgod Small Club regulars, including a reunion of HOOPS, Halfway Crooks, Joyride, Ariane, Charlie Chux and more!

Foodies and music lovers unite as today Secret Sounds is thrilled to announce Supper Club, a new event series igniting the collaboration of your favourite musicians with some of Australia’s most outstanding chefs, mixologists, wine purveyors and food critics!

Part of the Sydney Solstice program, in partnership with the NSW Government via Destination NSW, the series celebrates the hand in hand nature of the hospitality and entertainment industries. Think themed nights pairing delicious eats and drinks with the sounds of some of the country’s best artists. The events have each been lovingly curated by the artists and hospitality team for an unforgettable experience of food, drink and music, all tied together by a meaningful concept unique to the artists involved.

Continue your long weekend shenanigans when The Dip returns for one night only on Sunday 13 June. Opened by Andrew and Bianca Levins in 2011, The Dip was a restaurant inside the legendary Goodgod Small Club. Serving up the perfect nightclub eats - burgers, hot dogs and Southern BBQ - it was one of Sydney's first American style diners. Levins is making a rare return to the kitchen to celebrate ten years of The Dip and invited some of his good friends to join, including Mitch Orr (Pilu, ex-ACME), Clayton Wells (Automata) and Mike Eggert (Totti’s/Pinbone), who will be making their own signature hot dogs, exclusively for the night. Burn it all it off on the dancefloor with a huge lineup of DJs who used to frequent The Dip and Goodgod Small Club, including a reunion of HOOPS, Halfway Crooks (Levins and Captain Franco), Joyride, Ariane, Charlie Chux and more.

Do not attend if you are feeling unwell.

The venue will be taking a number of precautionary measures to ensure patron safety, including:
- Hand sanitiser dispensers
- Signage and social distancing markers throughout the venue
- Regular sanitising of the venue and facilities 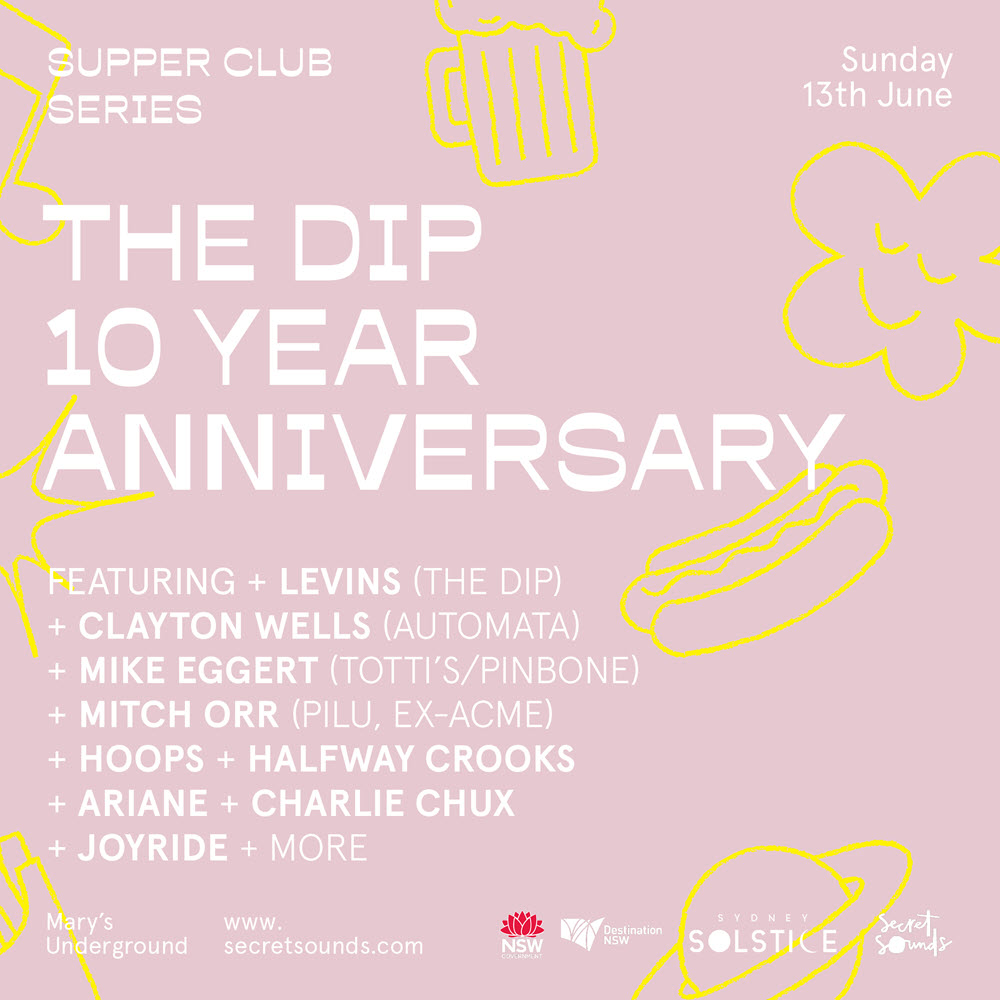