Splendour In The Grass 2019 Set Times Are Here

Splendour in the Grass is almost here and we're pretty keen to check out all the amazing acts that will be dishing out sweet tunes all weekend long.

For those of you lucky enough to nab a ticket, Splendour have officially released the set times. So here's your chance to lock down your personal program to make sure you don't miss out on any of your favourite acts.

The Splendour team have also unveiled a new function coming soon to the Splendour mobile app that lets you create a personalised schedule of all the artists, workshops and other performances you want to see at North Byron Parklands this July 19th-21st. Update or download the app HERE.

If there are any sufferers of FOMO out there that missed out on a ticket, don't worry! Splendour have just released a bunch of final release tickets available now.

Check out the Splendour set times below.

Splendour in the Grass 2019 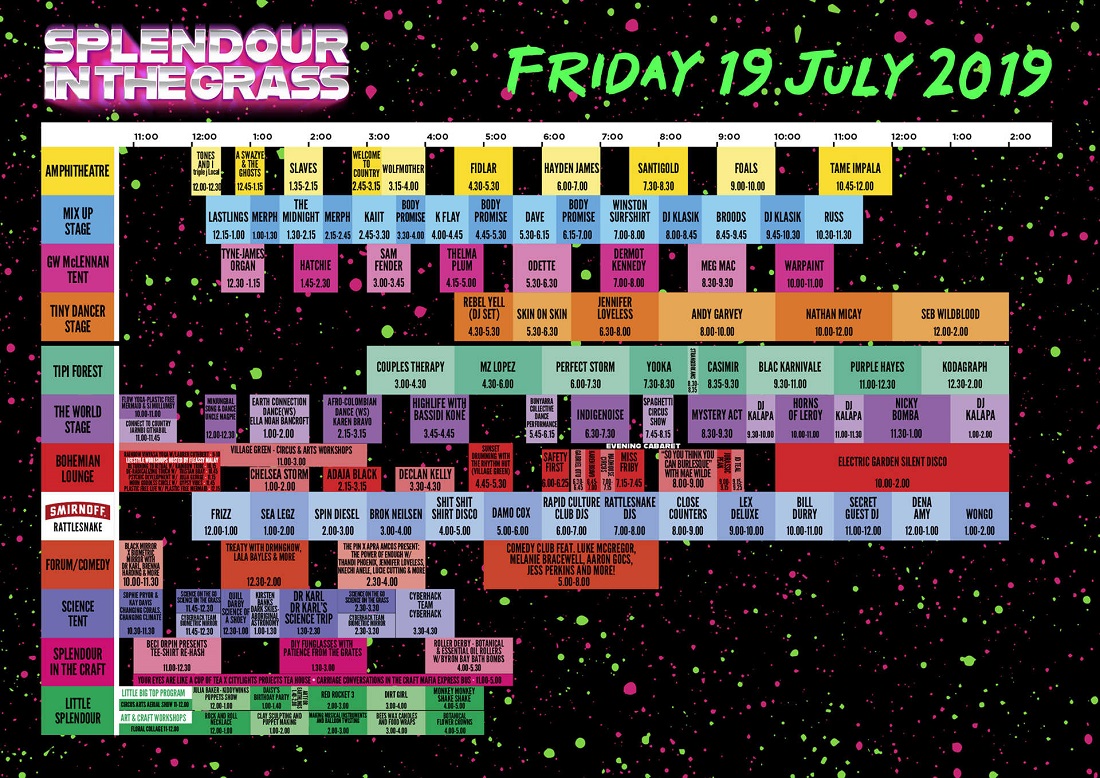 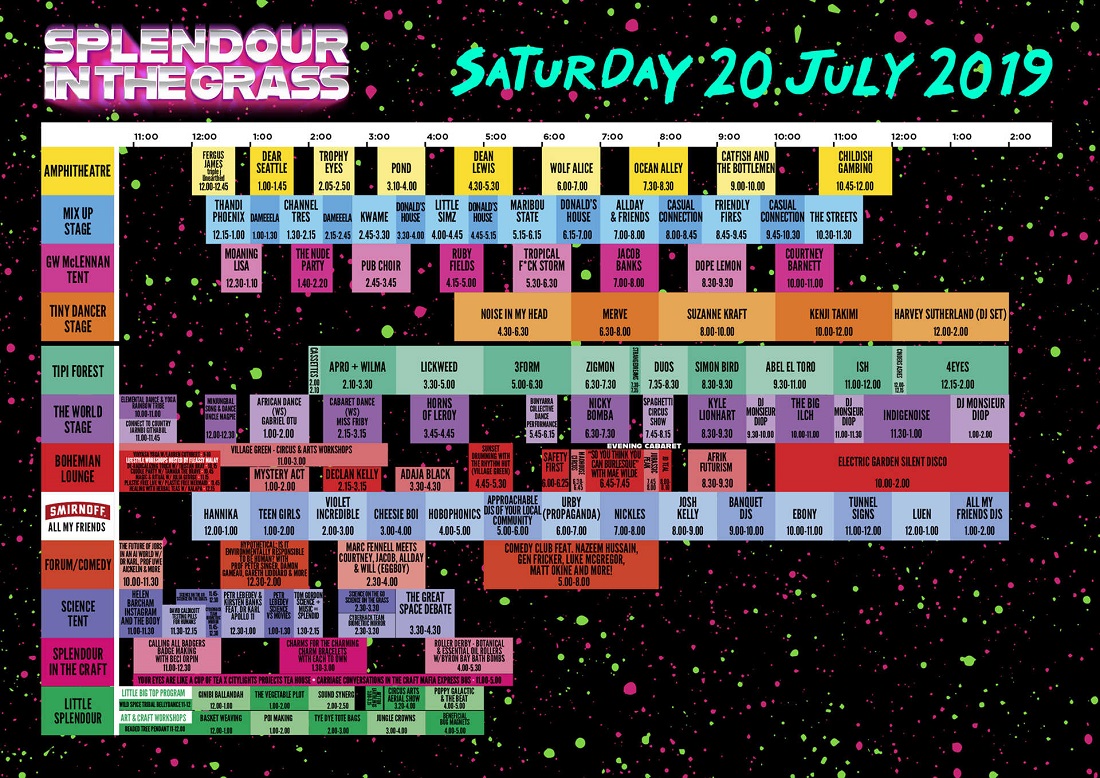 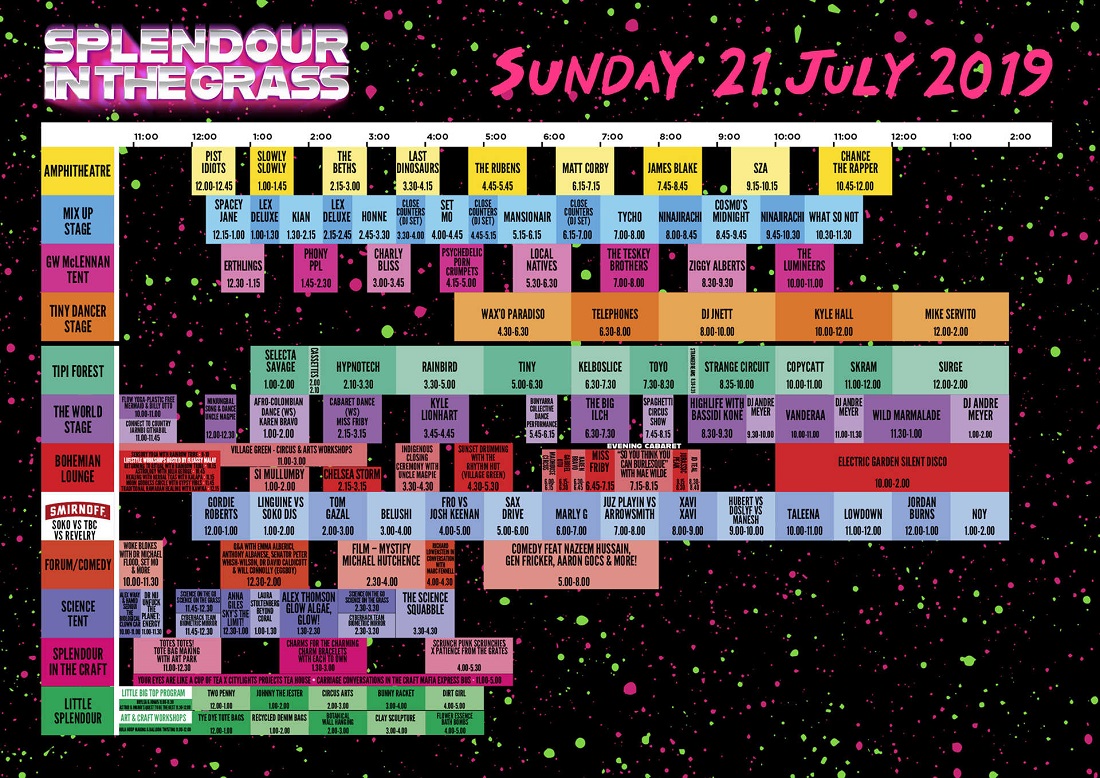