Moshtix Weekender 034: Your Guide To What's On This Weekend 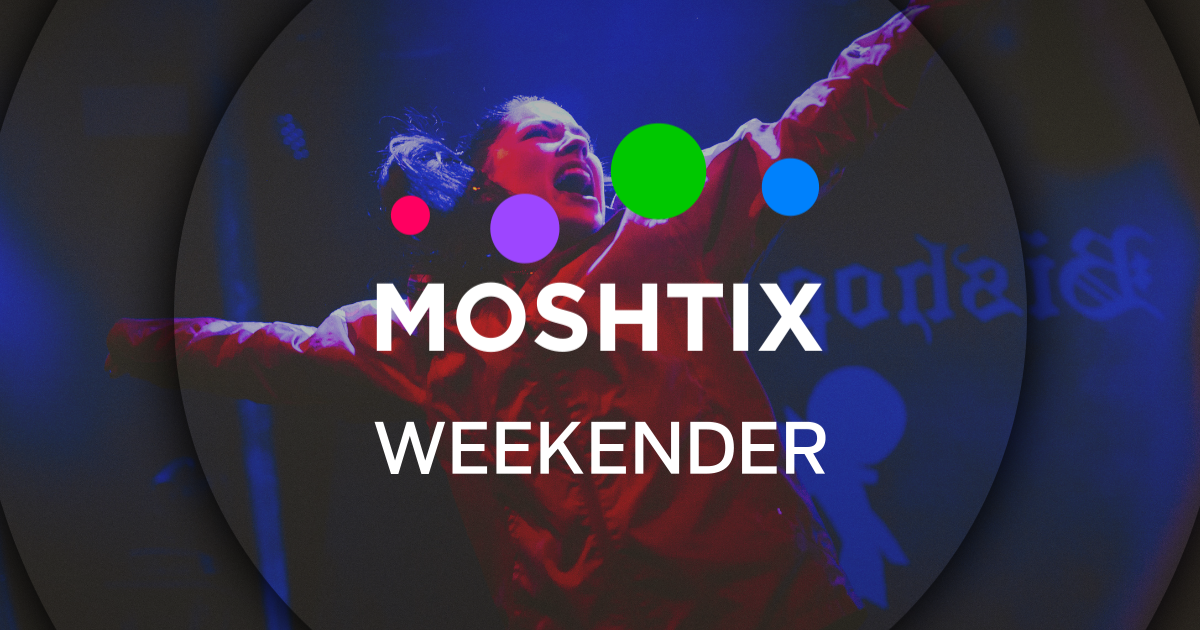 The long weekend gods have finally graced us with their presence. I don't know about you but I could definitely get around a permanent Thursyay.

If you're only just realising that it's a long weekend and you have absolutely nothing planned or perhaps you just want to cram some more events into your already large weekend, you've come to the right place. Check out some of our top picks for this Easter long weekend below.

Get your boogie on this Saturday with Melbourne DJ Lucille Croft bringing non-stop bangers to the dancefloor at Candys Apartment.

You can't beat a good old sister duo and Nashville based duo Larkin Poe are no exception. They're bringing their own brand of Roots Rock 'n' Roll, full of gritty soulfulness to Oxford Art Factory on Monday after they perform at Byron Bay's Bluesfest this weekend.

Experience Melbourne Zoo after dark as it's transformed with lights, projections, art installations, interactive performances, food and drink, and more all long weekend, and the most important part, all proceeds contribute to the conservation of the critically endangered Southern Corroboree Frog!

Simple returns to Revolver for another boogie this Good Friday, bringing along with them Phil K, Mha Iri, Matt Radovich, Rory Marshall, Hit Machine and many more.

Goons of Doom are bringing their first Aussie tour in over two years to the Gershwin Room at Hotel Esplanade in St Kilda this Sunday to help promote their upcoming new album 'Black Skull Bong'. They'll also be bringing along special guests Drunk Mums and Bunny Racket along for the ride!

Touring Australia for the first time is OG underground artist Xavier Wulf. He's playing at Woolly Mammoth this Sunday, taking his underground blueprint to the next level to bring you one epic night of hip-hop and rap beats.

Singer-songwriter Alexandra Lynn aka Alex the Astronaut is bringing her melancholy yet optimistic songs to the Lion Arts Factory stage this Friday night. Get ready for a performance of raw honesty and energetic playfulness!

If you're looking for something a little more Alt-Rock-ish Crown and Anchor have your back, hosting Adelaide's noisy mates Horror My Friend this Friday night. They're celebrating the launch of their new single 'Turned Loose' with local legends Blush Response and Teenage Joans. Catch them before they head off on their Europe and UK tour.

Okay, so if you haven't heard of Fred P before then I suggest you listen in. He's one of the best in the biz when it comes to house DJ's. He was one of the key players in New York City's resurgent house scene and has become a real icon in the scene. If house music is your jam watch the master spin some tracks at Sugar this Saturday.

Joyride has certainly established himself as one of Australia's most diverse musical talents. He brings his high energy party DJ vibes to Fat Controller for an epic long weekend party this Saturday night. Dust of your dancing shoes, you're in for a long night of non-stop boogying.

Get funked up with Perth's biggest and baddest brass band Funked Up Brass! at The Sewing Room this Saturday. With 4 trombones, 3 trumpets, 3 saxophones, a sousaphone, 2 drums and 1 of Perth's premier voices, there's no doubt you'll be entertained. Hear classics from Marvin Gaye's 'Sexual Healing' to Funkified hits of the decades and more.

Discover the sweet sweet voice of powerhouse singer-songwriter Odette as she takes you on a journey of musical enlightenment this Sunday at Freo.Social. She'll also be bringing along with her non-binary sweetheart imbi the girl to heat things up on the night.