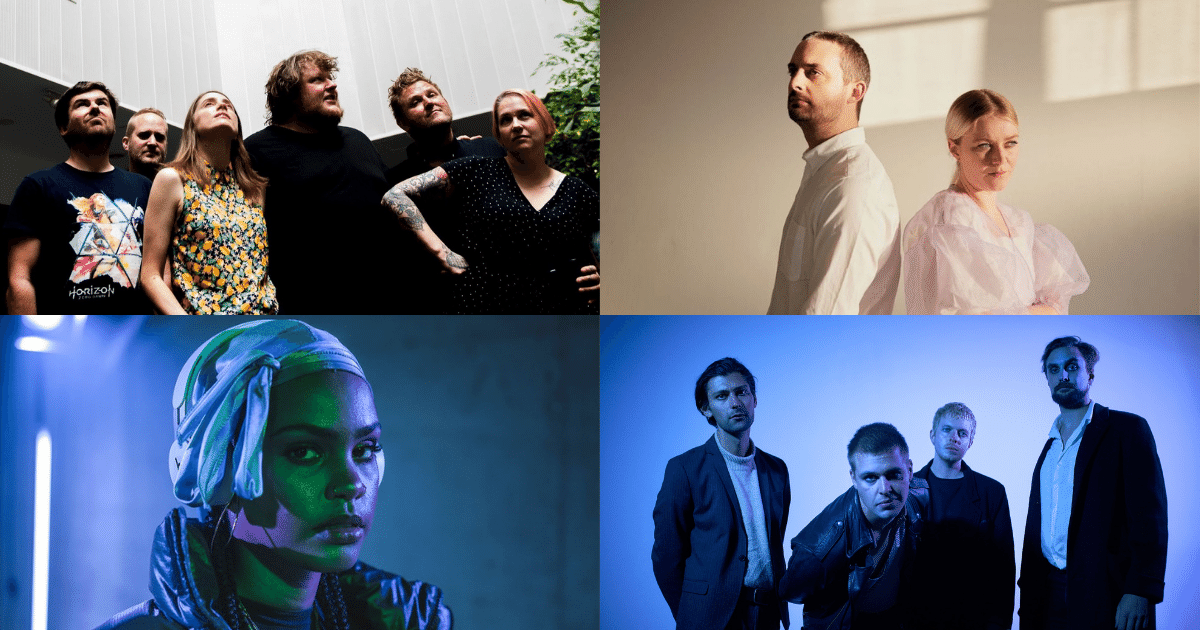 Online music hub Bandcamp has extended their hugely successful Bandcamp Friday's event, waiving their fees once again until the end of 2020. This means all sales revenue from music and merch sold on the platform will be given directly to artists on the first Friday of each month.

With lockdowns and social distancing restrictions forcing a huge number of local Australian and New Zealand acts to cancel or reschedule shows, we've created a list of a handful of fave acts that you can help support through these tough times.

P.S. You can also find a helpful list of black and indigenous artists and record labels currently selling their music via Bandcamp HERE.

A. Swayze and the Ghosts

Tasmania's rising stars A. Swayze & The Ghosts are bringing some serious heat to the table this year and one band we suggest you keep a close eye on! Their latest feat is their debut album titled 'Paid Salvation' which is set to drop on September 18. You can pre-order a digital, CD or vinyl copy of the album via their Bandcamp now.

Head to A. Swayze and the Ghosts Bandcamp page to pre-order your copy now.

We're big fans of Auckland-based MC, JessB. Her infectious confidence and effortless flow have pathed the way forward for the auspicious rapper as one of New Zealand's brightest exports. Last month JessB unveiled her new mixtape titled '3 Nights In Amsterdam' and damn is it a GOAT release.

Score a digital download of JessB's new mixtape and previous releases via her Bandcamp page.

Melbourne-based rockers The Smith Street Band have been a household name for quite some time now and in April this year landed their first-ever #1 on the ARIA Album Chart with their new album 'Don't Waste Your Anger'. The full album is available for digital download on Bandcamp alongside previous albums and an awesome live album recording from their recent show at Brisbane's iconic venue The Triffid.

Head over to The Smith Street Band's Bandcamp page to discover more.

BOYSCLUB are a queer femme four-piece hailing from Sydney. Their music emits a super raw grunge-punk attitude and tackles some incredibly important topics including queer empowerment and domestic violence. Last month the band dropped their latest single 'LOVESICK', which you can now score on a limited edition 7" or as a digital download along with their debut single She, the Atrocity.

Head to BOYSCLUB's Bandcamp page to find out more.

Melbourne-based funk-infused synth-pop outfit GL is a mainstay in Australia's festival circuit. With festivals being put on hold for the foreseeable future, the duo has been busy conjuring up a brand new album titled 'You Read My Mind', set for release on September 25.

Pre-order the album along with some stunning merch via their Bandcamp page HERE.

New Zealand-born, LA-based multi-instrumentalist and band member of rising LA pop-punk band Girl Friday, Vera Ellen has been creating grungy lo-fi punk masterpieces for quite some time now. Ellen's latest release 'Songs no-one should hear' is our personal favourite. All money from the release also goes to The Okra Project, a collective that seeks to address the global crisis faced by Black Trans people by providing home-cooked and culturally specific meals and resources.

Check out Vera Ellen's latest release along with some earlier work HERE.

Melbourne duo Sleep D are a mainstay in Melbourne's underground dance music scene and the visionaries behind local label Butter Sessions. The duo recently announced the upcoming release of their second EP of 2020 titled 'Freak of Nature'. The EP is set for release on September 18.

You can pre-order Sleep D's forthcoming album via their Bandcamp page.

Melbourne based bassist and founding member of hip-hop/soul collective 30/70, Horatio Luna is one Aussie muso that continues to absolutely dominate the local nu-jazz scene. His groovy and spontaneous bass lines undoubtedly illuminate the unsung hero that is the bass guitar. His forthcoming LP 'Boom Boom' is due out September 18 and we suggest you secure your pre-order of the album ASAP.

Looking for other Australian and New Zealand artists to support? Check out Bandcamp's running list of new and popular local releases HERE (Australia only) and HERE (NZ only).
FOR MORE BREAKING NEWS CLICK HERE 24th September, 2020 - As social distancing continues in this time of uncertainty,...
x