YOU AM I + MAGIC DIRT

You Am I and Magic Dirt are without doubt two of Australia’s all-time essential rock n’ roll bands.

More than two decades on from their first album release, You Am I have not only had one of the longest and most successful recording careers in Australia, but are also without doubt one of our most loved live bands.

2020’s Lives Of Others debuted at #2 in the ARIA charts,31 ARIA nominations with 10 wins, 3 #1 records, 2 Platinum and 3 gold records, 5631 shows and 4 very close band members with rock and roll to burn can’t be denied their place as Australian Rock Royalty.

Magic Dirt, the seminal female fronted alternative rock band of the 90's, formed in 1991 out of the dust and noise of the industrial town of Geelong. Before long the band were packing out pubs in Melbourne and supporting bands such as Dinosaur Jr and Sonic Youth. In 1994, their second EP, 'Life Was Better' debuted at number 1 on the alternative charts and stayed there for a staggering 75 weeks. In 2000 the band released 'What Are Rockstars Doing Today' which included the anthemic guitar pop smash, 'Dirty Jeans' which reached #12 on JJJ's Hottest 100. Multi ARIA Award nominated album 'Tough Love’, released in 2003 saw them hit #15 on the ARIA charts. In 2006 the band forged their own label, Emergency Music which saw the release of experimental noise album 'Roky's Room', mini-album 'Beast' and the glittering 6th studio album 'Girl'.

Join You Am I, Magic Dirt and Church Moms for a good old fashioned rock and roll party. 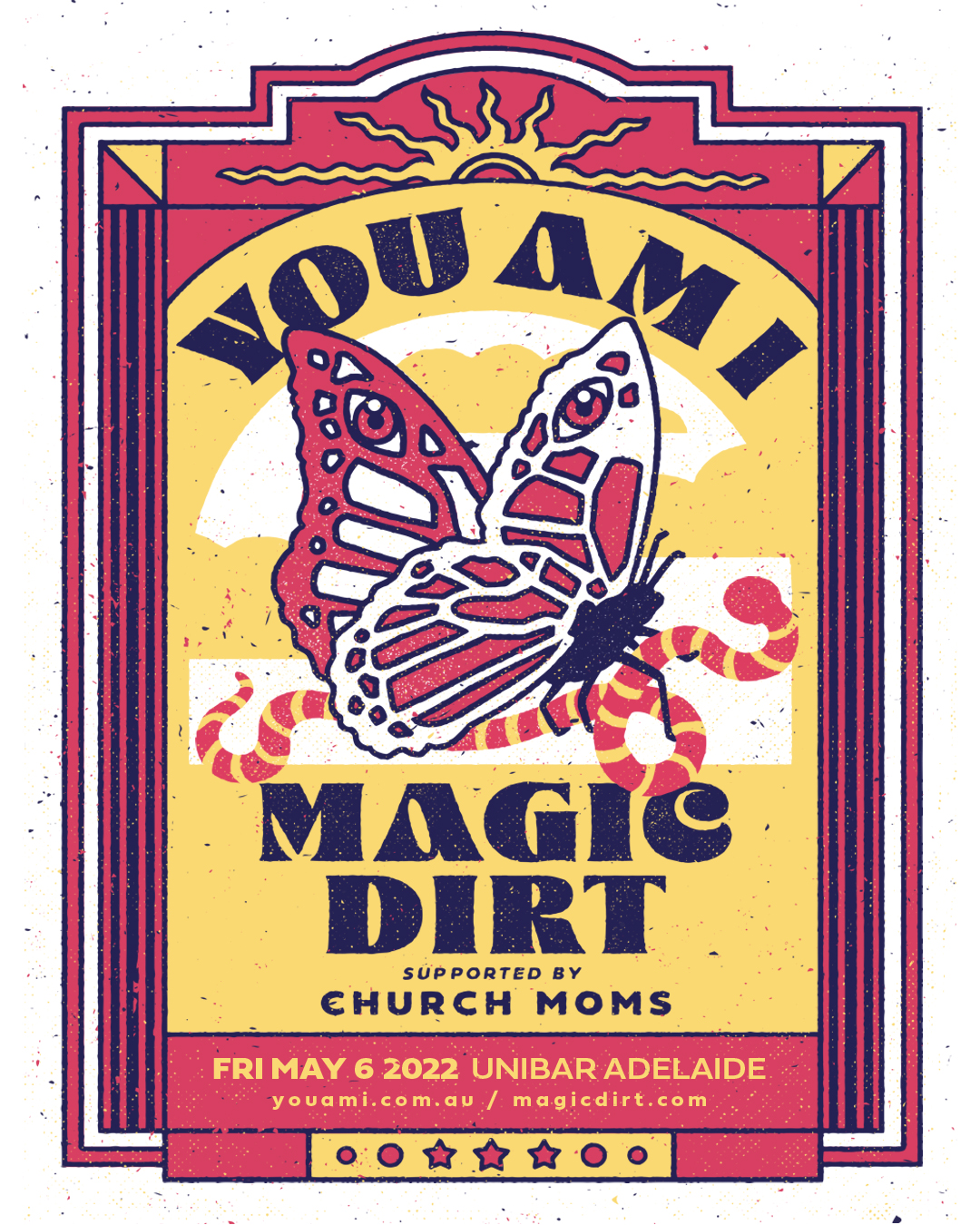 Alice Skye is taking her sophomore album ‘I Feel Better But I Don’t Feel Good’ to venues across the country this May 2022. more »