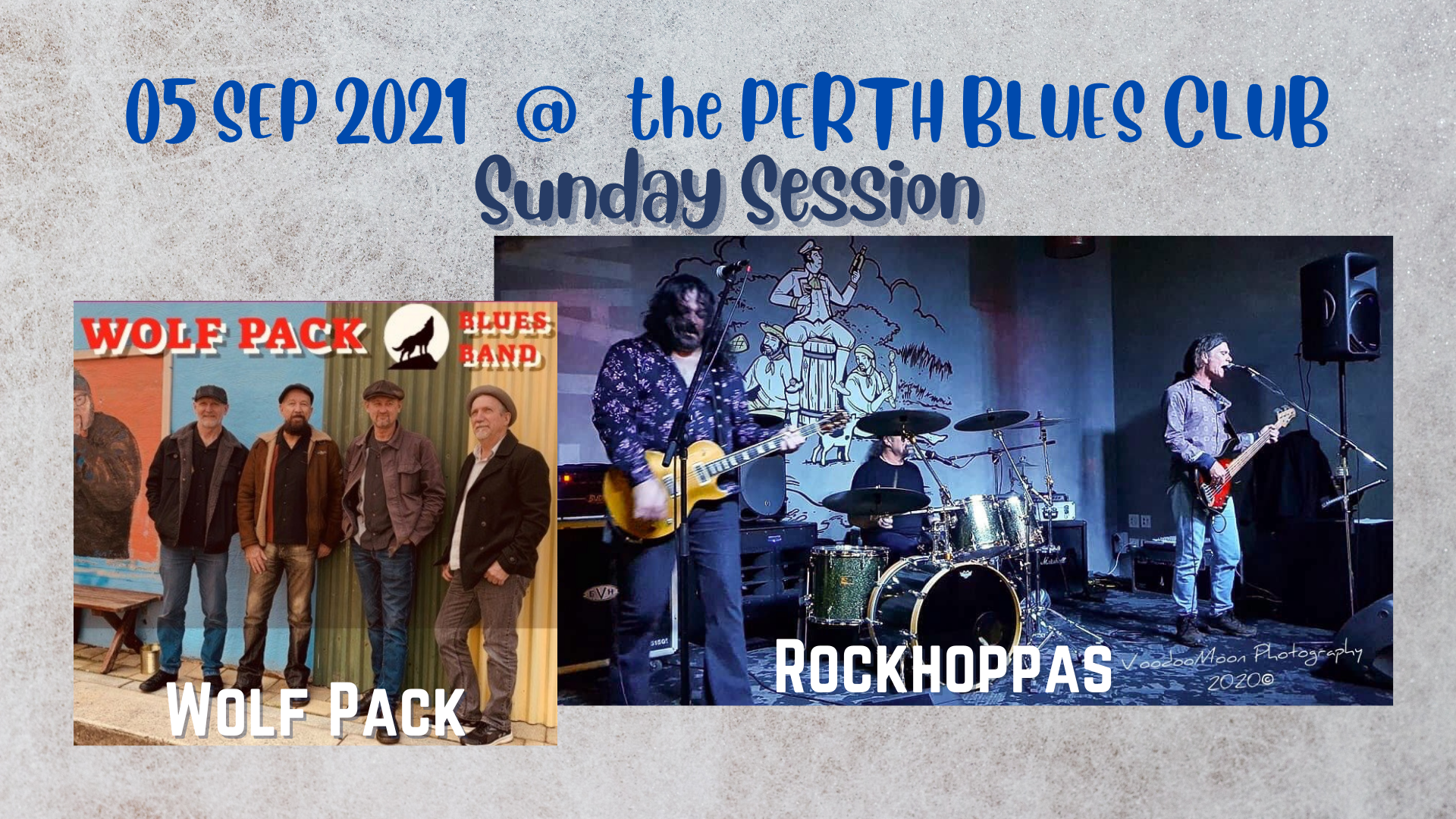 Western Australian act WOLFPACK has performed under various aliases since the early 90’s. With the latest ‘unleashed’ incarnation, the band pays homage to some of the great blues artists of the 1950’s who came from the central and southern states of the US. From the raw sounds of Chicago juke joints to the swamp blues out of Baton Rouge, WOLFPACK cover classic songs by Muddy Waters, Slim Harpo, Jimmy Reed, Magic Sam, Little Walter and more.
Featuring: Geoff Busby: Blues Harp/Vocals; Al James: Guitar/vocals; Vern Tebbutt: Cajon/Drums/Percussion; Chris Harwood: Upright/Electric Bass.

New band on the Perth scene, Rockhoppas, have steadily expanded their repertoire and number of performances since the formation of the group in early 2020. Playing a listener friendly set of easily identifiable blues, rock & country classics, the Rockhoppas shows have been a big hit with audiences who appear to be having as much fun as the band members themselves.
Featuring John McDougall (vocal/bass) Leroy Cleaver (vocal/drums) & Michael Vdelli (vocal/guitar) this band really knows how to play and have a great time! The ever increasing pool of classic songs draws from the very best bands such as - Thin Lizzy, Cream, Led Zeppelin, CCR, SRV, AC/DC, Angels, The Hollies, Steppenwolf, Montrose, Rolling Stones, Billy Squire and many more…