LION ARTS FACTORY, SA
If you checkout without making all the selections you are entitled to, you will be able to return at a later time and choose your remaining options (simply log in to your Moshtix account and return to the event page).

Sheffield's metal impresarios WHILE SHE SLEEPS are thrilled to announce their SLEEPS SOCIETY Tour will head to Australia in July 2022. Their debut national headline tour will be joined by dear friends and British heavyweights, LOATHE, who have been turning heads in the alternative music scene and heading down under for the very first time.

In April, WHILE SHE SLEEPS released their fifth studio album, Sleeps Society. The record received glowing reviews globally. Wall of Sound gave the album almost a perfect score 9.5/10 and saying: "Sleeps Society manages to be so many things in 11 songs — it's inspiring, furious, dark and emotional to name a few. At the same time, it feels like it's just for you, that the band wrote the album for you and only you. “
WHILE SHE SLEEPS set out the intent of the Sleeps Society in their cinematic music video for the album’s title track at the end of 2020. As the band so eloquently stated with their 2017 Top Ten album You Are We, the fans have made, and continue to make, the band the force they are today. WHILE SHE SLEEPS hit a career milestone just over a year ago, selling out their headline show at London’s iconic Brixton Academy at the end of the live cycle for their crucial 2019 album SO WHAT? and can’t wait to bring the Sleeps Society tour to Australia in 2022.

LOATHE have been making waves since their formation in 2014. Their debut album 2017’s The Cold Sun landed them nominations forBest New Bandat theMetal Hammer Golden GodsandBest UK Breakthrough Band at theHeavy Music Awards. Their intense, visceral multi-media live show marked them out early as a band with broad ambitions. They have performed at Knot Fest, Download Festival, Slam Dunk, 2000Trees and UK Tech Fest. They have shared the stage with Of Mice & Men, Sikth, Architects, Stray From The Path, While She Sleeps, Rolo Tommasi, The Devil Wears Prada, Hollywood Undead and Wage War just to name a few.

You won’t want to miss out on this British affair so what are you waiting for? Set your alarm and don’t sleep on what promises to be one of the most intense and electrifying shows of the year. 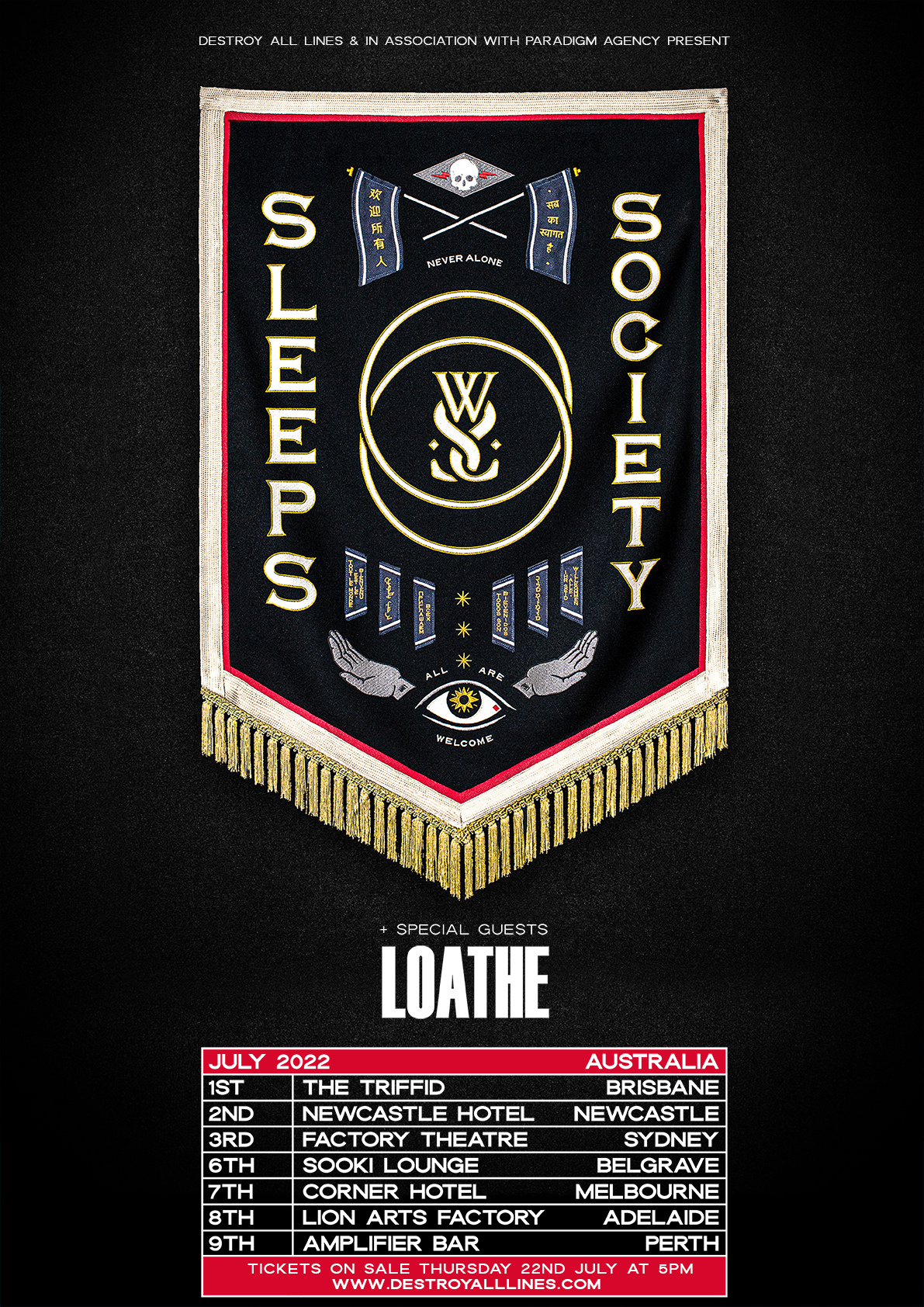