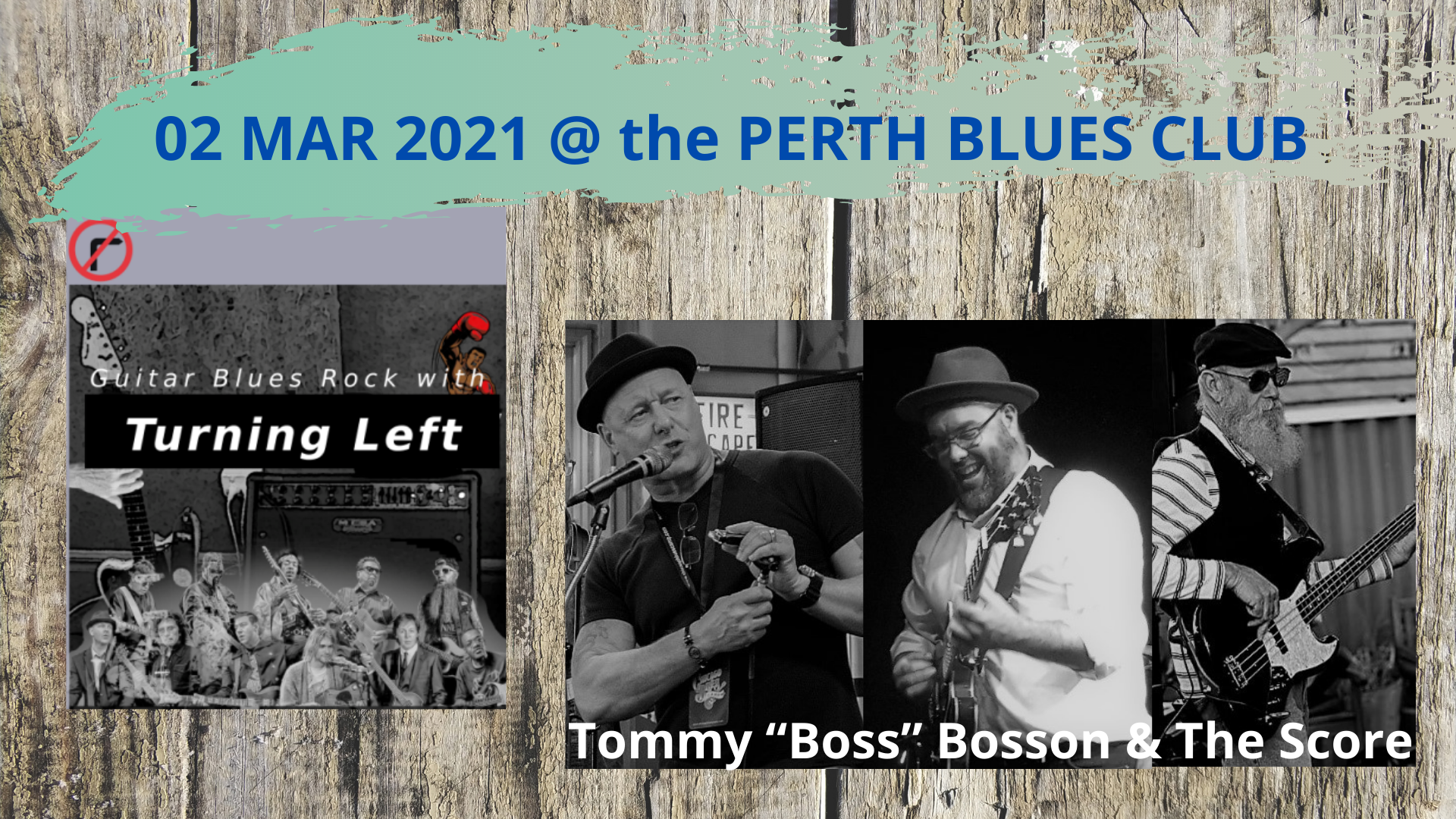 Turning Left is a 3-piece blues/rock outfit from Perth WA, molded from a diversity of backgrounds. Gordon German (guitar/vocals) has played in blues-based original and cover bands since the 1970’s, including Coldfront, Mirror Imij and the Woodstock Revival (Jimi Hendrix Experience). He is, naturally, left handed, and doesn’t like cauliflower. Steve Prescott (bass/vocals) has been a founding member in several of Perth’s big cover bands, such as Slim Jim and the Fatts, Fireball, and Croz and the Allstars. He is, naturally, also left handed and doesn’t like corriander. Dave Knox (drums) considers himself a galactic traveller and follower of Blue moons. He has made various loud noises with heavy rock outfits such as Subtruck, Mystic Twist and Volcanics. He is, rather unnaturally, right-handed.

Tommy "Boss" Bosson & The Score consist of Tommy “Boss” Bosson on Harp and lead vocals, Glenn Carpenter on guitar and vocals, Al Wilson on Bass and Andy Rappitt on Drums.
Playing a mix of Chicago shuffles and West Coast Swing, from slow blues to hot jump tunes, Harmonic led and sharing the leads with Glenn’s tasty guitar licks. Andy and Al provide a solid back line and as a unit we get the dance floor moving to an authentic Blues band vibe.