The Southern River Band release their long awaited second record ‘Rumour & Innuendo’ in September and will take it, along with their notoriously wild live show around Australia this October. The band’s last national tour saw SRB play sold out shows around the country leaving fans screaming for more. 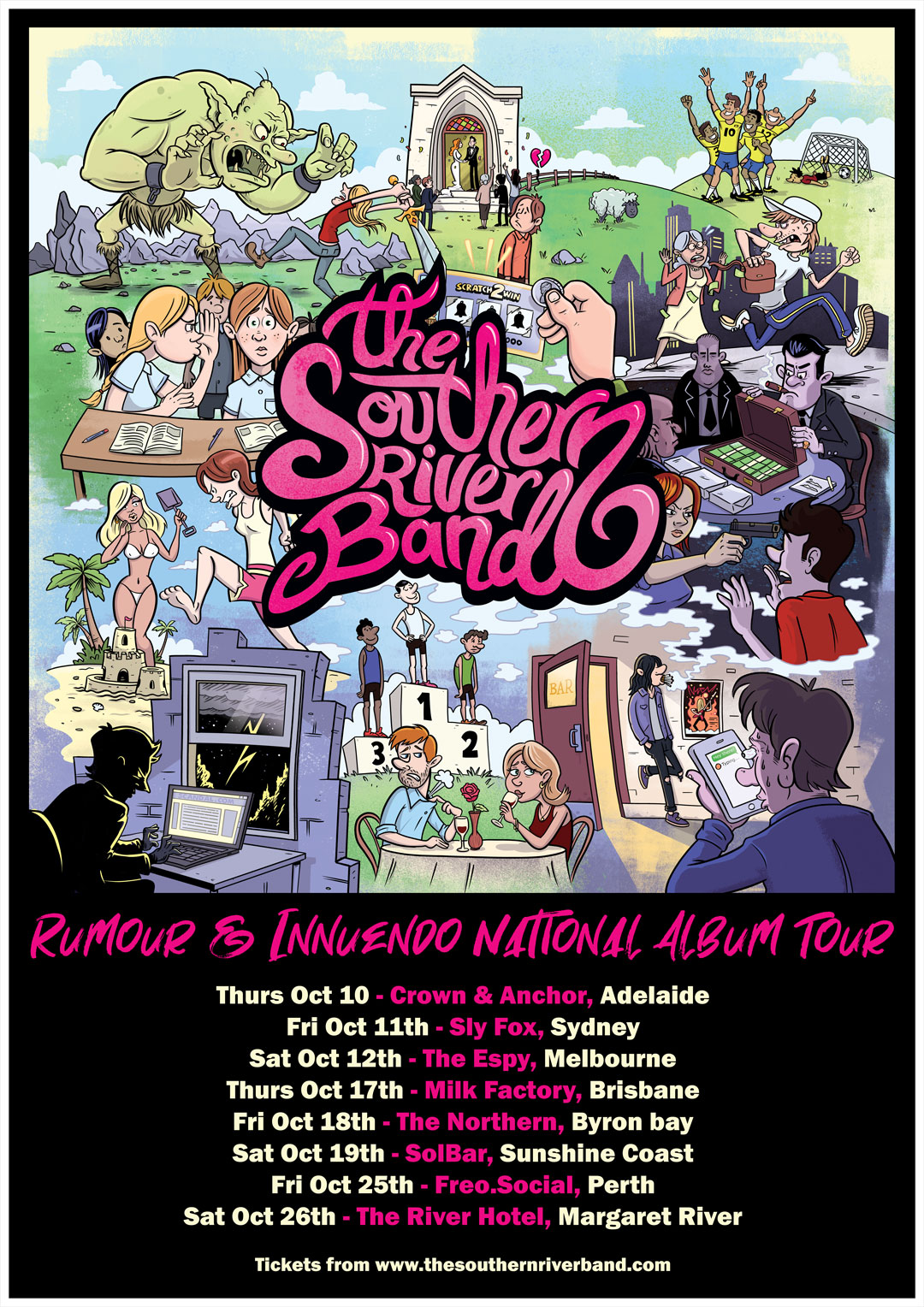 The Go Set with The Mahones, plus The Sweet Blues and Ukulele Death Squad