THE GROGANS "How Would You Know" Tour

Melbourne’s up and coming surf rock trio, The Grogans, are in Adelaide for the first time, with their first taste of new music in 2019.

'How Would You Know’ is the bands first single released this year, it's a laid-back song written after spending a day in Ocean Grove building a Teepee with their mates. The relaxed/content feeling of being surrounded by mates, is then passed on through the songs catchy melodies and relatable lyrics.

With the announcement of this single, the band are embarking on their first National Tour hitting cities like Brisbane, Perth, Adelaide and Canberra for the first time, as well as several others on their way.

They’ll be stopping at Crown & Anchor on July 13 as a part of this tour and will be playing alongside YOUNG OFFENDERS and SODA. 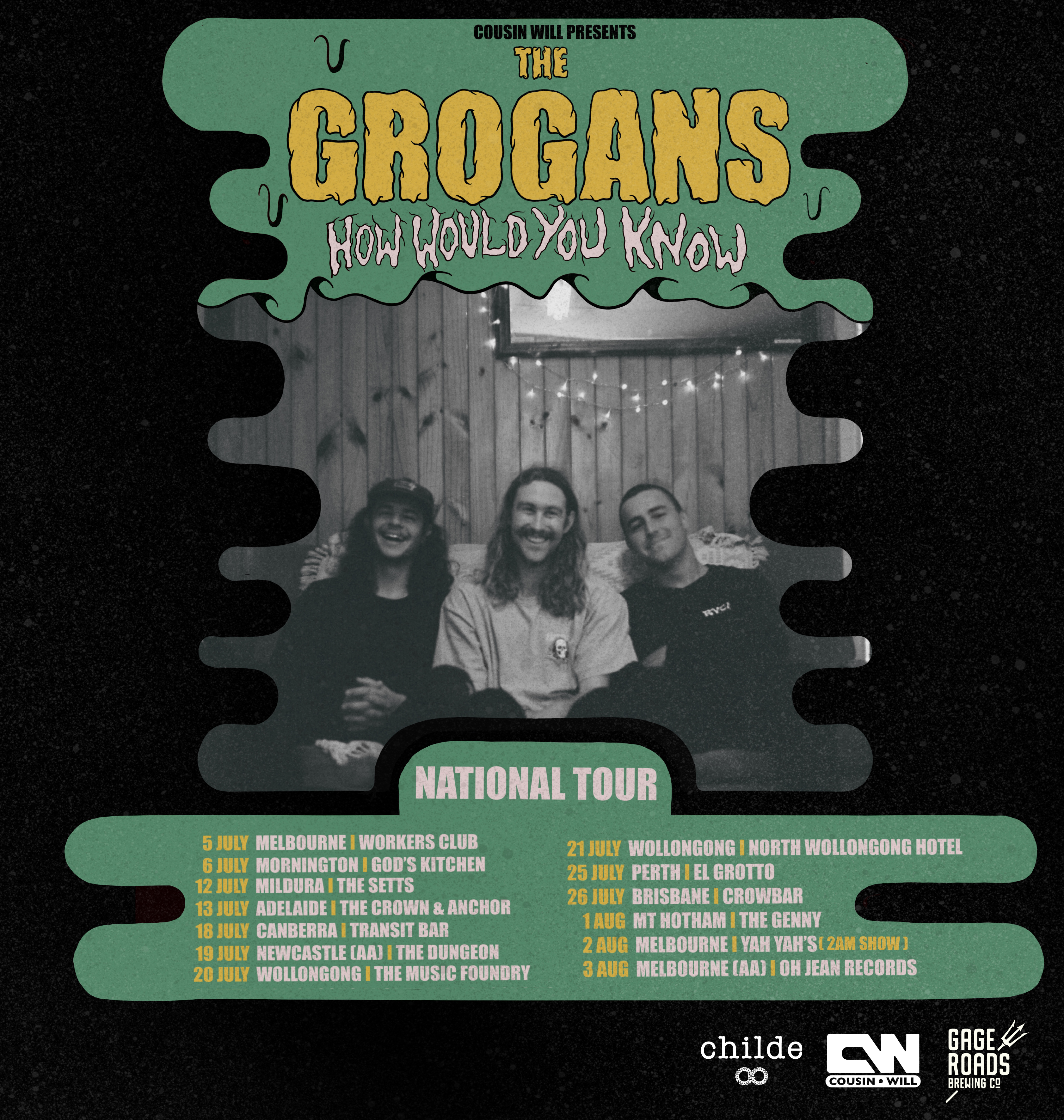