with special guests Plaster Of Paris and Worker + Parasite

(Please note MOLER are no longer playing due to illness)

Last show till the next one. First show since the last one. Four-piece rock band bring their ARRRIA-award winning show to the Brunswick Ballroom. Entertainment not guaranteed but heavily implied. Good time not promised but certainly hinted at. Please note, this is a non-applause show. Applauding is strictly prohibited and you WILL be asked to leave if caught a) applauding; b) making as if to applaud; c) threatening to applaud; d) entering into an agreement under which you are contractually bound to applaud; e) engaging the services of someone to applaud on your behalf; f) acting as a proxy applauder for a third-party; g) inciting others to applaud; h) broadcasting or otherwise disseminating pre-recorded applause; or i) clapping.

More than one in five Australians die of heart disease, which means that one member of the Fauves can expect to expire while clutching his chest in surprised disappointment. Indifferent bystanders watch on while thwarted paramedics minister resignedly to the stricken musician, reflecting on the irony of the title of the band’s 12th album - DRIVEWAY HEART ATTACK

“He’s trying to say something”, says a passer-by, crouching down and pressing a solicitous ear to the dying man’s parched lips. Most of the assembled have begun to drift away, but several ghoulish onlookers remain.

Explorers who didn’t find anything, the Fauves have ranged the Australian landscape for 31 years, searching fruitlessly for an inland sea where a weary middle-aged man might erect a deckchair and take the healing waters. They have released albums that have slipped down the backs of couches, been lost in the wash and left on the back seats of taxis. Long have journalists issued pro-forma three-star reviews before repairing to the second-hand music store to greedily hock their complimentary album, only to emerge indignant with less money than they spent on the parking meter.

When the Fauves were your age, they had a record deal. They shook hands with industry executives across broad desks made from endangered rainforest timber while staring blankly from 32nd storey windows onto the insignificant lives of the rest of the world. Now, the only contracts to which they are signatories say that every year you’ve got to lose a little more dignity. Can you justify being 50 and in a rock band unless you’re touring your 1975 20-million seller to negatively geared property investors who stopped listening to new music in 1988?

There it is again – 31 years. The Fauves formed in the bicentennial year of 1988, even as the tall ships were sailing into Port Phillip Bay in rude celebration of 200 years of invasion, dispossession and white supremacy. Their first EP was released on vinyl because who knew if this CD thing was ever going to take off. Decades later, their next vinyl release is a double album. In the age of streaming this is like calling JB Hi-Fi to get your cathode ray television repaired. Its songs of quiet melancholy, fake positivity and misdirected longing are carefully curated to ensure that that listeners must expend maximum effort to access their favourites. You can try to skip songs but you risk scratching the record.

This is the Fauves’ wheezing marketing pitch declaiming their greatness. In the past, people preferred others. The hard rubbish was dumped on the nature strip but remains uncollected. Until the truck comes, there it lies, forgotten but not gone. 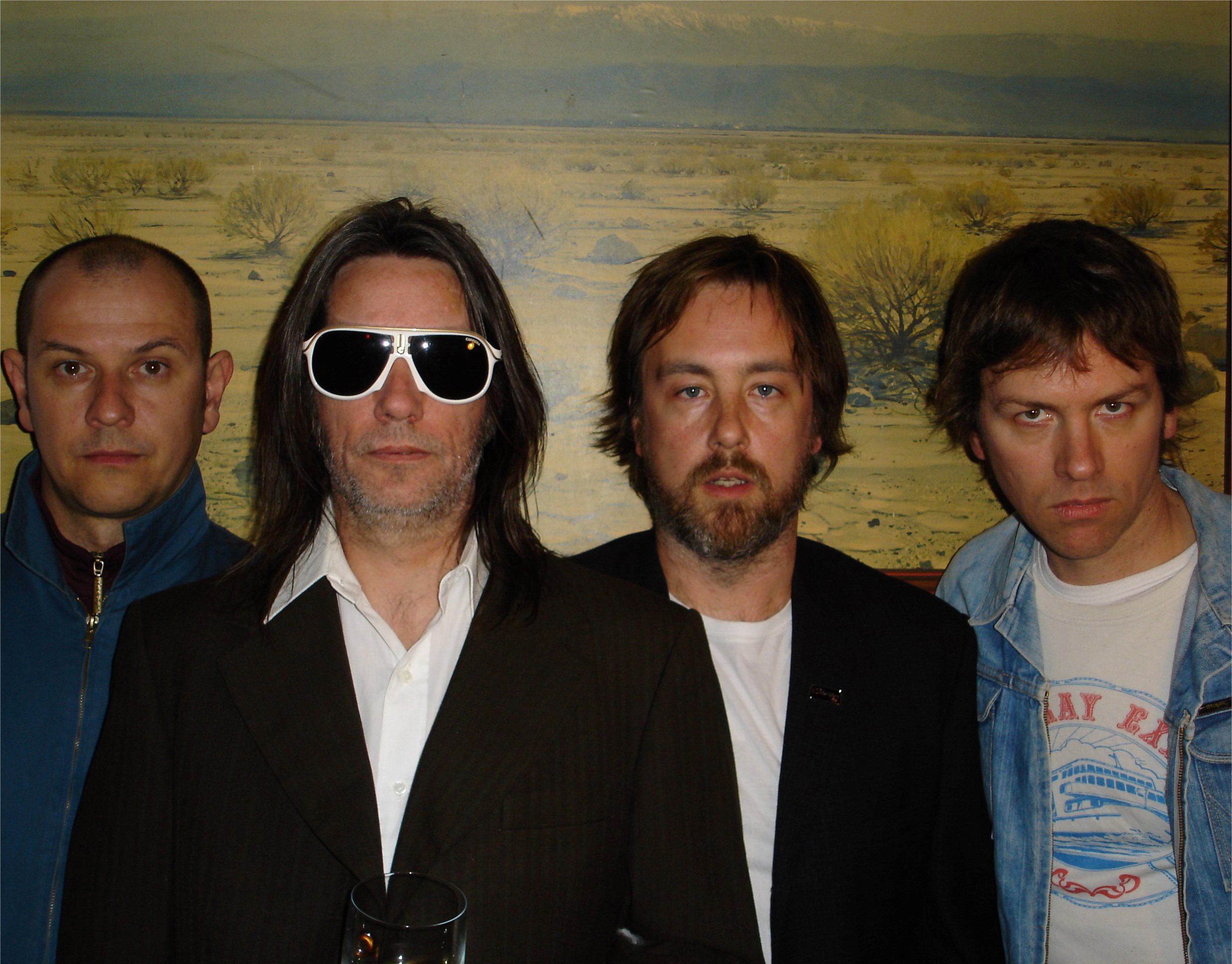 And setting the toast on fire together come...

Plaster of Paris signed to Psychic Hysteria in 2017 releasing their single Oh Wow/Newcomer and in June 2021 release their long-awaiting debut album 'Lost Familiar', recorded by Casey Rice (Liz Phair) and Paul Maybury (Cable Ties, Rocket Science) and mastered by Nao Anzai (Teskey Brothers, Cash Savage). 'Lost Familiar' instantly gained rave reviews with the single 'Internalise' premiered on RRRFM and Double J's 'Curated' and described as “like Siouxsie Sioux and Chrissie Hynde jamming with Interpol and Warpaint.” (Doubtful Sounds, May 2021). Second single ‘Danceflaw’ was completed with a lockdown made film clip of a dancing Zec Zechner through the empty streets of industrial Thornbury and the song’s themes of saving queer spaces alongside its relentless disco punk made it a high rotation across Australian radio and tallied over 12,000 You Tube views within the first week.

NME named the ‘Lost Familiar’ a "Top 10 June 2021 release" alongside The Scientists, Crowded House and Hiatus Kaiyote. Beat Magazine exclaimed “It’s a brilliant statement of intent from a band who’ve perfectly bottled their live show on record — a raw, razor-sharp  and powerful album.”

The Party is pleased that the event slated 30 JUL 2022 is progressing and that W&P are secured. Upon evaluation the Party Institute for Public Engagement (MINSOC) has concluded that the Party will not obstruct selection of MOLER as main support. W&P are required to obey Party directives at all times and will readily perform an opening slot to ensure a successful, cohesive, and educational event. Attached is a list of technical specifications pertinent to W&P performance. The information contained in this document is strictly confidential, however, you have been granted special clearance by the Party Cooperative Council of Technology to view and disseminate to THE VENUE. The length of W&Ps last performance was 00:34:53 (hh:mm:ss) - no more, no less. 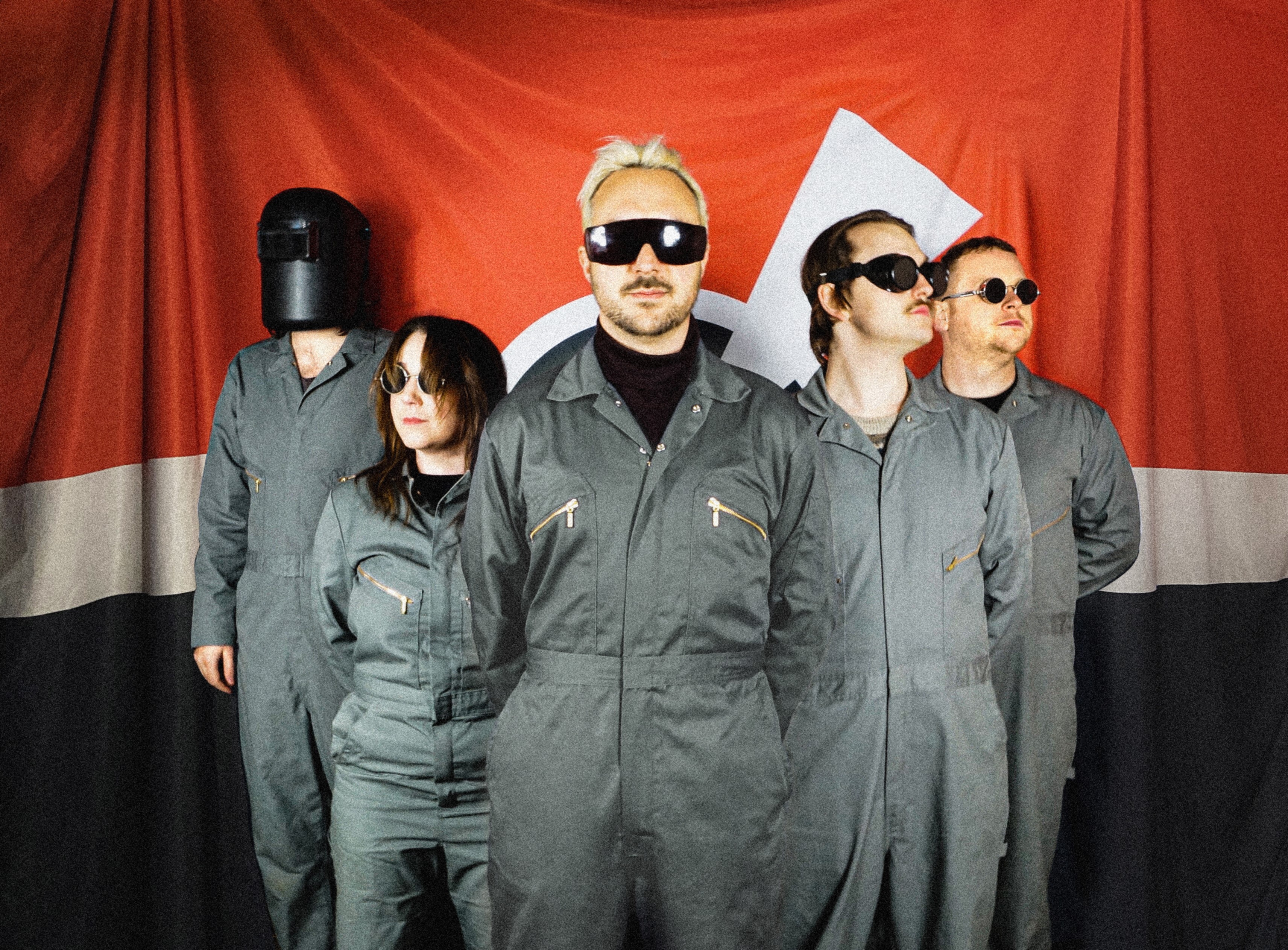 Brunswick Ballroom will be operating under the current Victorian State Government guidelines as we continue to live with this pandemic.

The venue will be taking a number of precautionary measures to ensure patron safety, including:
- Hand sanitiser dispensers
- Signage and social distancing markers throughout the venue
- Regular sanitising of the venue and full clean between sittings

The Brunswick Ballroom also strives to improve our practices when it comes to sustainability and to reduce our carbon footprint. We don’t sell or provide plastic water bottles.

THE BALLROOM MENU
The kitchen will be serving The Ballroom Menu for this show.
You can view the delicious offerings available by clicking here.

VENUE FAQS
To find out more about the venue, FAQs can be viewed by clicking here.