Join alternative punk outfit Spectral Fires in celebrating the launch of their latest EP ‘Turn Toward the Sun’ at the intimate setting of Last Chance Rock & Roll Bar.

Spectral Fires will be playing ‘Turn Toward the Sun’ in full along with a collection of crowd favourites from a release history that spans 5 years.

The culmination of over 12 months’ work, ‘Turn Toward the Sun’ has seen Spectral Fires refine their craft and take their unique song writing abilities to a new level.

Recorded and produced by Jay Maas (Defeater, Title Fight, Counterparts, Citizen) and mixed and mastered by Christopher Vernon (Thornhill, Belle Haven, Better Half, Stuck Out), ‘Turn Toward the Sun’ is an upbeat, nostalgia-fuelled release, characterised by driving riffs and unforgettable chorus hooks.

Vocal performances are a stand-out with guitarist Harry Pratt not afraid to showcase his expansive range while vocalist Jack Jeffree seamlessly shifts between soft, delicate cleans and a passionate, melodic yell that has become a trademark of Spectral Fires’ sound.

‘Turn Toward the Sun’ is due for release on December 7 and is accompanied by lead single/ video ‘Just a Mirage’, which is available across all platforms now.

BELL PARK
Having released their debut "Day by Day" in October 2018, Bell Park hope to make a name for themselves in the alternative scene both at home and abroad. With a collective experience across musical projects over many years, Bell Park captivate audiences with their own brand of aggressive pop punk littered with catchy hooks, bouncy riffs and speedy drum fills. Ex-members of A Fallen Theory, Perfect Fit, To The Airship! and Wonders have graced the stage with actslike Between You & Me, Ambleside, Trophy Eyes, Dream on Dreamer, Northlane, Polaris, Ocean Grove and many more.

FUTURE STATIC
Melbourne-based Future Static have been playing their way up since mid-2016, working hard to produce their debut EP, Want, which has been recently released to glowing reviews. Since, the band has celebrated the release with a packed headline show at Footscray's Wrangler Studios, as well as opening for Melbourne heavyweights, Belle Haven and are ready to set it up again for their next show supporting Spectral Fires! 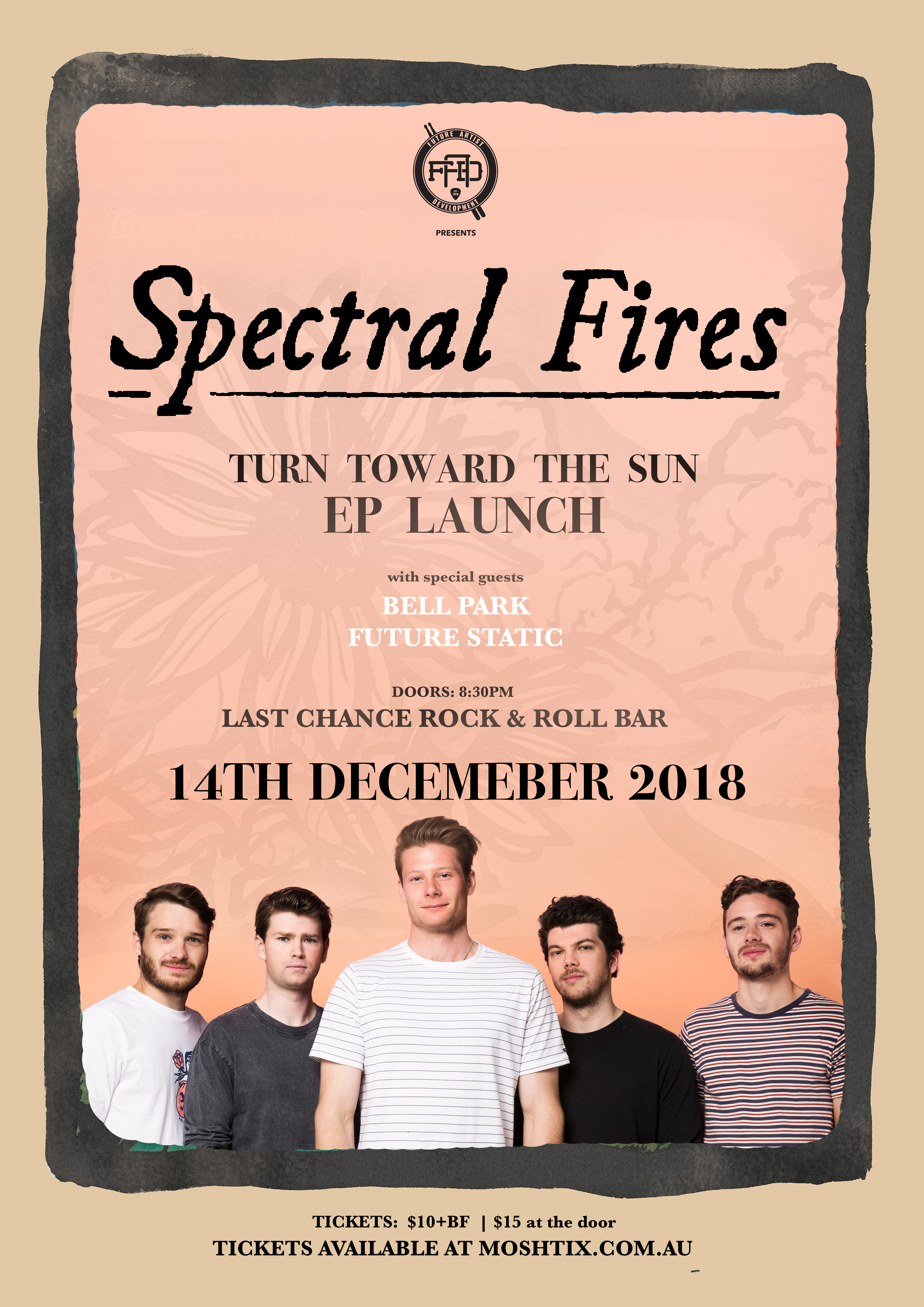 Guests: Between You & Me more »

with Between You & Me more »

26th November, 2020 - As social distancing continues in this time of uncertainty,...
x