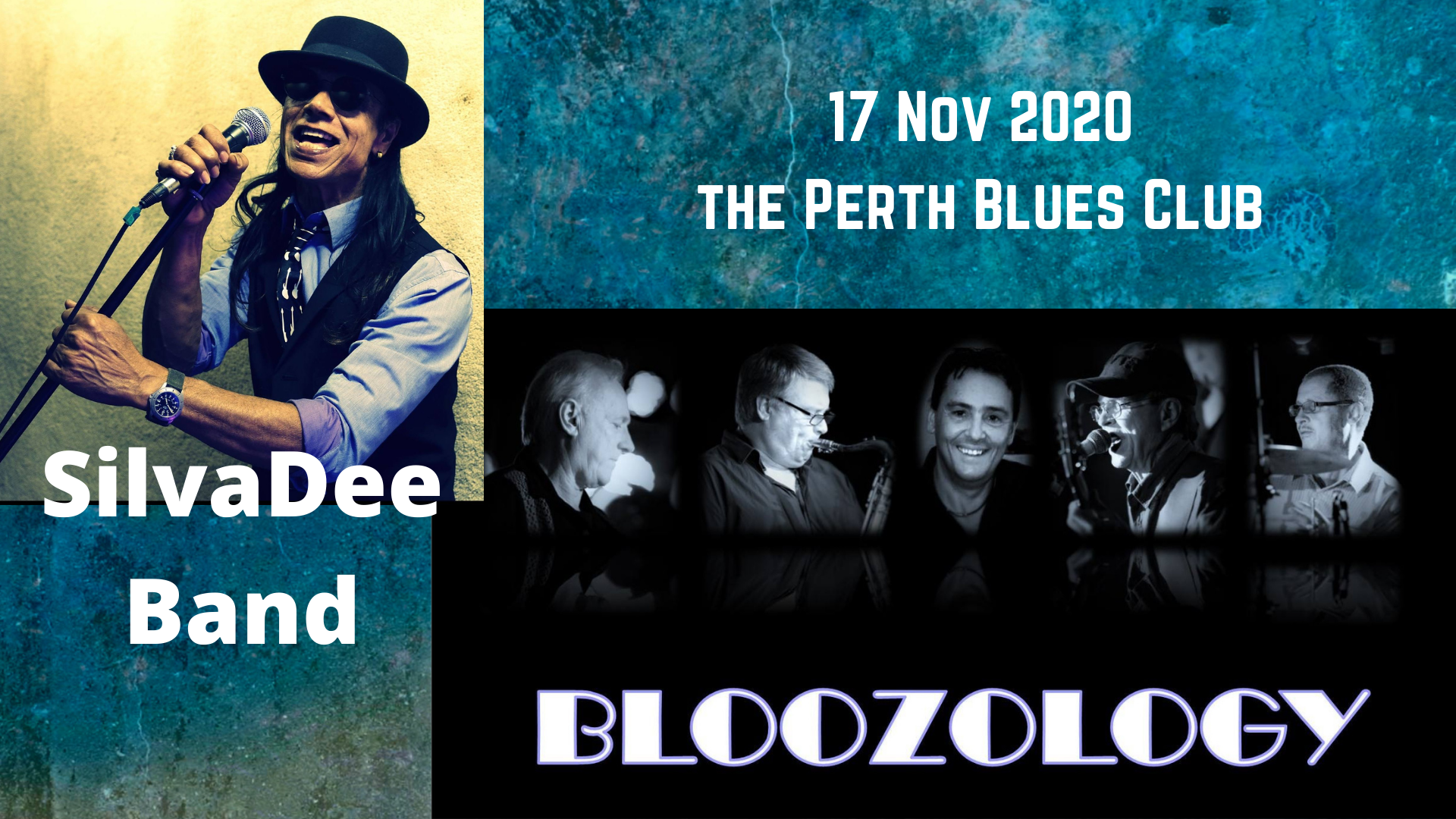 SilvaDee is a singer/songwriter/guitarist/frontman has been operating for the last 10 years doing originals and covers along the coast of Western Australia. With a vast repertoire of originals & covers and a variety of genres from reggae/rock/rhythm & blues and country.
He has been playing the guitar since the tender age of eight. Having attained his musical inspiration from his father Eddie D’Silva – leader of a big band “Eddie and his Rhythm Stars”.
Silva Dee knew exactly what he wanted to do in his life. He has since been performing in many bands nationally and internationally to date – having formed the “Grasshoppers” in 2007 and experimented with various potential drummers, the band has finally accumulated the right line up to progress into the light they are looking for. Band members are SilvaDee, Andrew Smith, Ned Smith, Mario Schmack.

Bloozology are a five piece band specializing in their own unique blend of Blues based Funk, Soul, Blues & Jazz . Originally formed back in 2007 as the McCowat/Nelson Blues Band the outfit presently performs at select venues in and around the Perth /Fremantle  area.
The band’s present lineup features: Alan Lyford - Lead Vocals & Bass Guitar; Alan McCowat – Guitar & Vocals;  Paul Millard – Saxophone & Flute; Vince Pavitt – Drums; Tony Celiberti  - Keyboards.
You can expect an exciting and entertaining evening of eclectic music styles with Bloozology arrangements of artists such as Robben Ford , Georgie Fame , Albert Collins , Average white band , Marvin Gaye , Louis Jordan , Roy Milton , Herbie Hancock , Jeff Beck , and more with some original material in the mix for good measure and all of it steeped in the blues.