Aside from a whirlwind stop in Australia last year for the 2018 ARIA awards for her nomination for ‘Best Blues and Roots Album’ it’s been a year and a half since Ruby Boots has brought her show to Australia. She has not slowed down however, she has played 200 shows around the world since her 2018 releaseDon’t Talk About Itcame out.

It’s an album of hope, breakthrough, and resilience thatsmolders with a fighting spirit with echoes of first wave UK power pop and jangly punk intersecting with the every(wo)man indie pop- inflected muscle, it embraces rawk riffage just as much as classic story telling lyrics. A more polished-yet-fearless, bare-knuckled self was revealed on the album and her live shows have followed suit!

“Boots is of the opinion that the Old West’s lyrical tropes — heartbreak, longing, not-needing-no-man — sound better riding weapons-grade guitar fuzz and muscular drums than tired honky-tonk. It isn’t pop, it isn’t rock, but it ain’t quite country, either. Only this can be said with certainty: Perth-to-Nashville transplant Ruby Boots is a paragon of feminine swagger…" —Pandora

"She incorporates a number of musical flavors, including classic country, rootsy pop, and plenty of rock ’n’ roll, arranging her tracks to keep you guessing about what’ll come next.” - Chicago Reader

"Music that will remind you of Nikki Lane one moment, of fellow Aussie Courtney Barnett the next.” —Boston Globe

“Too rocking to be straight country, it's all outlaw in spirit, a swaggering summation of the different sides that make up Ruby Boots, equal parts tough and vulnerable.” — Rolling Stone 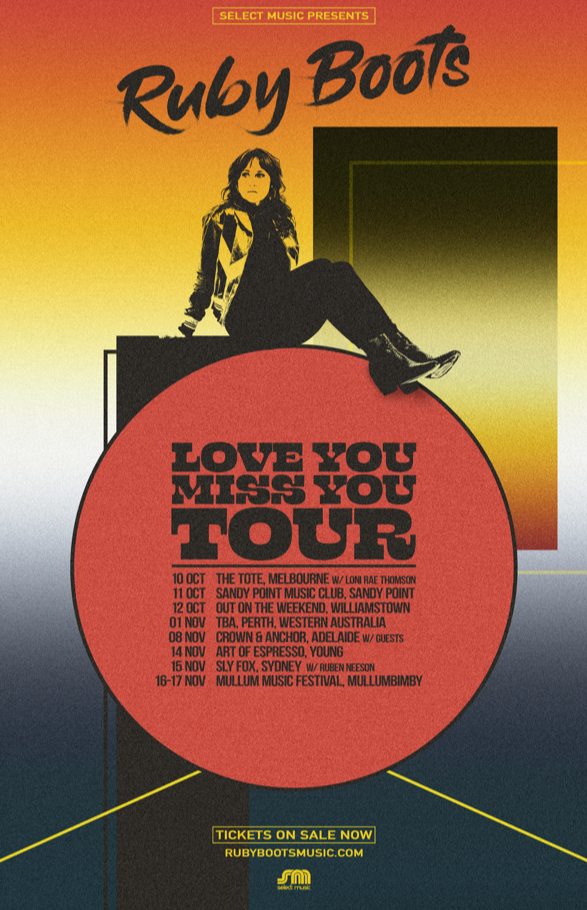 The Go Set with The Sweet Blues and Ukulele Death Squad

US Abrasive Noise Punks Whores. will make their way to Australia this April 2020 for their long-awaited tour. more »