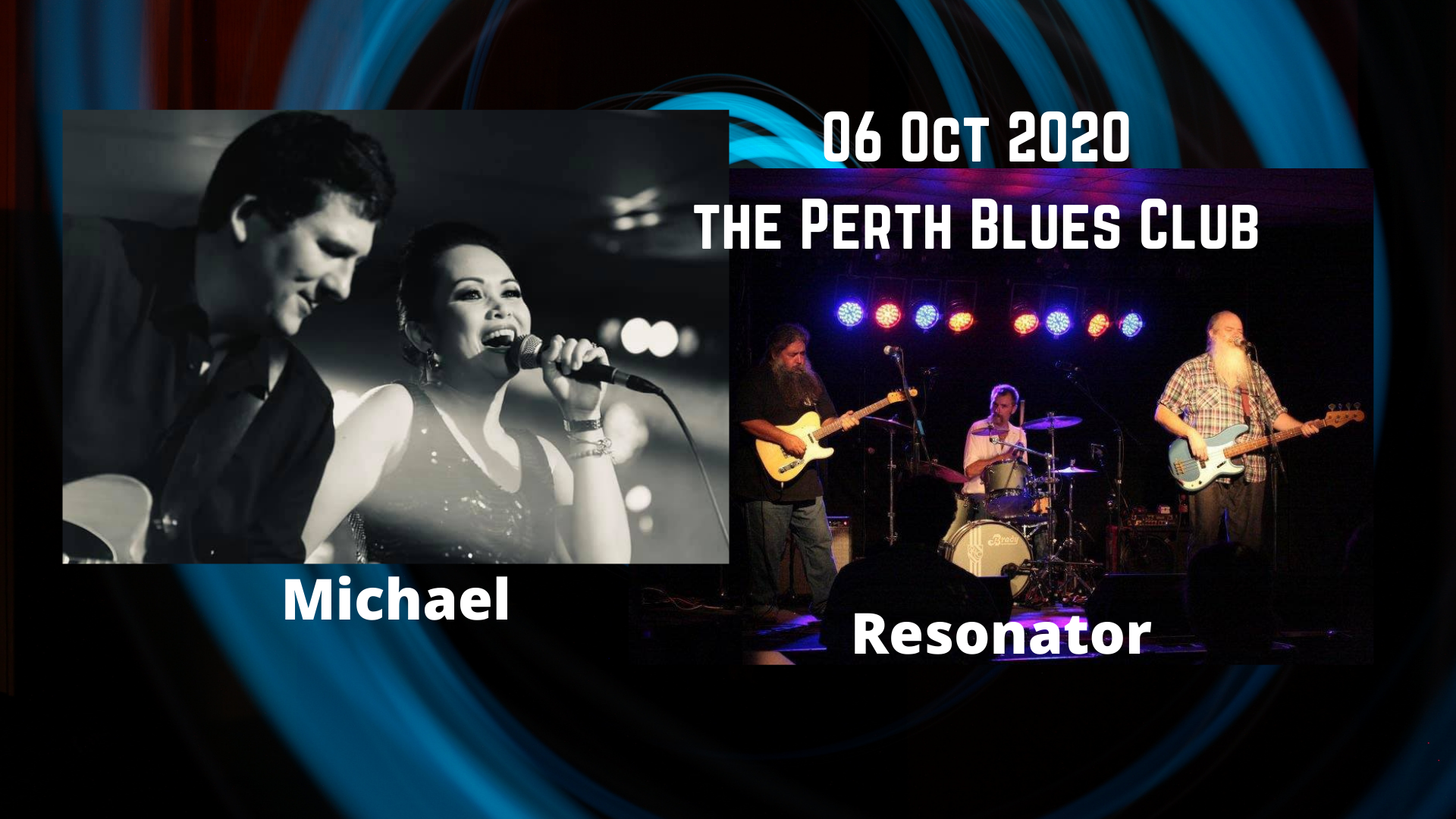 Resonator are one of Perth's most entertaining cover bands, a three‐piece outfit with a big, fat and fulfilling sound. The band plays rock and boogie classics from a wide range of styles, including electric rock, lowdown blues, acoustic country and funky grooves.

Michael are a four-piece band from Perth WA that is fronted by husband and wife team, Reggie Michael (vocals) and Sam Michael (guitar). They are backed up by a high calibre rhythm section comprised of Alex Megaw (drums) and Bob Greaves (bass).
A joy to watch on stage, Michael is a relatively new outfit in the Perth Blues scene but have exploded in popularity since they played their first few shows. This is largely attributable to their unique sound, playing a dirty, funked up flavour of the blues, through both their original tunes and some standards done ‘their’ way. Michael debuted at the Fly Trap (Fly By Night Musicians Club, Fremantle) in May 2018 and since then have been invited to play at the Perth Blues Club, Northern Blues and Roots Club, West Coast Blues Club and numerous venues around Perth. They were very warmly received at the Blues at Bridgetown Festival 2018 also where they played at Scott’s Tavern and the Bridgetown Street Party.
From there, they have regularly thrilled the Perth Blues set as well as a wider audience, with Reggie’s incredibly powerful and soulful vocals. To quote esteemed Rockpit reviewer, Sean Bennet, “It’s hard to put a finger on Reggie’s voice as she can transfer from blues to soul to rock n roll with ease and this is evident with her outstanding rendition of Etta James’ ‘I’d Rather Go Blind’, where I almost hear a little bit of Beth Hart in there too.” – The Rockpit review
Not to be overshadowed is Sam’s masterful guitar playing, being a multi-instrumentalist with over 20 years of experience playing live. As a group, Michael is the one to watch with their combined talents promising to bring so much more entertainment in the coming years.