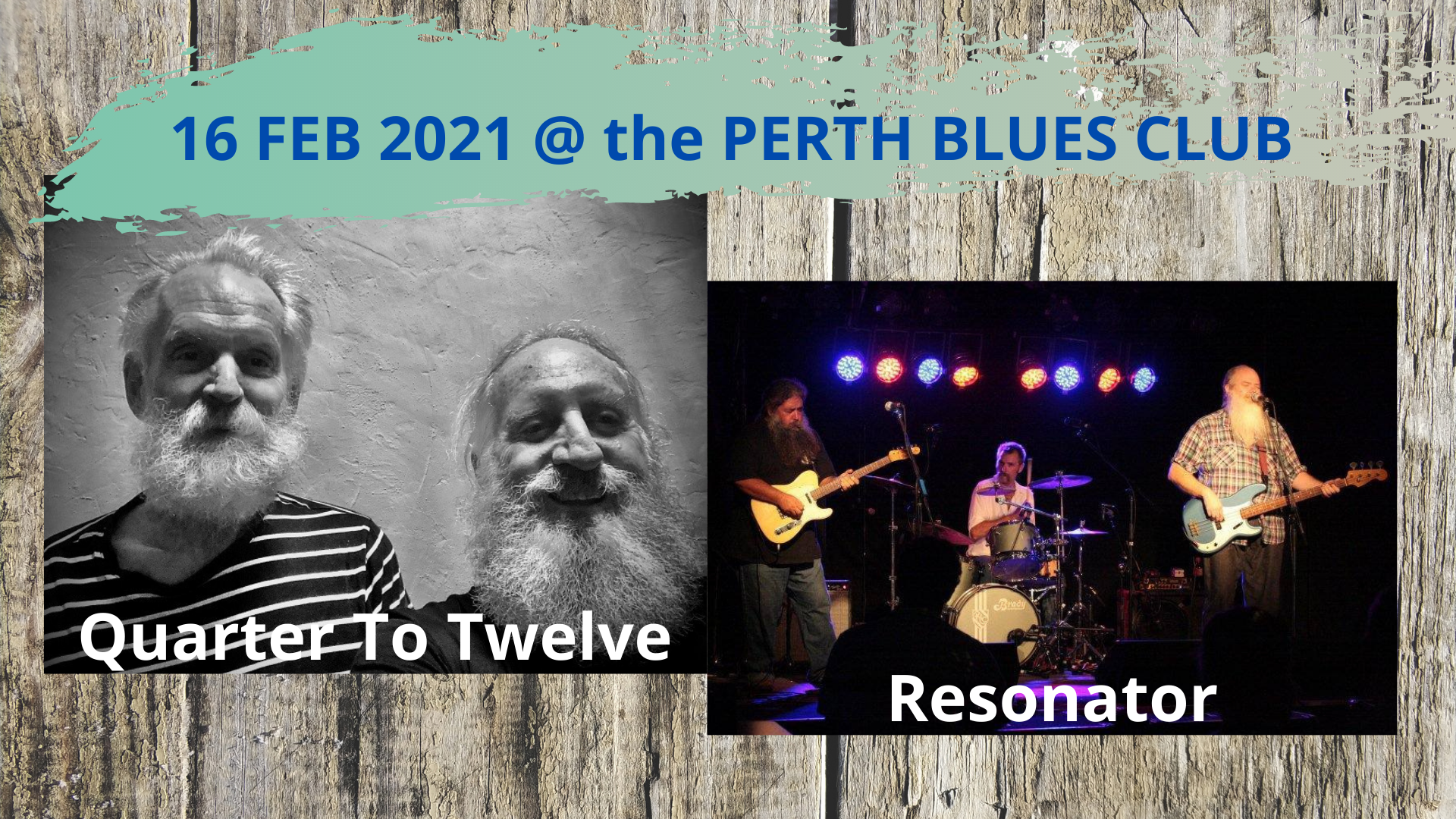 Quarter To Twelve are Ron Smeeton on guitar/vocals and Howie Smallman on harp/vocals. They will be covering traditional blues and will touch on a few jazz standards as well.
Ron is a guitar specialist of many styles, and has an absolute authentic blues technique both on guitar and vocals. He has played in some legendary Perth bands from the 60s through to the present - notable being Bitch around 1974, and Tarzan’s Grip around 1977 (precursor to the Dugites).
Howie is no stranger to The Perth Blues Club, performing with The Sneekers, Lee Sappho, The Hips, and Big Town Players; and other appearances, including Harp Attacks, over many years.

The Resonator is one of Perth's most entertaining cover bands, a three‐piece outfit with a big, fat and fulfilling sound. The band plays rock and boogie classics from a wide range of styles, including electric rock, lowdown blues, acoustic country and funky grooves.