Please be advised that PLANET at Howler has been cancelled due to the governments ban on mass gatherings due to COVID-19. Ticket holders have been contacted with all relevant information.

Diving headfirst into 2020, the band have teased the final single 'Imaginary' from there highly anticipated EP 'Maybe Someday'.

A haze of dreamy guitars and thumping heartbeats punctuate ‘Imaginary’ through its gentle build up to a wash of colour and reverb through its chorus.

The song is the perfect sonic maneuver in the aftermath of previous singles, ‘Reason Why’ and ‘Never New,’ both of which appear alongside ‘Imaginary’ on the five tracks featured on Maybe Someday.

A band famous for their rollicking live shows, PLANET have also announced they’ll be taking the songs of sophomore EP 'Maybe Someday' on the road this April & May, kicking off in Australia before ending in the UK. 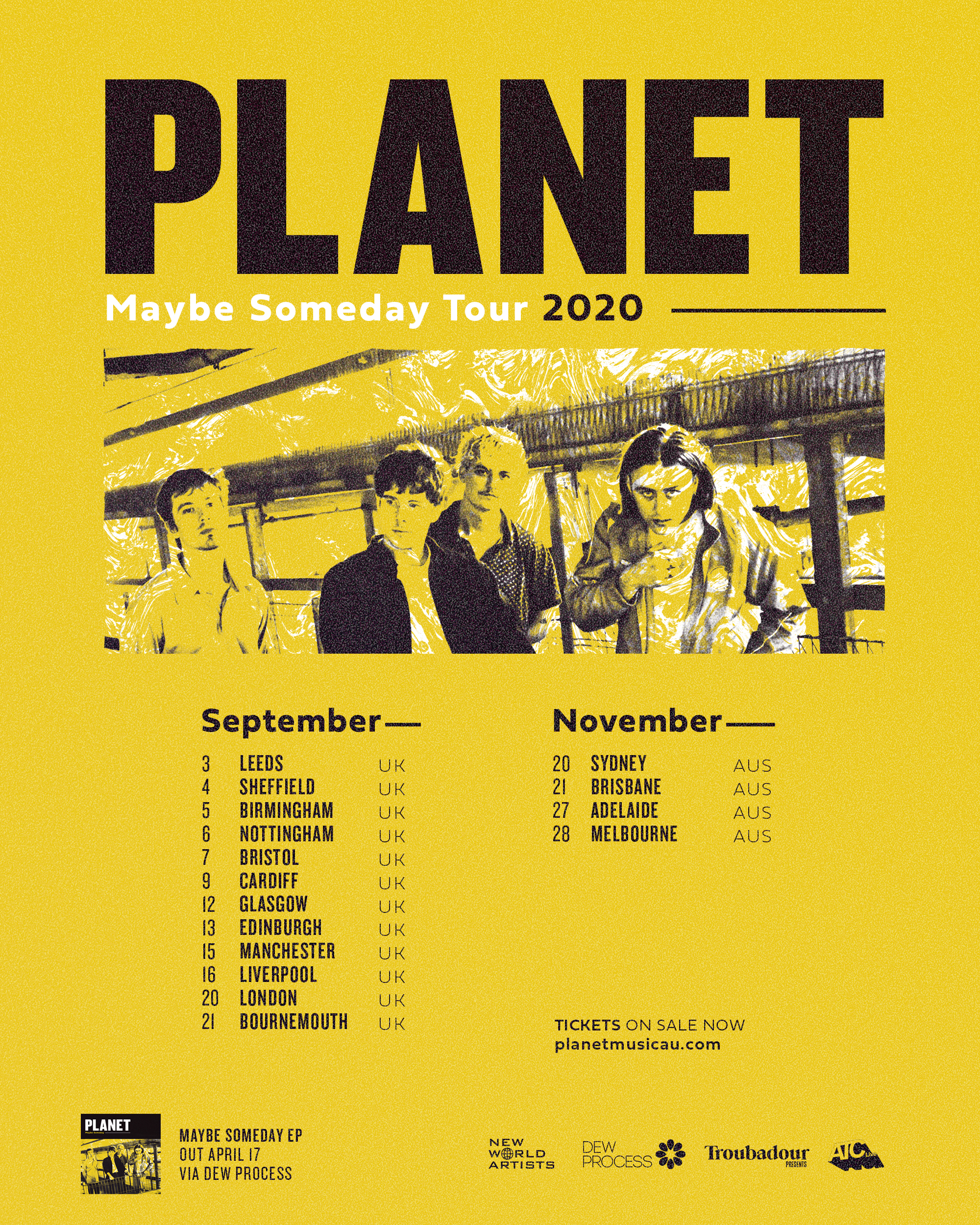 The Veronicas – ‘The Secret Life Of… 15 Year Anniversary Performance’