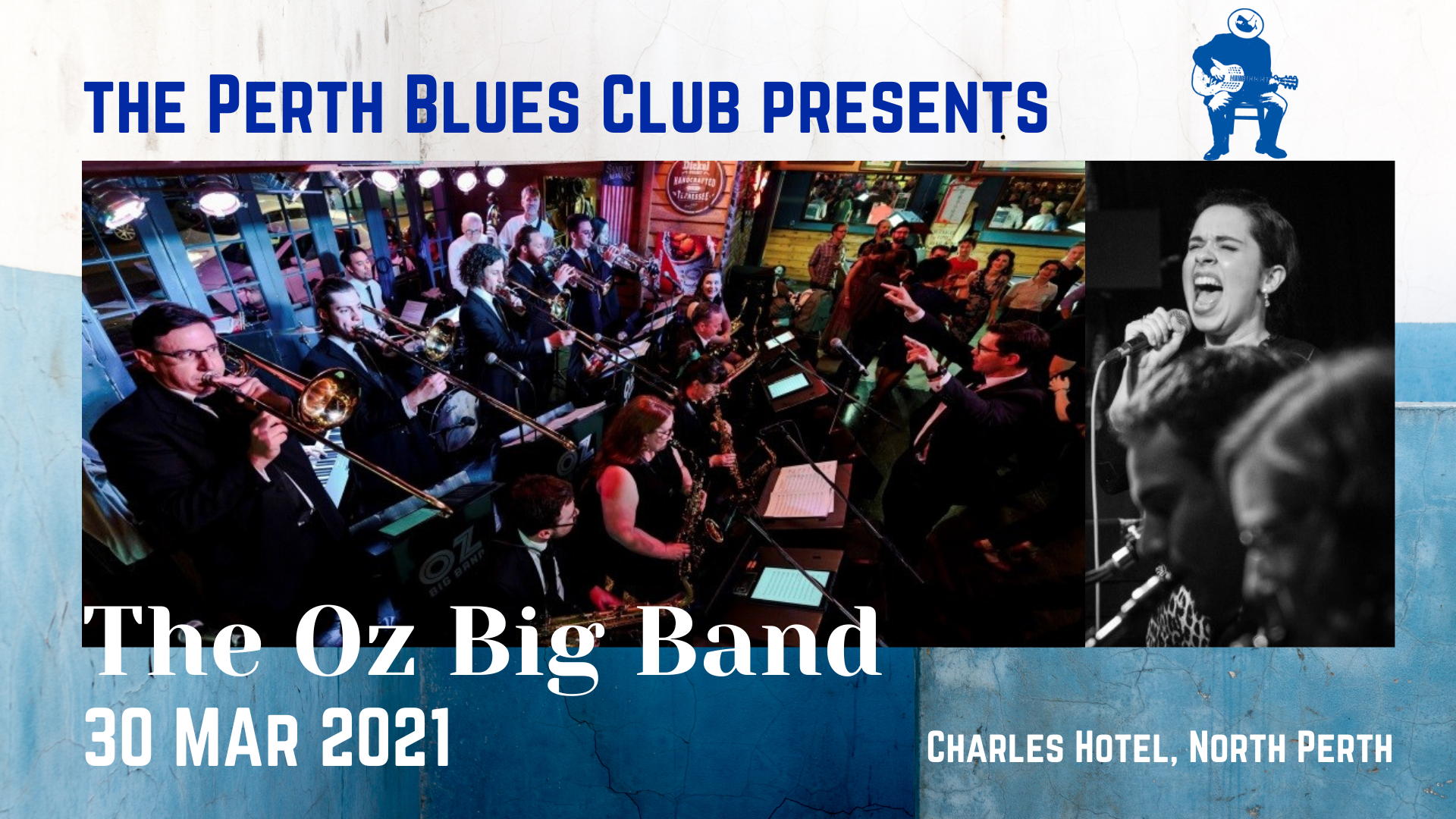 The Oz Big Band has been performing for the community in and around Perth since the 80s. Since 2010 they have held a residency at The Mustang Bar, Northbridge and have become one of Australia’s most sort after dance bands. Touring the Eastern States no less than 7 times in the past 10 years, The Oz Big Band has developed a quality all of its own. Itching to dive deep into their Blues repertoire for their first ever Perth Blues Club show, The Oz Big Band will be exploring the roots of Jazz Big Bands along with many ‘down and dirty’ tracks from the past 100 years of Big Band music. On the mic, vocal extraordinaire, Leah Guelfi will lead the band through many ‘Jook Joint‘ favourites including blues tracks from The Duke, The Count and Mr Jones…., Quincy that is! A 17-piece feast for your ears, enjoy, The Oz Big Band.