Moon Boots hits Brisbane in March for an epic Day Party in Fortitude Valley!! When Moon Boots hits the booth, he’s got one mission: to give you the best night of your life. 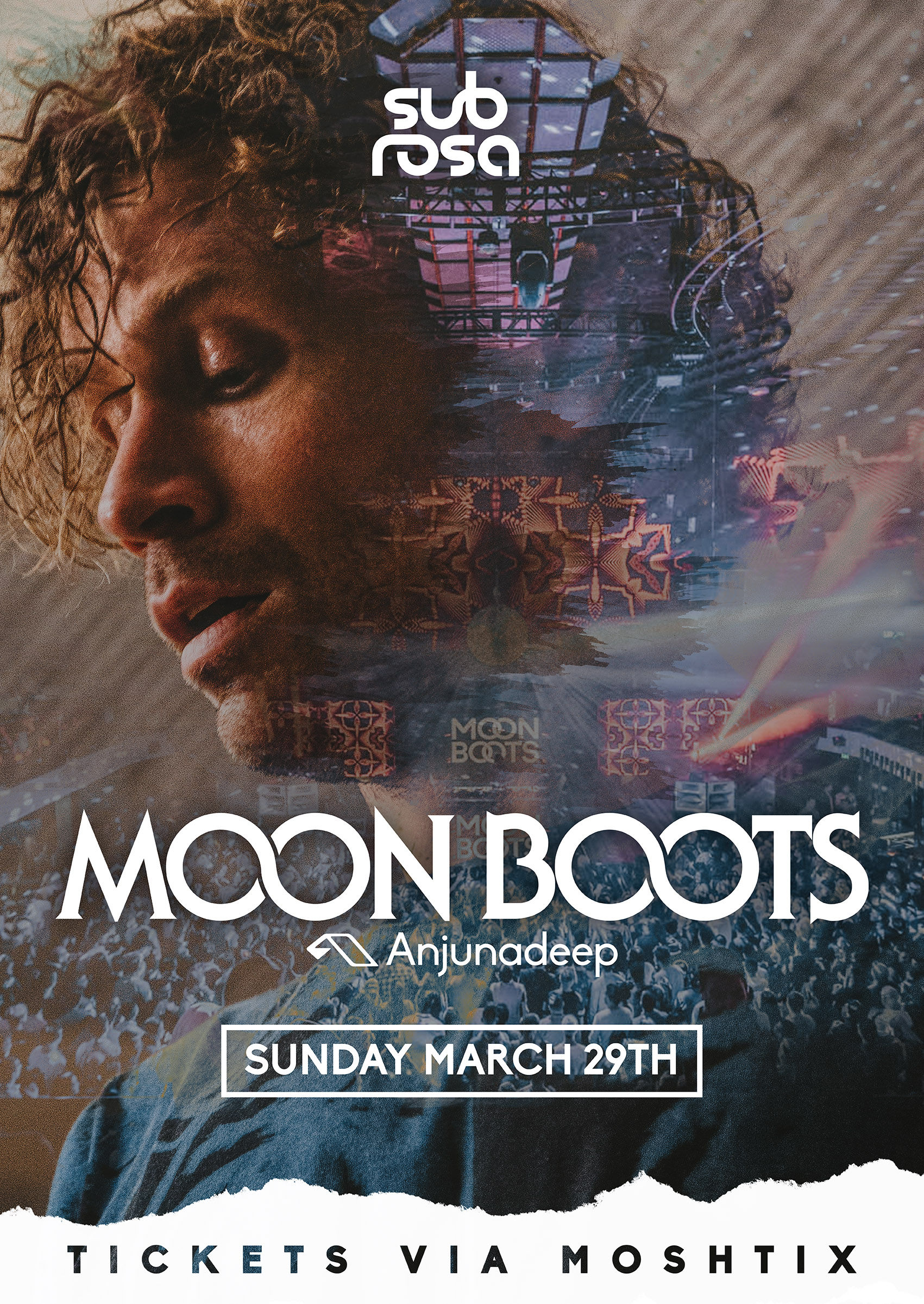 When Moon Boots hits the booth, he’s got one mission: to give you the best night of your life. Whether playing at iconic clubs like Chicago’s Smart Bar — where he cut his teeth watching legends like Frankie Knuckles and Derrick Carter — or the world’s biggest festival stages, he gives people a release they’ll remember long after the party’s over.

Born in Brooklyn, Moon Boots’ (birth name: Pete Dougherty) musical obsession started not long after he could walk. His early love of piano lead to a passion for keyboards and synthesizers. Teenage nights lost in the work of Daft Punk, A Tribe Called Quest and Herbie Hancock followed. Then came college years at Princeton University, where he shelved an Engineering degree to dive into the musical abyss.

Knowing what he was meant to do, he moved to the house music epicenter of Chicago, where he tirelessly passed out demos to local DJs and scoured the web for like-minded people with whom he could share and expand on his sound. He played in a synth-pop trio whose demo caught the attention of Lupe Fiasco, and after a stint touring alongside the hip-hop icon, Dougherty went back to DJing with a renewed focus.

The stars aligned when he had a chance encounter with Perseus, founder of an adventurous new label, French Express. A fellow junkie and fan of French House and R&B-infused dance music, Perseus became a friend and mentor, the Splinter to Boots' Donatello. The label eventually disbanded but Boots has stayed true to his mission of making dance tracks that can’t be confined to one style. Pete blends the music he loves --  jazz, house, funk and soul -- into songs that last longer than their runtime. Songs not just for DJs, but for everyone.
After moving back to Brooklyn, Dougherty was introduced to the beloved Anjunadeep crew. His relationship with the label and their artists has flourished, leading to his debut album First Landing (out August 4th.) It’s an album where cavernous club music meshes with classical melodies, warm harmonies, and bright and beloved melodic soundscapes riddled with soul.

12 Long years! Thats one hell of a ride, and we are going to party big. more »

Say your farewells to the weekend by cruising the Broadwater in style with cocktails in hand. Smooth beats played by our YOT Club favourite DJ Mark James. more »