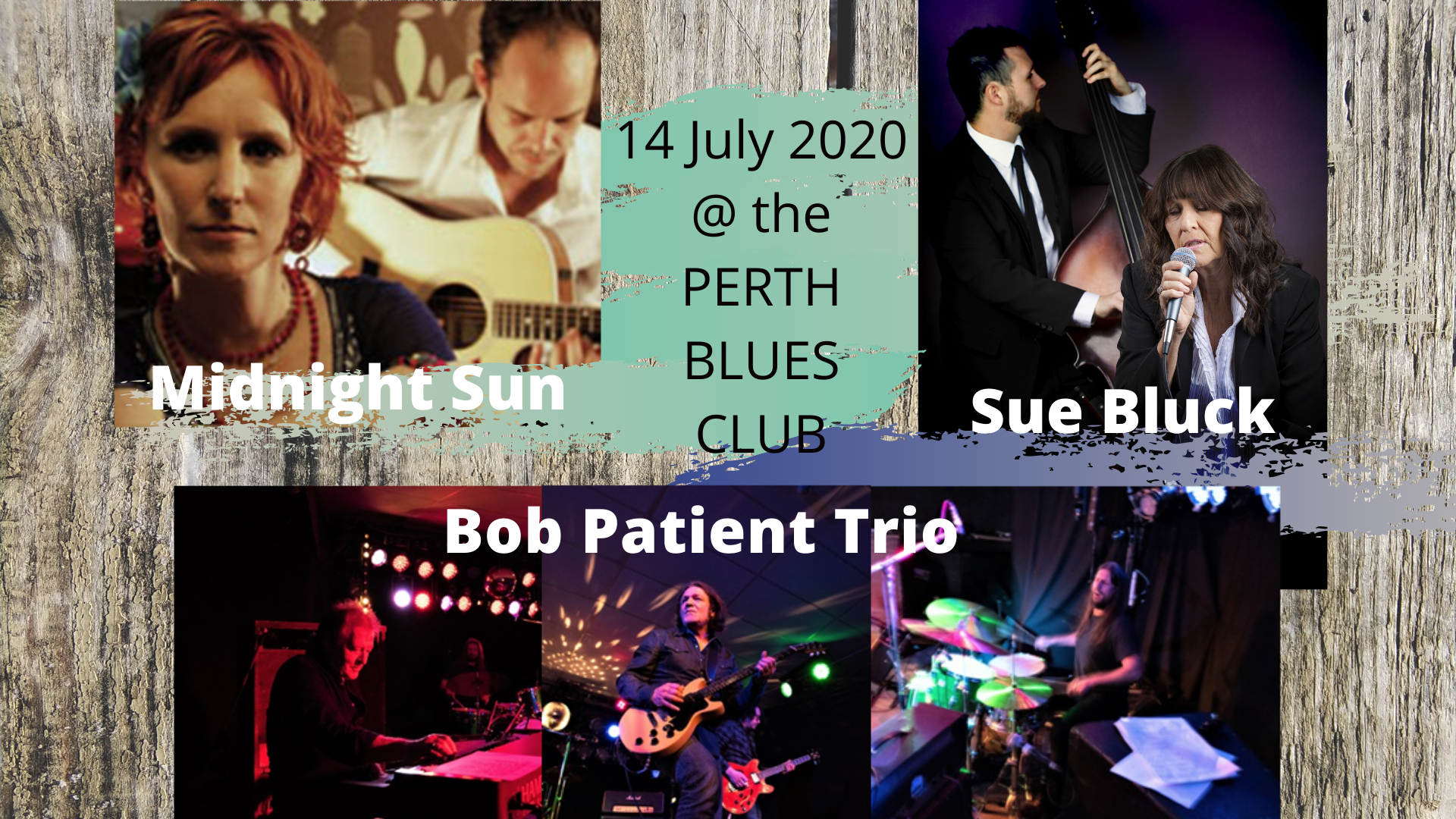 Midnight Sun is an acoustic duo in Perth WA who is known to entertain the troops with their spin on songs of old and new. Jase is one of Perth’s top and most well known guitarists, who plays lead for Murphy’s Lore and Magnificent 7. Kat was the keyboardist for the Bad Boys of Blues, Stingray and recently four-piece rock band Blue Gene, as well as guesting in some of the Perth Blues Club’s special event nights. With Jase on acoustic guitar and stomp box, and Kat on the ivory tinklers and lead vox, this duo is a far cry from the regular duos that are out there in the Perth area.

Sue Bluck and her group pay respect to some of her favourite piano playing singers. The quartet plays classic songs from the Blues/Jazz songbooks - featuring of some of Perth’s finest musicians with John Pin on guitar, Joe Powell on bass, Garry Howard on drums with Sue on keys and vocals.

This is a Hammond trio featuring Bob Patient (Hammond organ and bass), Dom Mariani (guitar and vocals) and Waz Hall (drums). It started when the guys were touring Europe with the 5-piece Datura 4. Bob and Waz introing the gigs as a 2 piece. As it was received so well the guys decided to continue with it in Perth and ad Dom's Guitar and vocals.
The trio perform Blues standards from the masters like Taj Mahall and Muddy Waters, songs from the great Hammond players like Jimmy Smith and original Rock written by Dom. So this is a hard hitting Blues/Rock fusion Trio.