ME FIRST & THE GIMME GIMMES

Offer code accepted. Tickets that have modifications are highlighted below.

No way, get F**ked, F**k off! Grab hold of your budgie smugglers because just when you thought you’d never see our faces again ME FIRST AND THE GIMME GIMMES are heading back Down Under!

We are bringing you and your Uncle Bob the Am I Ever Gonna See Your Face Again?! 2023 Tour.

Don’t worry New Zealand, you made our shit-list too, we will be heading across the Ditch, to you, in all our Gimmes glory! FEBRUARY 3 - FEBRUARY 18, 2023 The Gimmes will be coming to a town near you!

For the uninitiated, Me First and the Gimme Gimmes consist of Joey Cape (Lagwagon) on guitar, Chris Shiflett (Foo Fighters) on lead guitar, Dave Raun (Lagwagon) on the drums, Fat Wreck-head-honcho/NOFX main-dude Fat Mike, and rounded out by the incomparable crooner, Spike Slawson. Together, Me First and the Gimme Gimmes are an outfit that has always operated more like a beer-hall Pussycat Dolls than a regular mortal band.

When duty calls for one of the Gimmes to perform with their other band, rest assured a traveling Gimme will step in. John Reis, you guessed it, guitarist and lead vocals for Rocket from the Crypt or Jonny “2 Bags” Wickersham from Social Distortion will be filling in and on occasion or maybe CJ Ramone from a little band you may have heard of, The Ramones, will sub for Fat Mike. Most recently we saw the UK import, Pinch from The Damned, on the skins. You never know what star-studded lineup you will get at a Gimmes show, but you know it will not disappoint. 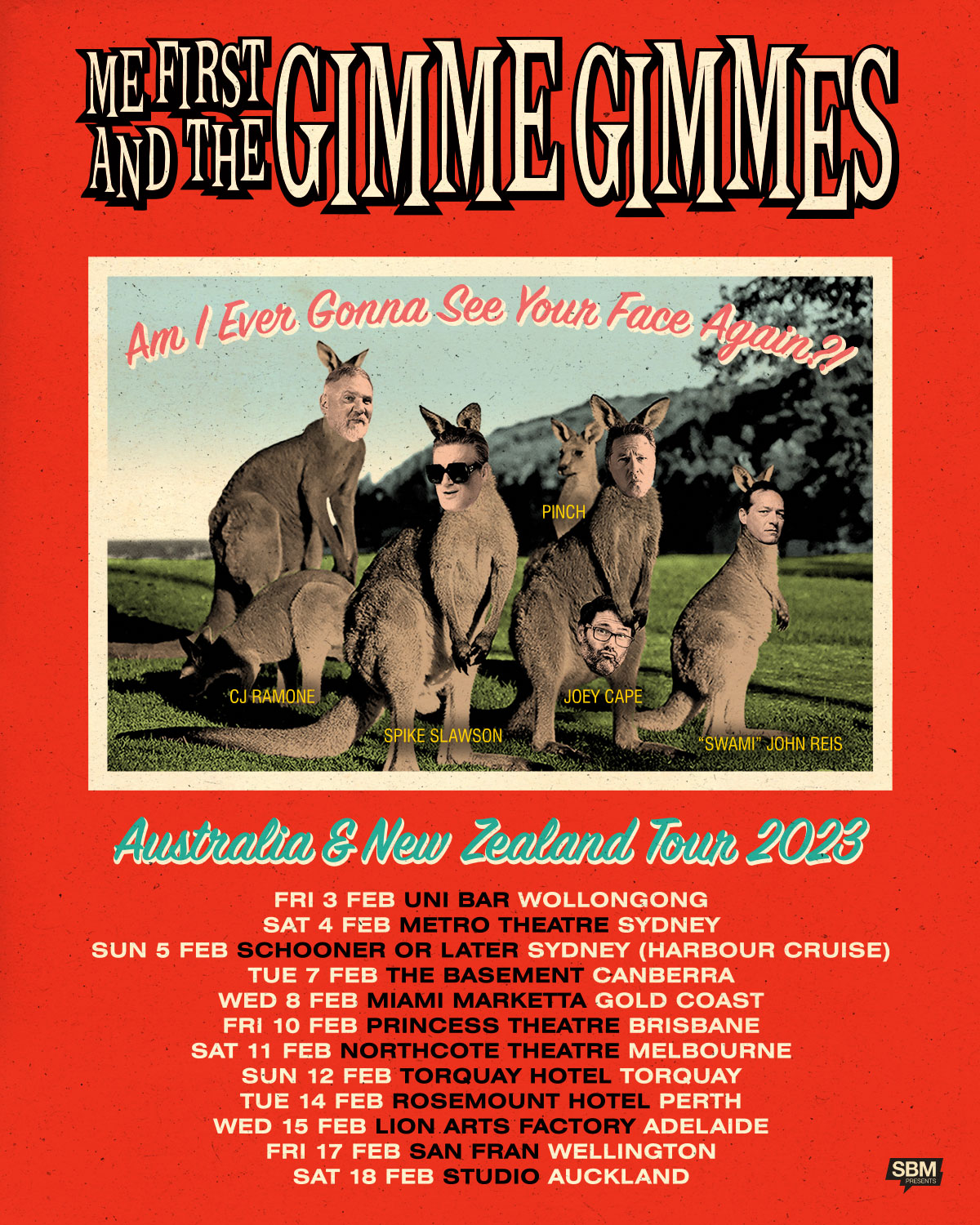 Down and Out "Cyclone" Launch Show

NO FUN AT ALL