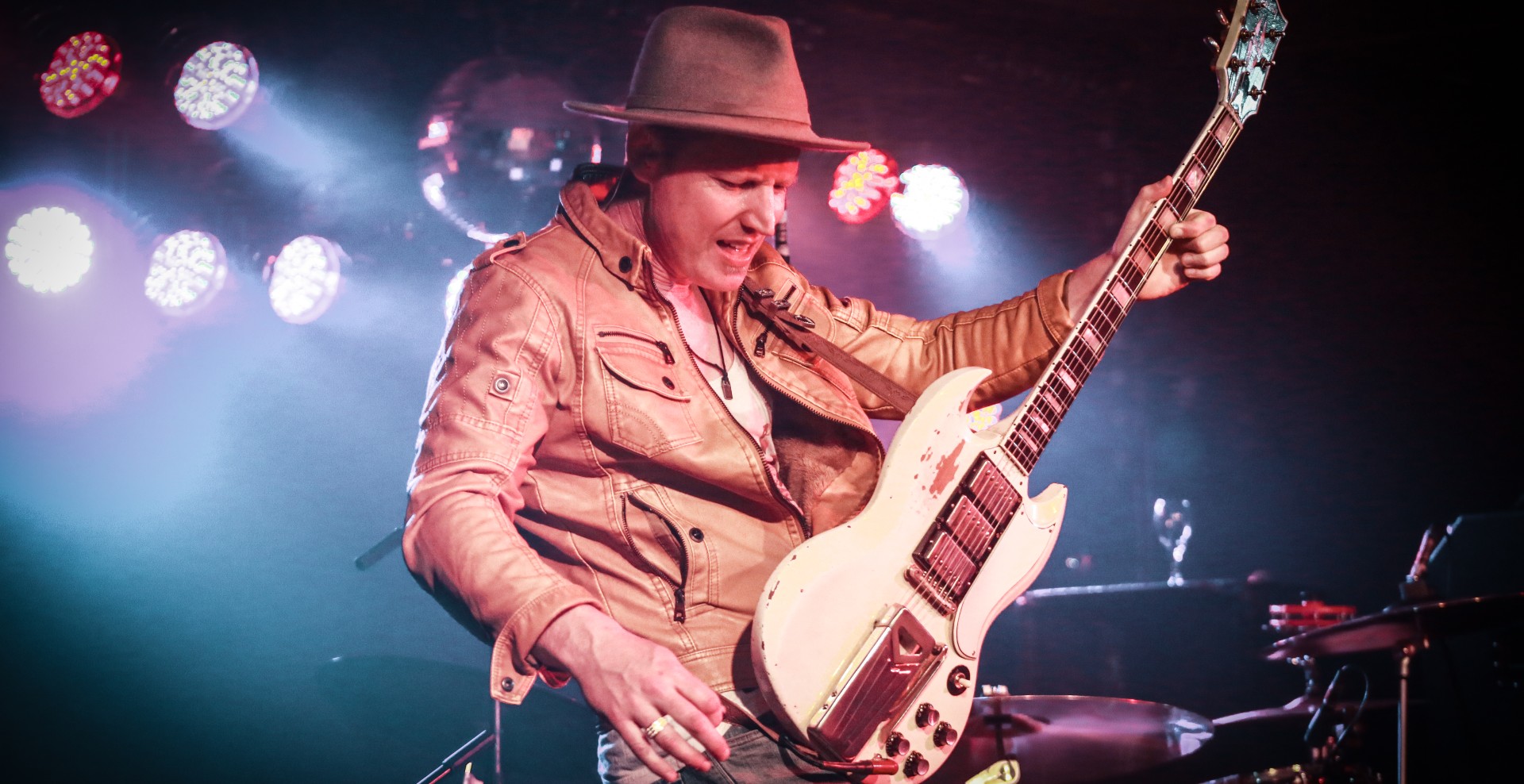 From sweet blues to gritty stomping blues beats, and now having
seven nominations in the prestigious Independent Blues Awards in the USA and
three back-to-back Number One Australian Blues albums, this is an artist you
do not want to miss, as Matty T Wall returns to the stage for the new
decade, more motivated and addictively electric than ever with two rhythm
legends of the scene, Ric Whittle and Leigh Miller.

This is in no small part due to the worldwide acclaim that was brought upon
Transpacific Blues Vol. 1, the collaborative album that saw Wall duetting
with US blues guitar greats such as Kid Ramos, Walter Trout, Eric Gales,
Kirk Fletcher and fellow West Australian, Dave Hole. The album was released
internationally via Memphis label Select-O-Hits and by Only Blues Music in
Australia.

Transpacific Blues Vol. 1 was met with rave reviews around the world,
hitting the Living Blues chart in the US and making the grade in none other
than Joe Bonamassa’s ‘Cutting Edge Blues – Best Of 2019’ Spotify playlist.
The great man of blues guitar handpicked Wall’s run through Hi Heel Sneakers
with Eric Gales. For Wall, it’s a great shot in the arm.

“Matty T Wall, an extraordinary blues-rock guitar player, singer,
songwriter. Echoes & elements of rock from the 60’s, but Wall’s voice hurls
it into the 21stcentury, his dazzling guitar licks and solos not of this
world. Wall is entitled to a little swagger—he has the chops to pull it off.
Extraordinary guitar player. Jazz flavors, soul. Gritty blues-rock, rock &
roll, with outstanding musicianship.” – Martine Ehrenclou, Rock and Blues
Muse, Los Angeles USA, Sept 2018

Perth’s own Drum Legend, mister Ric Whittle is on the beats and joining
him is the fiercely talented Leigh Miller on bass, as this rhythm section,
the most successful rhythm section of the legendary Vdelli, backs up a one
Matty T Wall on vocals and guitar, bringing you the most explosive blues
sound Perth has seen in decades.